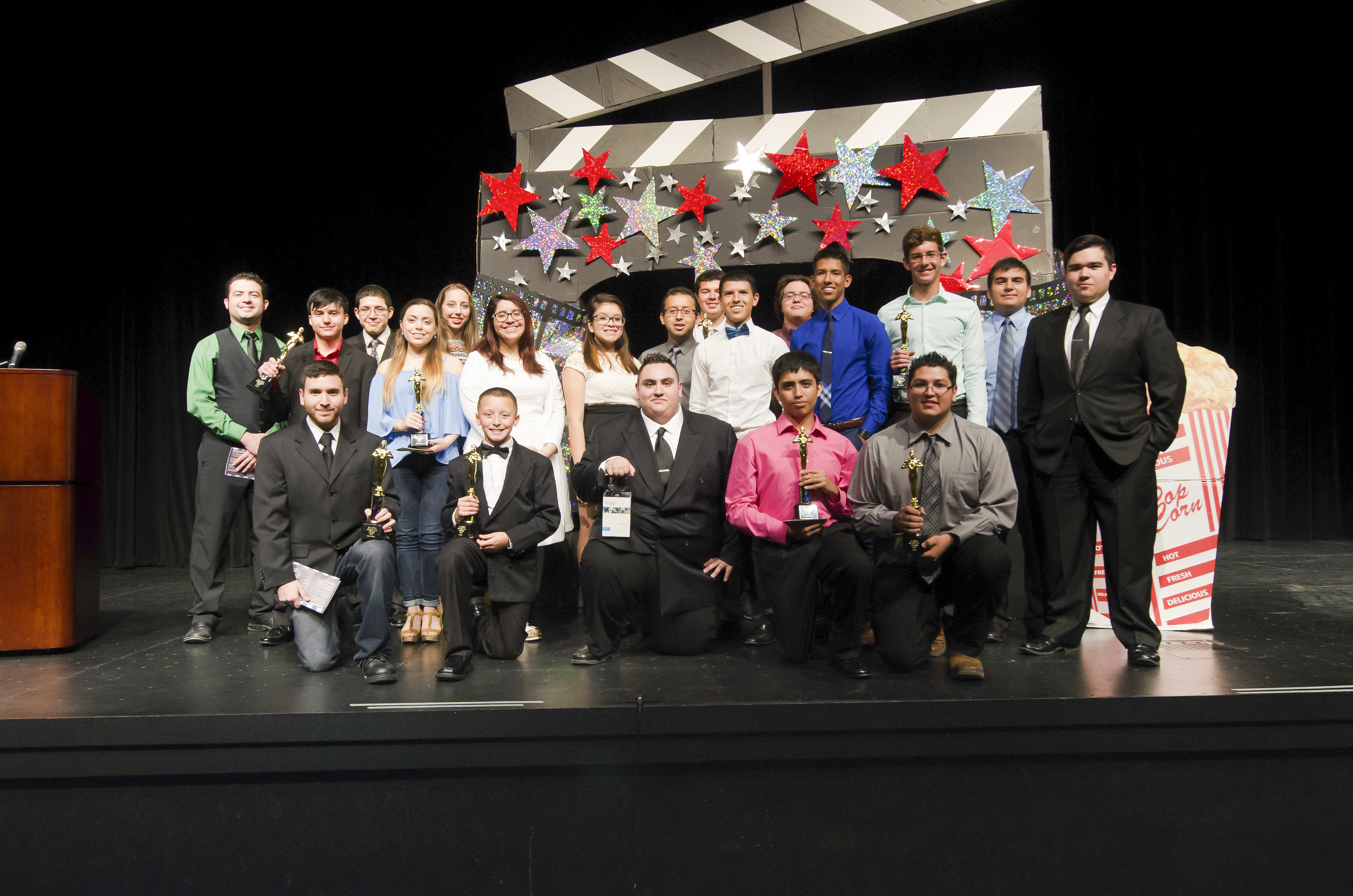 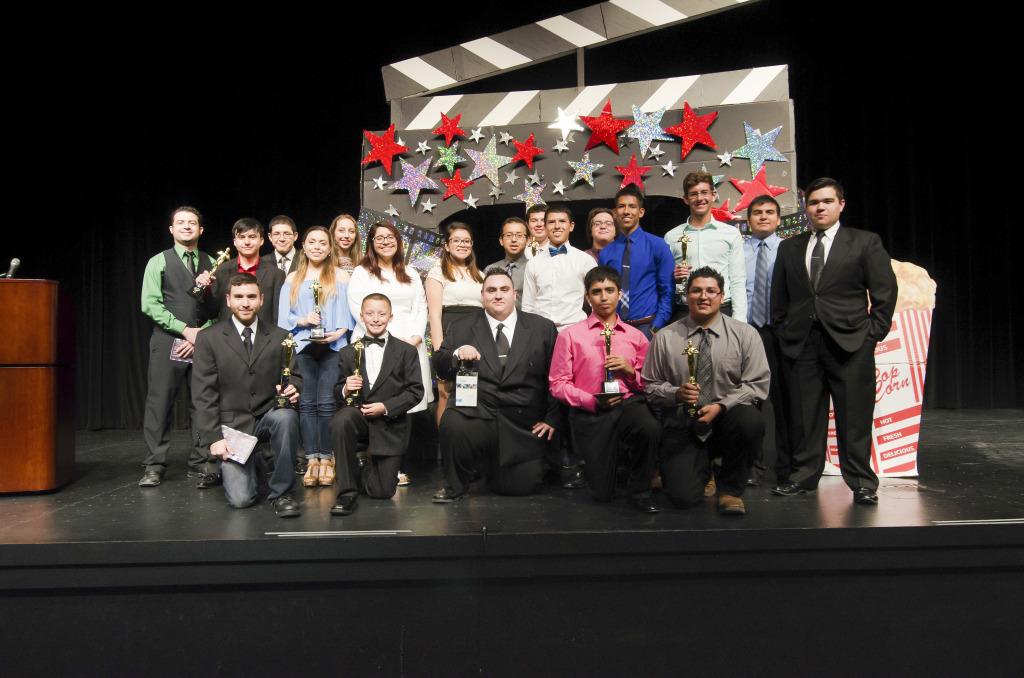 Aspiring actresses, actors, directors and producers from schools across the Harlingen Consolidated Independent School District walked the red carpet at the Fourth Annual Student Film Awards on April 24 at the Performing Arts Center.

Hosted by the KHGN Video Production class, student video submissions were showcased in 15 best of the best categories with the highly coveted Student Film Award being presented at the end of the night. Golden statues were presented for the top films in Horror, News, Highlights, Comedy, Best Editor, Music Video, Best Director, Best Actor, Best Actress and Best Overall Video among others.

“This event is an outstanding opportunity to recognize all of the time, hard work, and dedication that our students put into their video projects,” said Patricia Guajardo, HCISD media tech instructor. “For the students who are truly passionate about editing, directing or acting, we want to encourage them to follow their dreams if they wish to pursue video production as a career.”

Serving as the host of the evening’s ceremony was KRGV Channel 5 Reporter Steve Soliz.

Though students may have been the main winners of the evening, their instructors were just as excited to see all of the students involved succeed. Administrators, parents, students and community members were also in attendance to support the nominees.

With all of the excitement, students hope to have the chance to continue to show off their work in college and beyond. For some, the class was the eye-opening experience they needed to solidify their career choice for the future.