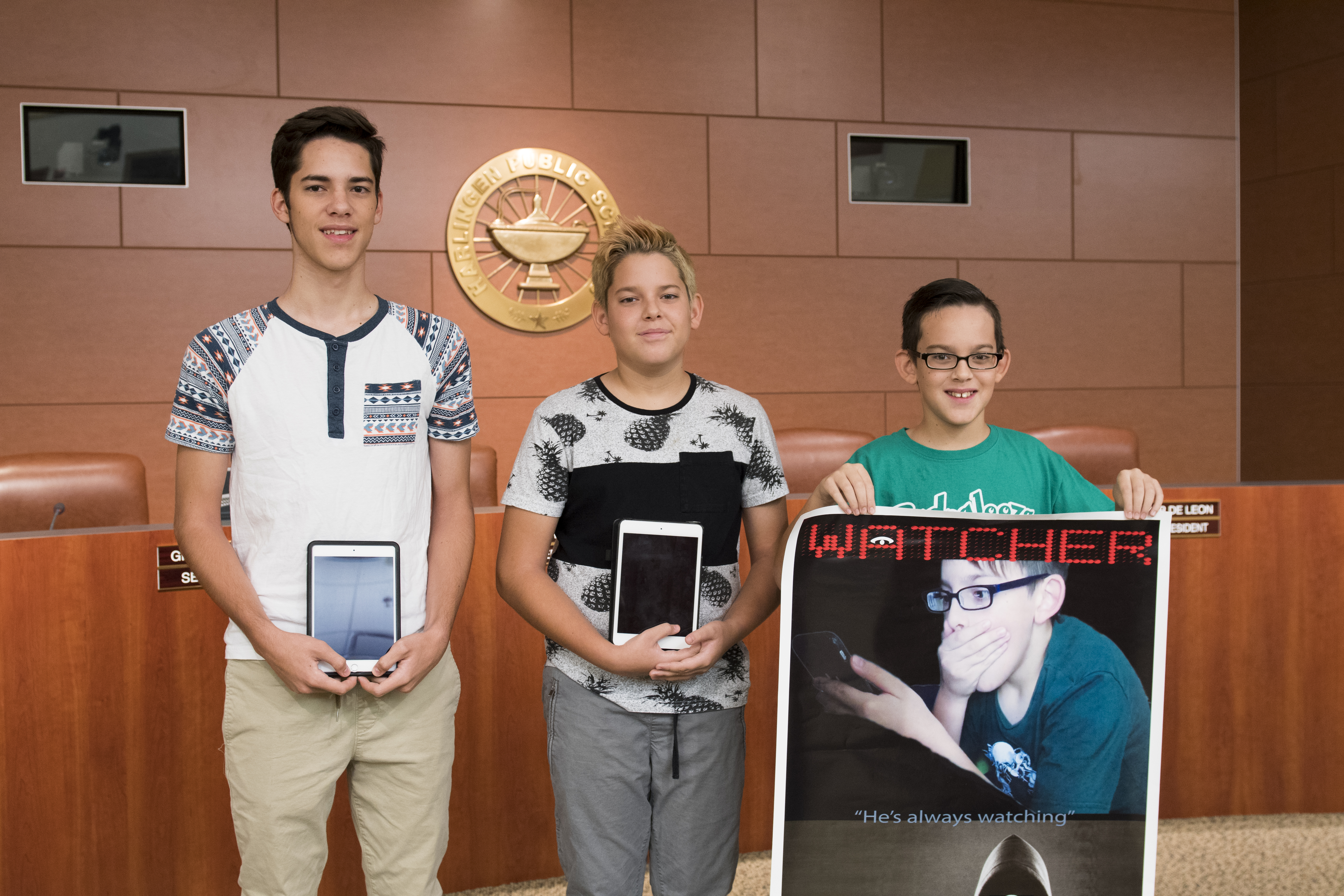 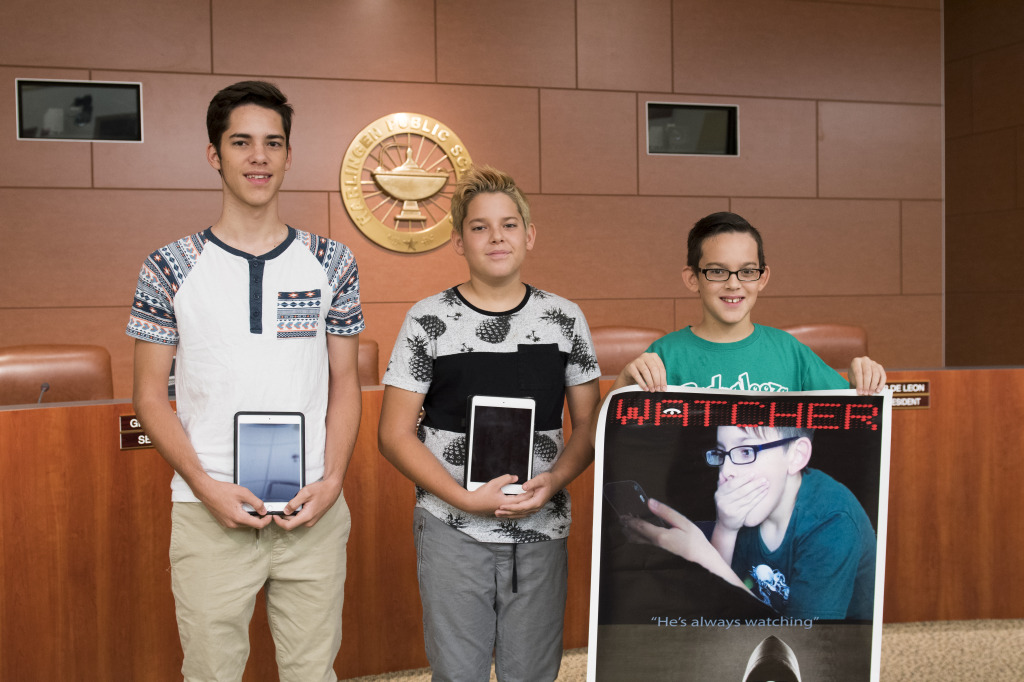 The trio used part of their vacation from school to record, edit, and complete their film, “Watcher,” during Spring Break 2016. While Lucas recorded and edited the video, Drew took the role of lead actor, and Troy came up with the ideas and did some acting in the film as well.

“I was the main character,” Memorial 7th-grader Drew Benitez said. “The acting part was my favorite. I had acted before we made a movie for fun, but the acting in Watcher was different because it was a whole different story line. We had to work harder on the camera angles and making better facial expressions because we knew this one was going to the competition and we wanted to win.”

Semifinalists were selected based on popular votes and judge scores. Each full view of their film on Vimeo counted as one vote, and a team of 10 judges scored each video. The videos were judged based on theme, creativity, editing, and the use of certain elements in the film such as the inclusion of a monument and the line “Gotta Catch Them All” in their movie. Finalists received a special screening of their film at a private event at the Alamo Drafthouse in Austin, Texas on the evening of June 7, 2017.

“My favorite part was how much fun it was and all the funny moments we had while we were working on this project,” Vernon 8th-grader Troy Benitez said. “I learned that it is better to work together, especially with family, rather than working alone.

The video came together as a huge family collaboration. The Benitez brothers came up with the ideas and produced this video, but they received a lot of support from their family.

“Your brothers are the best team that you could have,” Harlingen High School senior Lucas Benitez said. “If I were to have done this with friends and we won, it would have felt good, but it’s better doing it as a family because you get to go through this experience with them. I would like to thank our uncle Fred Benitez because he is the one who actually told us about the film and actually encouraged us to work on it nd then our parents and older brother Noah Weston helped us review our video and gave us advice on how to make it better.”

As Grand Prize Winners, the team of three each received an iPad Mini 4 and a tripod.