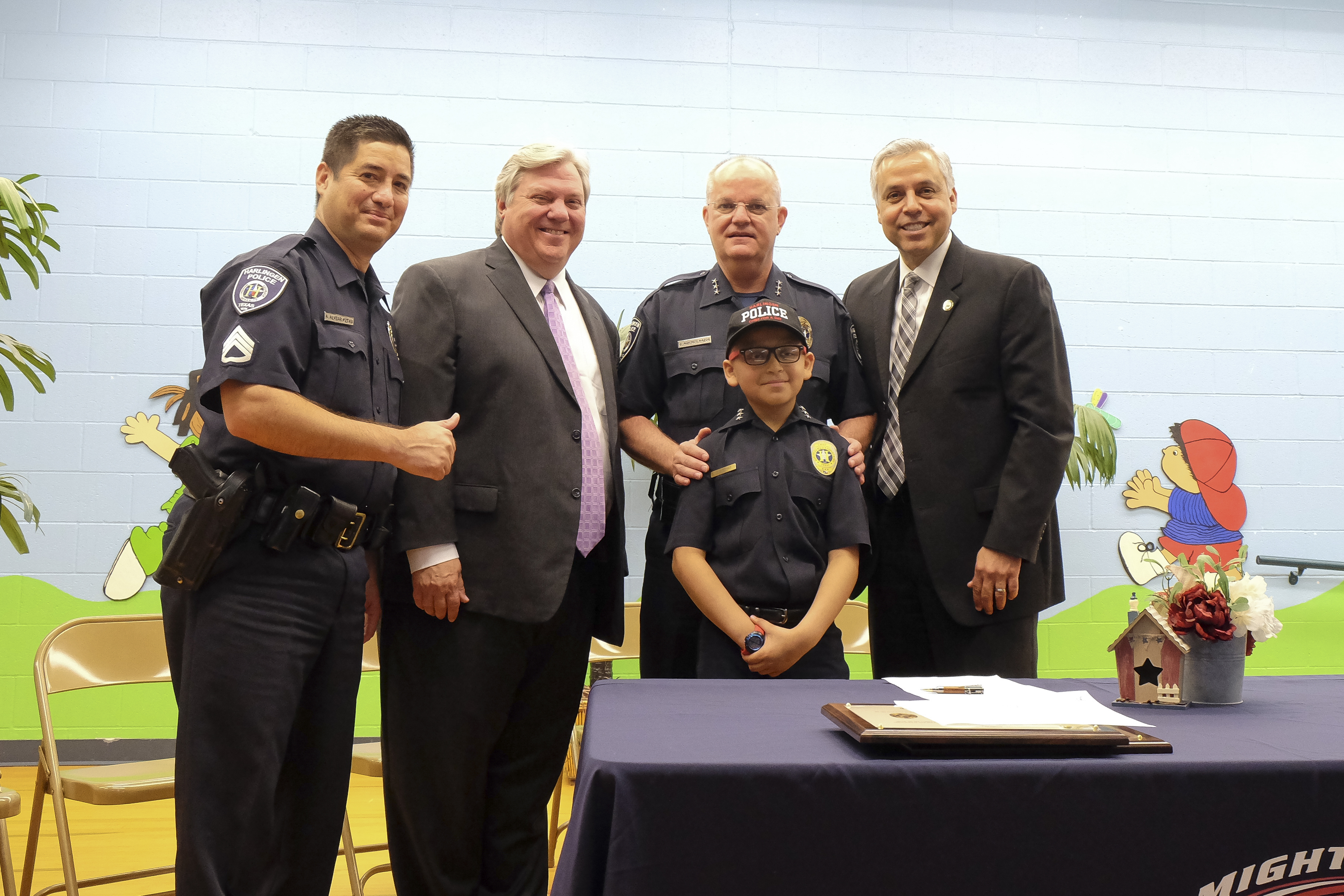 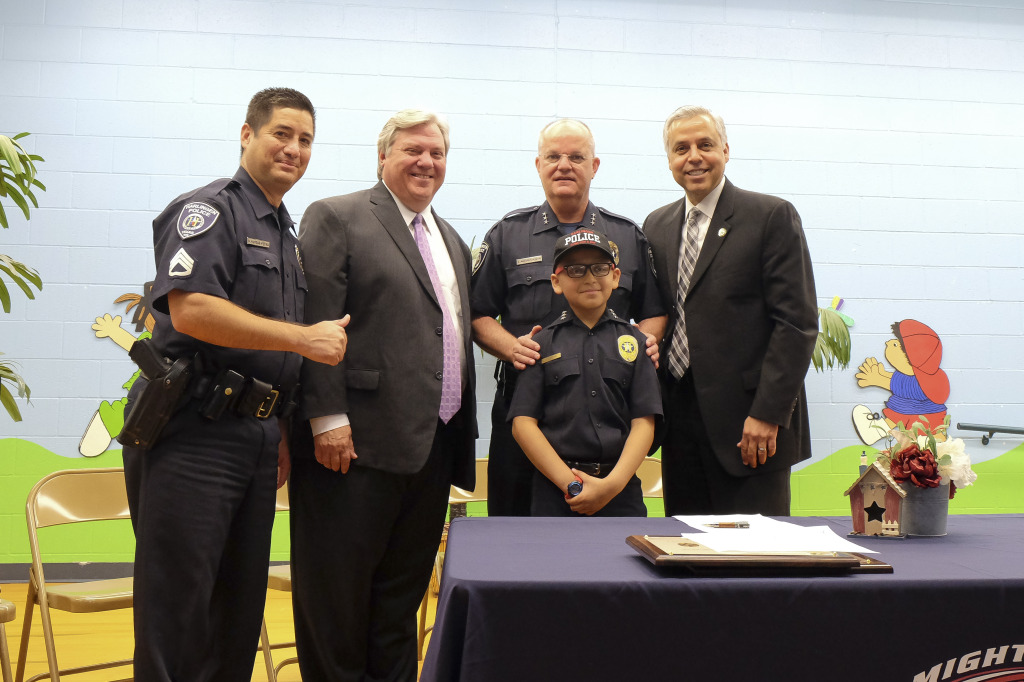 Red and blue lights flash, and a police siren goes off. The reflection in the rearview mirror of the black and white police car shows an eager fifth-grader in the passenger seat, the new Harlingen Police Chief about to conduct a traffic stop.

On June 2, 2016, Neo Martinez from Sam Houston Elementary had his wish come true – to become a police chief for a day.

Martinez, who has been battling cancer, started his morning at Sam Houston with a swearing-in ceremony surrounded by his peers, teachers, staff, and family. At the ceremony, Mayor Boswell proclaimed June 2, 2016, as “Neo Martinez Day” in the City of Harlingen.

One look at him, and all anyone could see was an infinite grin from ear to ear and a happy twinkle in his eye.

“This means everything to me and also to my son. Just look at his face,” says Neo’s mother, Gloria Martinez. “He is very excited, and we are very grateful and happy for this opportunity. This is probably the best thing anyone can do for him.”

Neo got to spend the rest of the day learning what it meant to be police chief. He held an executive meeting at the police station, conducted a traffic stop, and ran the police department for the day. He also grabbed a bite to eat at Chick-fil-A, one of his favorite restaurants.

“It was a lot of fun. I got to get in the police car, turn on the siren and pull someone over,” says Neo.

The Harlingen community came together to make Neo’s wish come true with the collaboration of Sam Houston staff, HCISD, and the Harlingen Police Department.

“It’s very touching to come to an event like this. It shows us what hope, courage, and perseverance are,” says Superintendent Dr. Art Cavazos. “It is a very special moment not only for Neo but for the whole Sam Houston community to understand the importance the community coming together to show our support for this young man. And it reminds us all that life is precious, and we need to make certain that we value every moment that we have.”

A symbol of hope for all who know him, Neo had two things to say to his classmates, “Never give up, and enjoy the chocolate ice cream.”