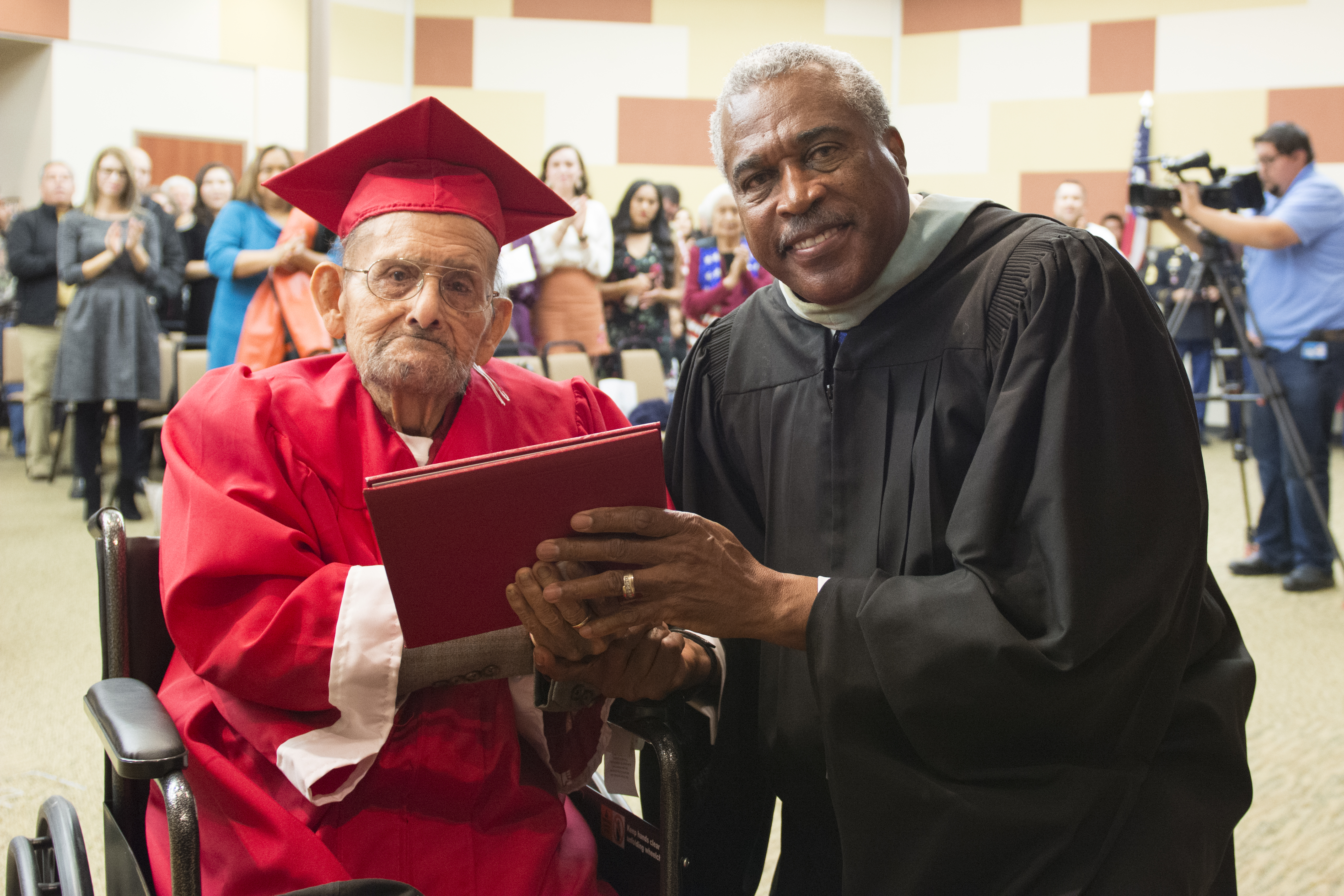 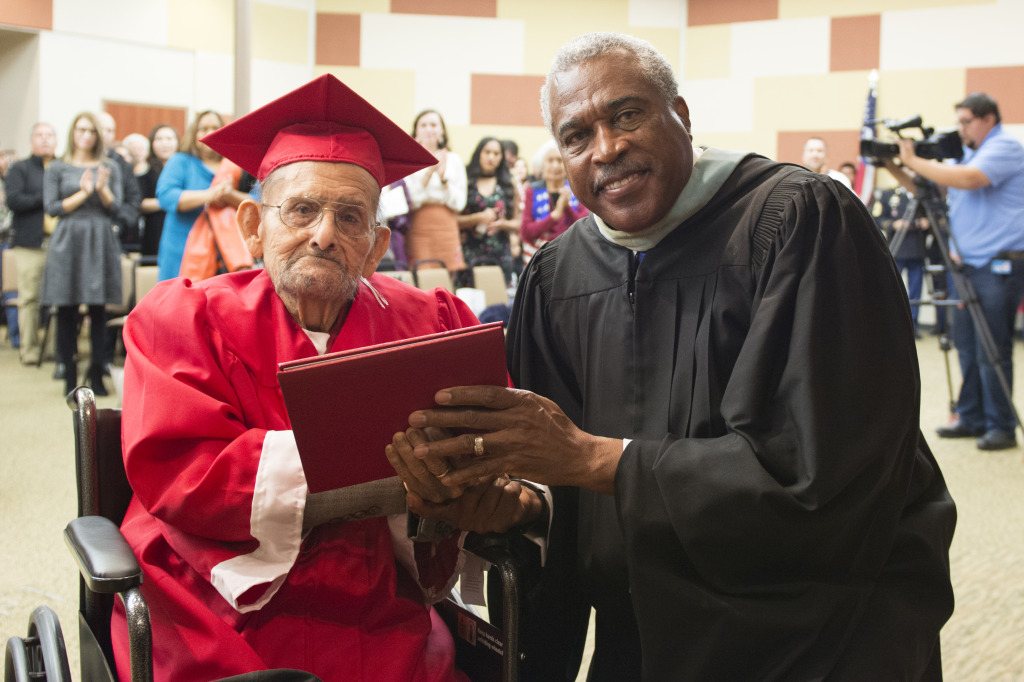 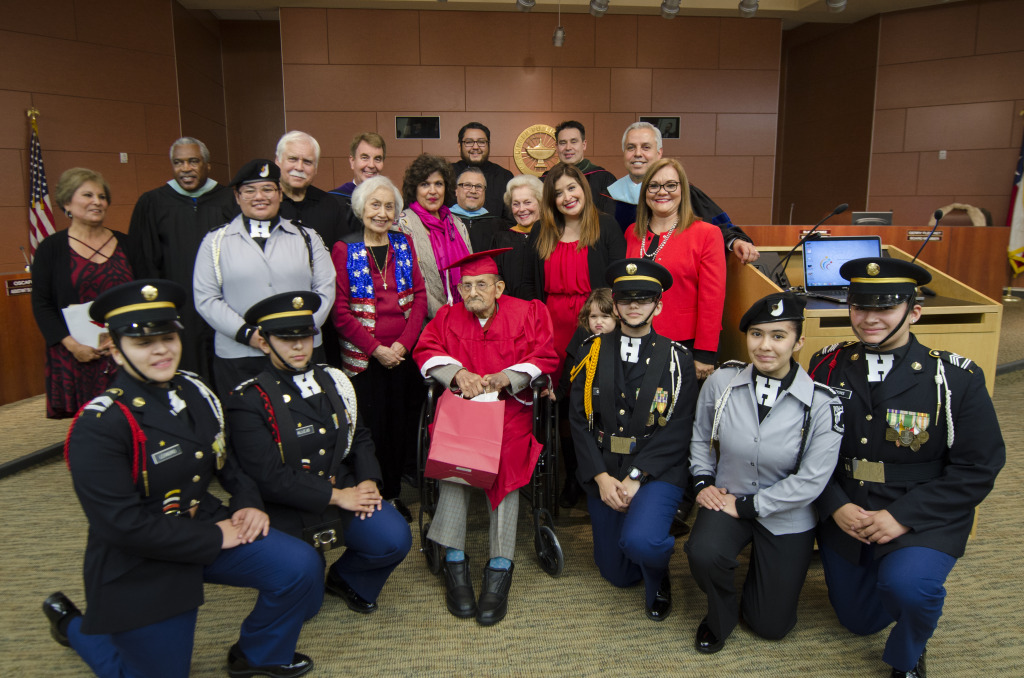 In 1942, Harlingen Public Schools student Roberto Ignacio Campos decided to give up the safety, security, and comforts of home and enlist in the U.S. Navy to serve his country in World War II. Along with that decision went his chance to graduate high-school; he was just 16 years old at the time.

Friends, family, and the Harlingen CISD community paid tribute to Campos during a heartwarming ceremony at a February board meeting.

“This is something that our family has wanted to do for a long time,” said his daughter Gloria Campos. “It means a lot to us to make my dad an official Cardinal.”

Dressed in his “Cardinal Red” cap and gown, Campos received his diploma. The entire room swelled with applause for a man who put duty, honor, and country above all else. A moving moment for all in attendance, he was also honored with a salute from members of the HHS JROTC.

The Texas Education Code 28.0251 provides for a school district to issue a high school diploma to certain veterans who meet the criteria.

Gloria Campos said while there were a couple of snags in applying for her father’s high-school diploma, thanks to the assistance of Harlingen CISD staff they were able to reach this milestone for her father.

“The school that my father attended, the Alamo school burned down, and the student records along with it. I called Mr. Hopkins [Records Management Officer] at the district, and he said that the county used to keep census records of children. I was able to get two records from 1933 and 1934 of him, his brother, and his sister all enrolled in Harlingen schools,” she said “He has been a good citizen all his life, and it thrills us today to put this little feather in his hat. We appreciate all you have done. Thank you all so much.”

Campos served his country proudly for four years as part of the U.S. Navy and was honorably discharged in 1946.