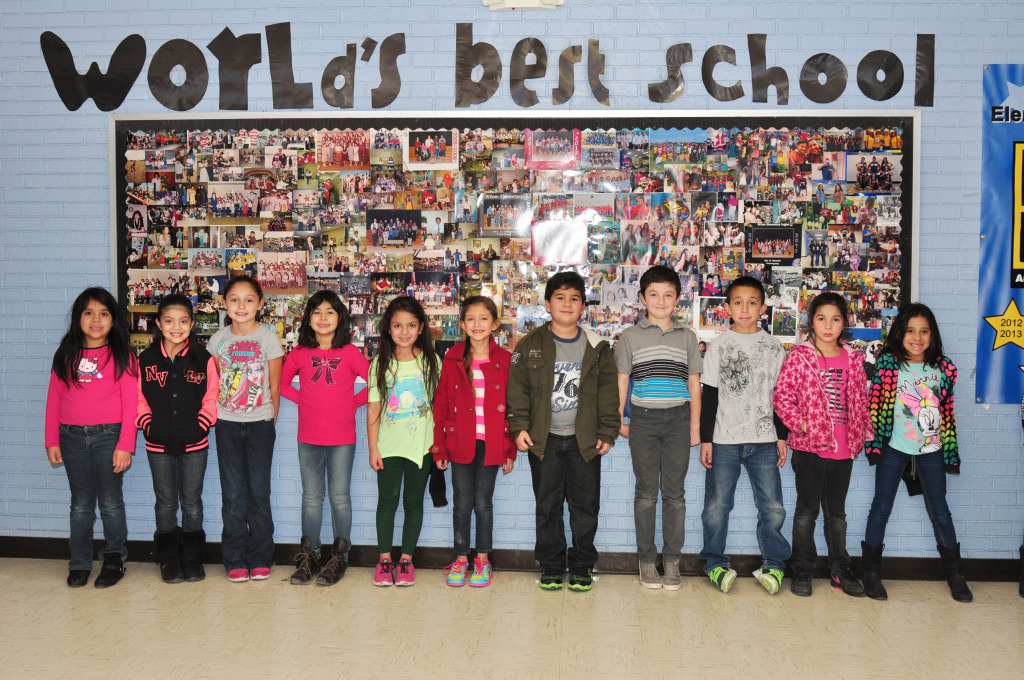 One of the Harlingen Consolidated Independent School District’s oldest campuses is hitting the century mark.

Wilson Elementary turns 100 years old this year. To commemorate the occasion, preparations are underway for a full-day celebration on February 2 – which coincidentally also marks the academic year’s 100th day of school.

In delving into its past, campus staff and administrators recall many cherished memories of their time at Wilson. Former student and Dual Language Kinder Teacher Nereida Luevanos feels that she has come full circle at the campus.

“As a kid, I loved coming here,” says Luevanos. “I knew when I started teaching that I wanted to come back to Wilson because I really enjoyed my time here. I was so thrilled to find out that a lot of the teachers who taught me were still here and I’d have the opportunity to work with them. Then when I found out that I was going to be able to bring my daughter here, I was even more ecstatic.”

Among her favorite student memories at Wilson, are the school programs that she participated in and the field days that were held to reward students for their hard work throughout the years.

Proud of her campus, she says, “Once an Aztec, always and Aztec.”

Assistant Principal Michele Todd has also had the opportunity to see the campus grow through the years, as she has served the Wilson community for over 18 years.

“I love the families in Primera,” says Todd. “It’s really neat to watch the growth and the change in the school. What’s really fun now is seeing former students bringing their children to school. We have lots of wonderful, dedicated teachers and supportive parents. It’s been fun planning this celebration. Everybody has had their hands in this, so it’s been a real team effort.”

Former staff members and students are invited to kick off the celebration by joining in an assembly honoring Wilson’s past from 8:30 – 9:30 A.M. on February 2.

Open house presentations and performances highlighting different decades will take place throughout the day, and are scheduled as follows:

The event will culminate with a College Tailgate Party from 4:00 – 6:00 P.M. to focus on preparing for the future. The community is invited to attend.

Wilson’s historical roots date back to early the 1900s, when Pierre and Marie Wilson of Hennepin, County, Minnesota, purchased several thousand acres of land extending from present day Combes to near Gutierrez Middle School and to Tamm Lane to Highway 107. The Wilsons subdivided the land and put it on the market to attract interested parties. The tract of land was christened Wilson Tract upon Pierre Wilson’s passing.

In 1915, the campus was built under the name Wilson Tract School and consisted of a wood frame building with two large rooms. From 1926 to 1928, the school underwent some additions and grew into a two-story brick building called Wilson Independent School, which employed roughly 11 teachers. The former wood frame building was designated as the school’s cafeteria. The school was torn down in 1972, and to make room for a new building in 1974. The cornerstones of both the 1915 building and the 1926 addition were saved and are currently on display at Wilson Elementary.