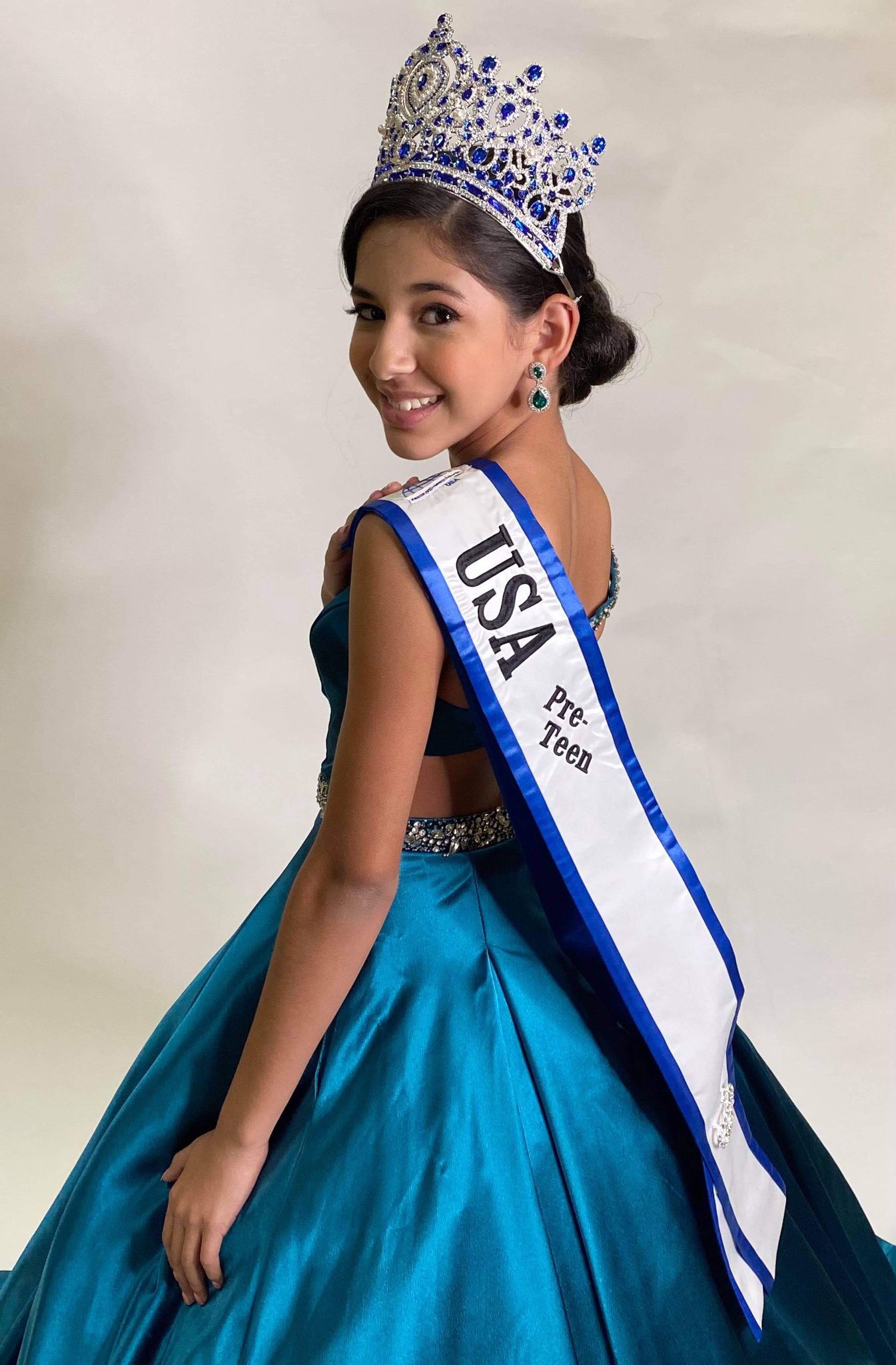 Gabriela Molina, a seventh-grader at Vernon Middle School World Languages Academy is a top 12 student in her class and an advocate fighting against animal cruelty. She was recently named Junior Miss United World USA Preteen.

When she was announced the winner, Molina was in shock.

“I actually felt like I was going to cry but I kept it in,” she said. “I was really surprised because it was really hard. It was one of the biggest competitions I have had. It was crazy.”

The events for her division included interview, fashion wear, evening gown, and an optional spokesmodel competition.

“There were four parts to the event,” Molina said. “For interview, they just asked me questions about myself. For fashion and evening, I just modeled the dresses.”

Inspired by a friend in her tumbling class, Molina began competing in pageants last year.

“Well, a friend actually got me into it,” Molina said. “But I have come to love the confidence it has built in myself and other young girls.”

Molina has competed in three pageants so far. What she enjoys the most about the pageants is getting to meet new people.

“If it wasn’t for pageantry, I wouldn’t have met all the friends that I now have from all around Texas,” she said.

The event also featured a competition called Beauty with Purpose where competitors were challenged to create a platform to help a good cause.

“I have a platform called Butterfly Kisses, and I am going to use my platform to spread awareness against animal cruelty,” Molina said.

Her passion for fighting against animal abuse first began when she rescued a dog while on a trip to the store.

“There was a dog on the road and all you could see was his skin and bones,” Molina said. “I just felt really bad for him. Like, how could a human do this? It also had a couple of scars from being injured, so I was like, ‘Dad can we please take the dog and keep it?’ So, we gave it a couple of snacks that we had in the car, and we took it home. We actually still have that dog to this day. His name is Chappo.”

Molina hopes to continue competing in pageants and excelling in school. In the future, she hopes to attend Baylor University and become a veterinarian.