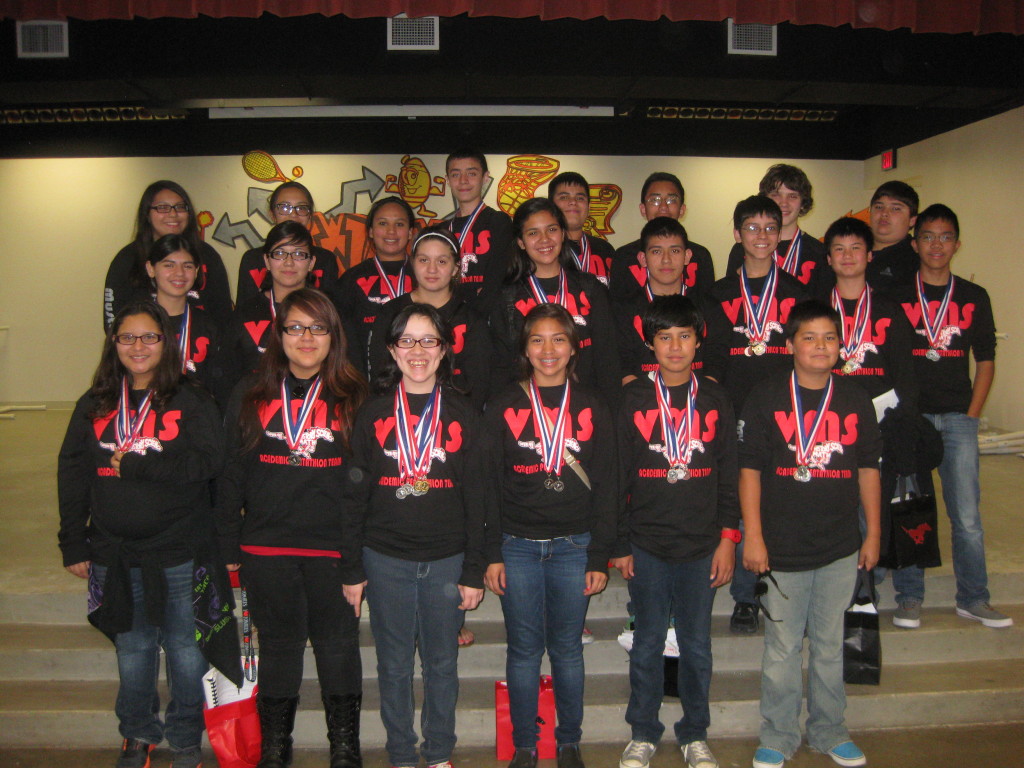 Both seventh and eighth grade teams earned medals in every division and came home with over 100 medals earned by the team as well as individual efforts.

Overall individual medals for total points earned in the competition include Jesus Rodriguez with the bronze honors. He also earned a gold medal in Super Quiz with a perfect score of 1000, and bronze medal in math. Faith Leyva was named as the bronze scholastic with her wins of the bronze in both math and literature. Marissa Flores was crowned silver varsity, and won second place in science, history and Super Quiz. Dylan Rivera won the silver medal in both math and literature and given the title of bronze varsity.  Dereck Hernandez earned the bronze in math. Sydney Castaneda received the silver in literature. Mark Navalta was awarded a silver medal in Super Quiz, and Jeremy Khoo earned first place and the gold medal in math with the only perfect score of 1000 in the math category.

The 8th grade Mustang team earned second place silver medals in overall team points with a total of 16405 points as well as in the Super Quiz with a total of 4400 points.