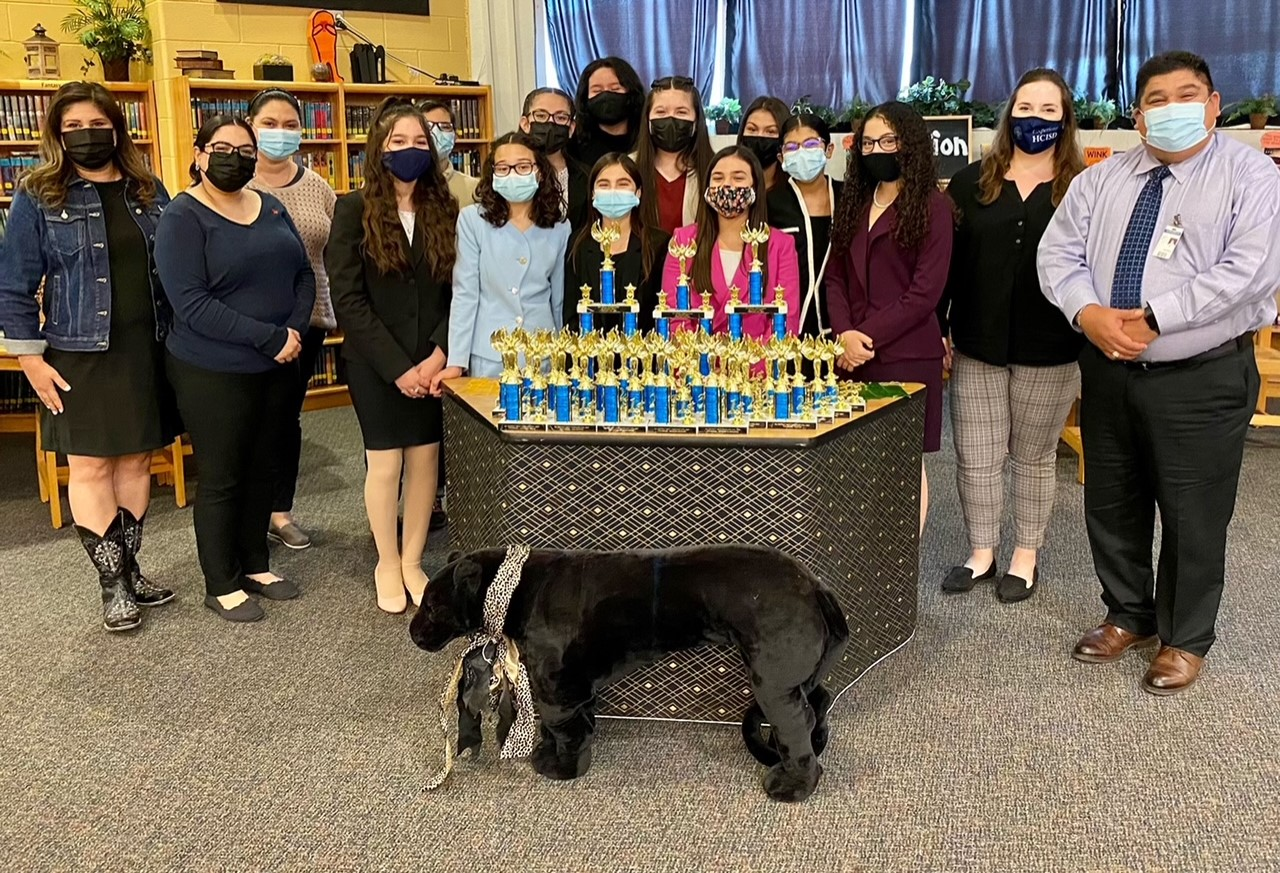 For the third year in a row and in a year unlike any other, Vela Middle School earned the UIL District Champion title.

Traditionally, the UIL District Meet is a two-day event, but this year changes were made due to COVID-19 that extended the meet into a week-long, virtual event between January 29 and February 5. This allowed students enough time and opportunity to compete in all of their scheduled events.

Despite the many adjustments made, nine HCISD campuses competed at this event.

“Our students are accustomed to attending several meets throughout the year and competing against 15 to 30 other schools in the Valley,” Vela UIL Coordinator Lynn Villalobos said. “They rode buses to competitions, walked around making new friends, and sat in large rooms with hundreds of students, but this year was very different.”

Earlier this school year, district leaders gathered via Zoom to figure out a way to continue hosting UIL competitions while keeping students safe.

“Through much research and group discussions, our leaders decided to continue holding a UIL meet for our district competition, but it would be done virtually,” Villalobos said. “Instead of 10 schools meeting at one campus, we opted for students to stay at their home campuses for competitions.

It was decided that students that were attending school face-to-face would report to campus and test with their UIL coaches while remote students would join in via Zoom to do the same.

“Each coach had a designated day to test their events through Google Classroom, grade their tests, and send the scores back to Coakley Middle School for final evaluation,” Villalobos said. “Under the extenuating circumstances, it was very well organized, and we maintained all safety guidelines.”

“To allow our students to compete safely, all students participating in speaking events like Solo Acting, Duet Acting, and Impromptu Speaking, were required to record their performances and submit their videos to be judged for the competition,” Vela Speech, Drama, and Debate coach Julia Bender said.

When all the videos were submitted, volunteer judges watched the videos, gave students feedback on their performances, and ranked them accordingly.

“The District UIL competition is usually only one long Saturday, but this process took almost two weeks,” Bender said. “Despite the different challenges, I am so happy we were able to find a solution for students to experience this virtual competition while keeping our students and community safe.”

The District Champion title is earned by the school with the highest score. The final score is calculated by adding up the total number of points per grade level and then overall per team.

“We received first place in 6th and 7th grade and second place in 8th grade,” Villalobos said. “When adding up all the points from our events, we had the highest. Woohoo!”