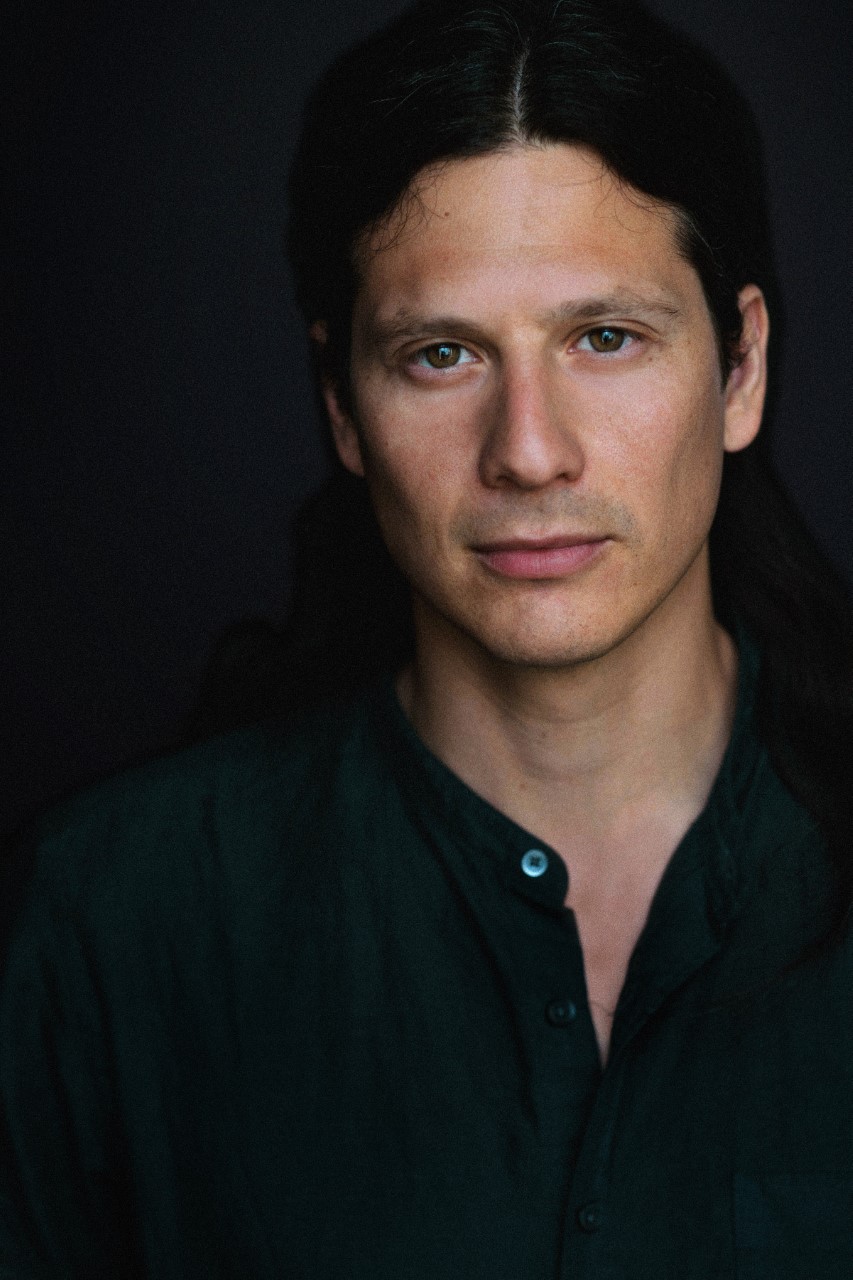 Filmmaker David Blue Garcia, whose Texas Chainsaw Massacre sequel debuted on Netflix’s top 10 in February 2022, moved to Harlingen from La Feria at age 8. He lived in Harlingen until he left for college, but not before he developed his passion for filmmaking with the support of some of his Harlingen High School (HHS) teachers.

David looks back on his childhood in the Rio Grande Valley with fondness. He even says he still dreams about the Valley landscape. He first attended Treasure Hills Elementary and then Long Elementary. While at Memorial Middle School, David used to skateboard with his friends and use a VHS camera to videotape each other doing tricks. Eventually, David’s interest in skating faded and was replaced by filming. David remembers, “We’d make up the films as we went along, editing in camera. We would always end the story suddenly when someone’s mom showed up to take them home for dinner.”

David enrolled in Media Tech classes his junior and senior year at HHS. The Media Tech program was led by Mr. Danny Spear, whose experience working in Hollywood gave him unique insights into the film business. Inspired by this perspective, David says, “I learned and experimented a lot in his class. He encouraged me to try different types of filmmaking.”

David also loved his Creative Writing class. His English teachers encouraged David’s interest in filmmaking. Some even let him turn in videos or short films instead of papers to fulfill class project requirements. David remembers his teacher, Mr. Michael Gerleman, as someone who was “always encouraging and introduced me to a lot of great literature as well as films.”

After graduating from HHS in 2003, David attended the University of Texas at Austin because of its well-known film school. Although he made good connections in college, David believes the best path to a career in film is “hard work and making a film that will get you noticed.In 2015, when David made his first feature film, TEJANO, HHS allowed him to film a few scenes there, including the building where he took Media Tech, coming full circle. TEJANO was shot mostly in the Valley with a couple of street scenes in Progreso, Mexico. The film, which David self-funded, took 23 days to shoot in the winter of 2015 with a crew of 10. David released the film in 2018; it premiered on HBO in 2020.

When asked about lessons he learned making TEJANO, David said he could (and might) write a book. He learned not to be afraid to ask for help. David recalls gratefully, “When I started asking people and old friends in the Valley (for help), they opened up their doors and helped me make that movie.”

David is returning to Harlingen in March to host and judge the HCISD Media Arts and Communication Academy Student Film Awards. His advice to young filmmakers is to “be curious. Spend your early 20s experimenting, getting on set, helping friends make films, working in different departments, understanding every aspect of filmmaking. In the meantime, study storytelling, screenwriting, and learn how to EDIT. Then, when you have the basic tools of the CRAFT down, ask yourself what unique story you have to tell. Tell it. Put it out there and see if it sticks.”

As for his next project, David wrote a horror/science fiction script that was inspired by a visit to the Valley in 2018. He hopes to make it into a film soon. David Blue Garcia, once a Valley dreamer, now inspires others to follow their dreams.