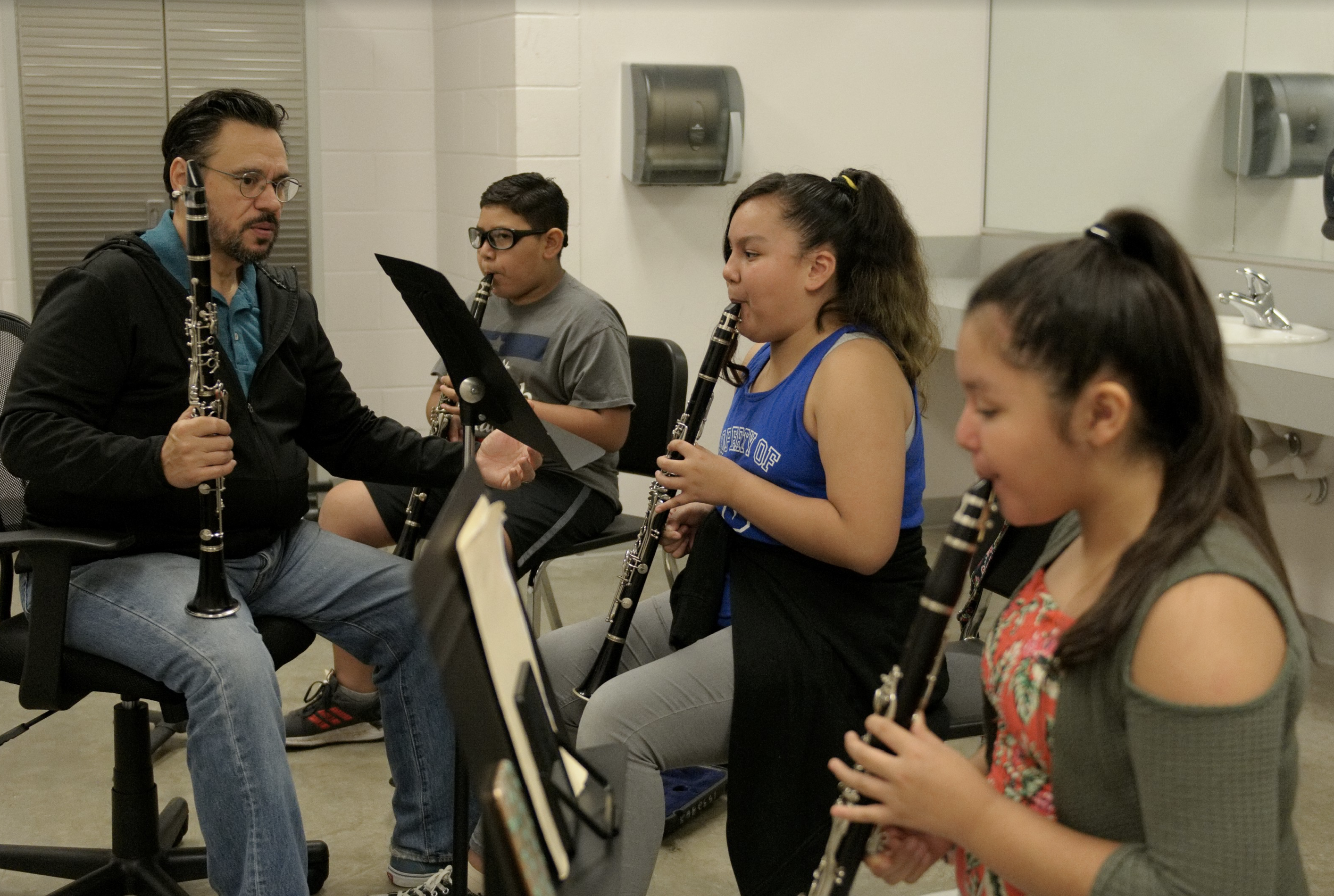 Several young musicians took to the stage last week as part of the Summer Jumpstart Music Camp, a district initiative that provides incoming 6th graders the opportunity to learn musical instruments before the start of the new school year.

Led by middle school band and orchestra directors, the camp was held at the HCISD Performing Arts Center from July 1-18 and offered students beginner lessons in brass, string and woodwind instruments.

“Every child that came in started from scratch,” said Michael Ramirez, the orchestra director at Memorial Middle School. “We begin by learning the 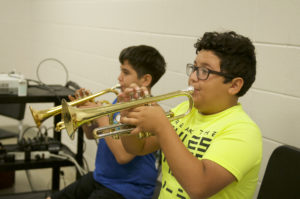 fundamentals. Students learned what we call our ‘band face,’ which involves the muscles around the lips. They also practiced correct breathing and hand position.”

Ramirez was excited to teach clarinet and saxophone during the camp but understood that learning a new instrument could be challenging for students. He advised them to enjoy their instruments and allow themselves to make mistakes.

“The most important thing in playing a new instrument is to have fun,” Ramirez said. “Secondly, the classroom should be a safe space. We’re going to play some notes that are not correct, so they have to feel comfortable in order to be successful in the future.”

Daisy Ortiz, an incoming 6th grader at Coakley Middle School, took up the clarinet and was surprised by how much she’s developed as a musician.

“When I got here, I didn’t expect to be learning so much,” Ortiz said. “I’m learning how to play notes like a G, F and E. I’ve been practicing my finger placement as well.”

Ortiz attributed her positive experience of the camp to her instructors and peers.

“I have a great teacher, and my classmates are really nice. I know I’ll be prepared for band once the school year starts,” she said.

Aside from teaching them new instruments, Ramirez hopes to instill valuable leadership skills within his students.

“These students are going to be leaders on their campus,” Ramirez said. “They might help a friend who’s having trouble putting the reed on their mouthpiece or show classmates how to form their ‘band face.’ On top of that, they know their music theory, rhythm, beat and count. They can be the go-to students for questions regarding those topics.”

Ramirez was incredibly proud of his students’ accomplishments and eager to showcase their musical talents on the final day of camp.

“Our goal is to have a presentation at the end of the week where we show parents what their children have learned so far,” Ramirez said. “I further hope they continue to love music because can you imagine a world without it?”

Ortiz encouraged all students to take up a musical instrument, even if they are nervous at first.

“It’s important to take risks and not be shy,” he said. “By doing so, you can learn and experience new things.”

Students participating in the Summer Jumpstart Music Camp performed for an audience of proud parents on Thursday, July 18. 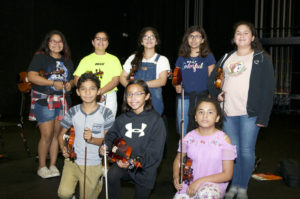