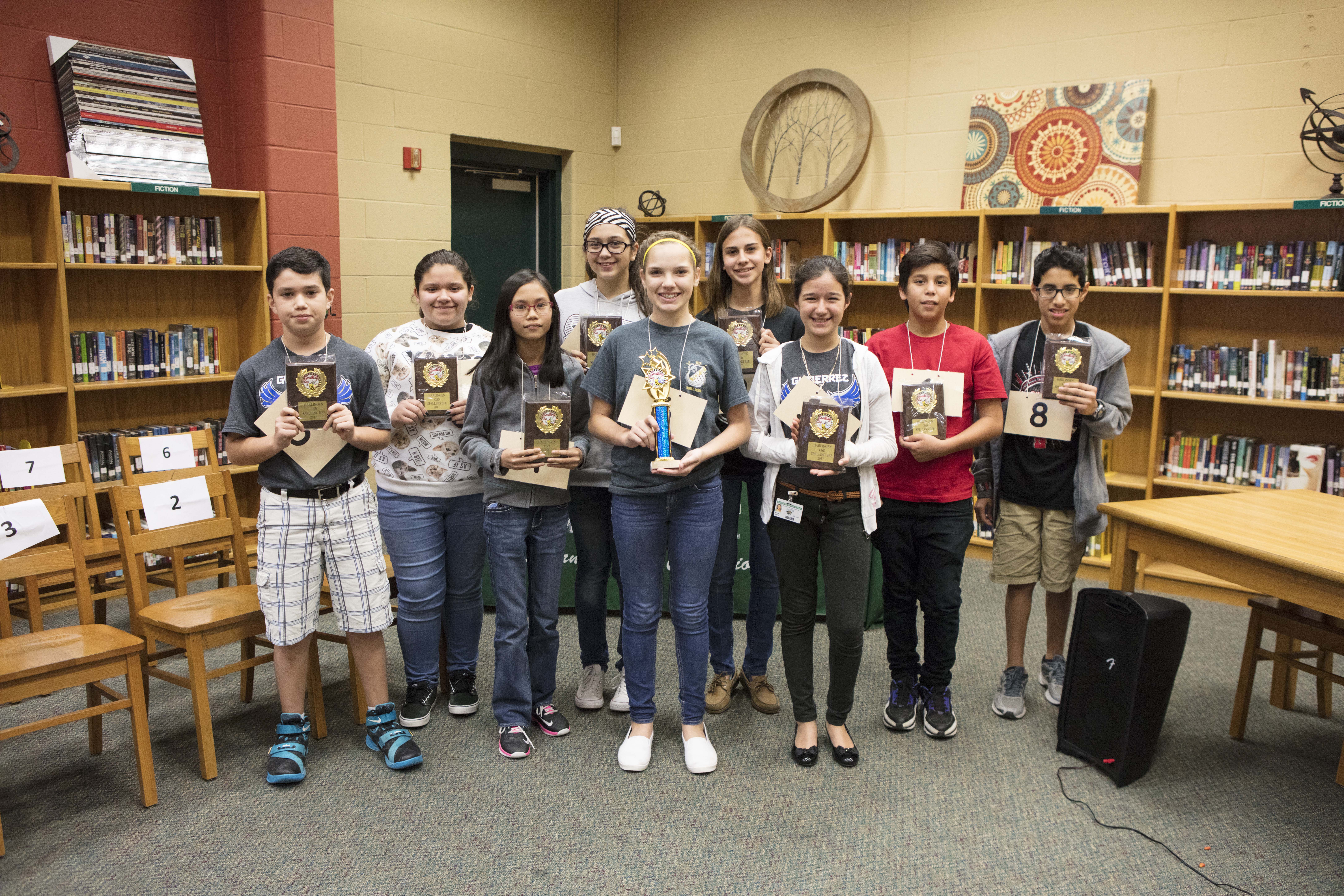 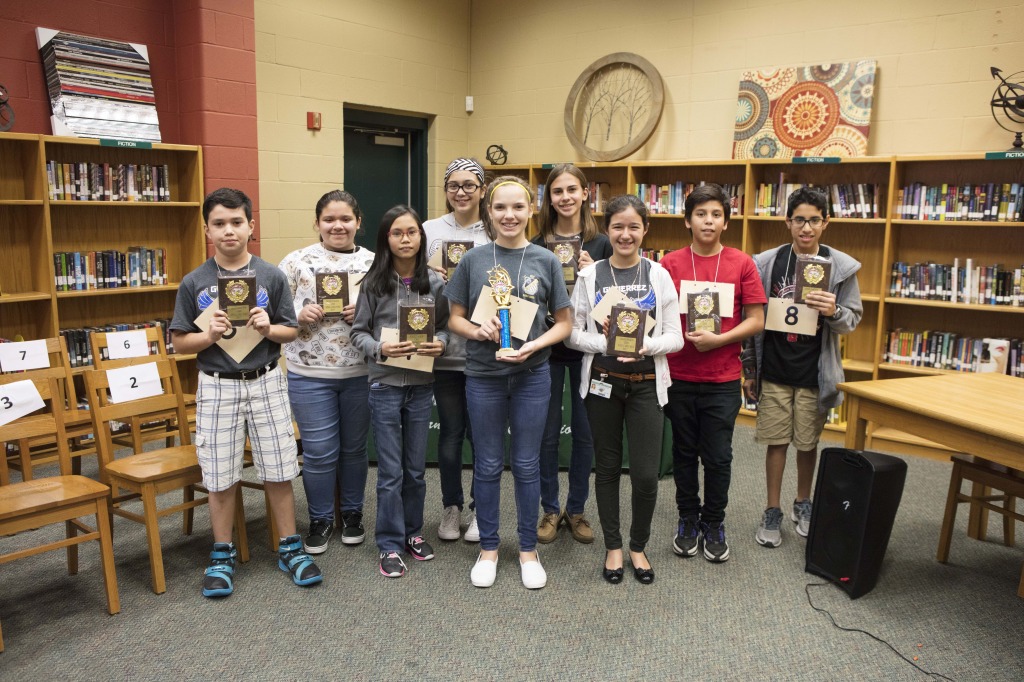 Students from across HCISD’s middle schools put their skills to the test as they competed in the annual District Middle School Spelling Bee on Thursday, February 9, 2017, at Gutierrez Middle School.

Competitors battled it out for 12 rounds or 40 words. Paula Horta from Vernon Middle School and Aaron Blount from Vela Middle School went head to head before Blount won by spelling the words “polymer” and then “fathom” as the championship word.

The district champion, Aaron Blount, will represent HCISD at the 29th Annual Rio Grande Regional Bee to be held on Saturday, March 4th at South Texas College in Weslaco.