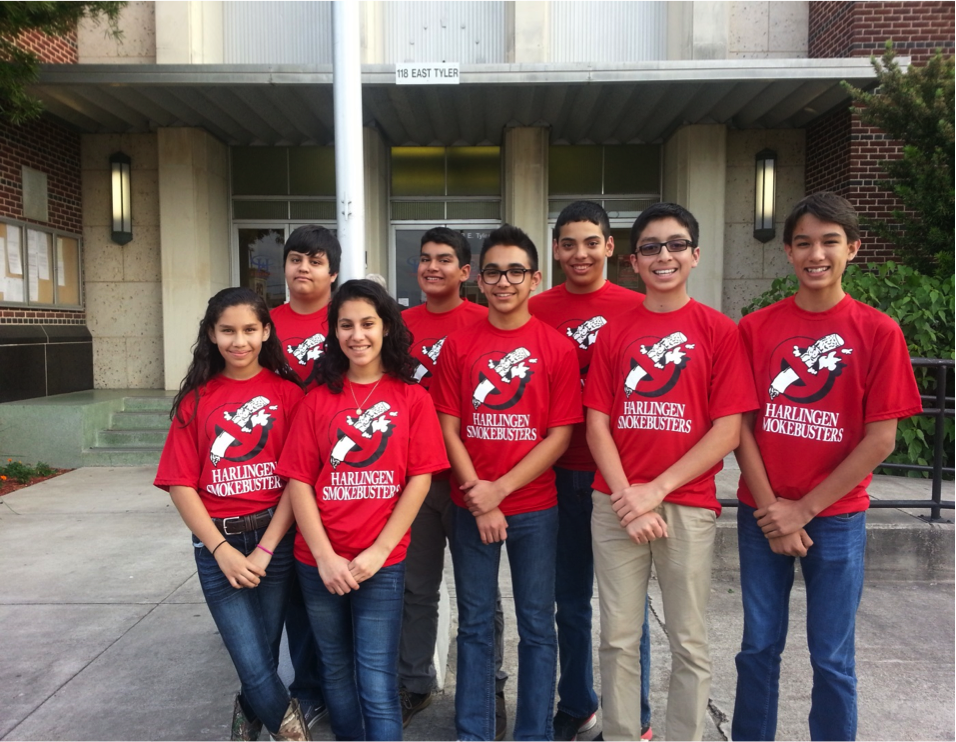 The city of Harlingen now guarantees a 100 percent smoke-free environment in all workplaces around the city thanks in part to the efforts of an avid group of young students called the Harlingen Smoke Busters. The new city ordinance went into effect on July 1 of this year.

The group’s focus is to actively inform the community on the dangers of smoking, so upon hearing of Harlingen’s plans to expand the smoking ordinance, they decided to join the advocates of the smoke-free workplace.

With their task at hand, the young team attended city meetings, emailed city commissioners, and wrote letters to the editor in support of the ordinance. They also, conducted and submitted the results of surveys, which indicated that a majority of Harlingen citizens supported a stronger ordinance.

“The Harlingen Smoke Busters have learned so much about local government process and how policy changes are made. At such a young age, they were able to play an active role in helping to pass Harlingen’s smoking ordinance,” said Berta Cavazos Regional Coordinator for Tobacco Prevention and Control. “This ordinance will make a huge impact in the lives of the citizens and visitors of the City of Harlingen by reducing the number of people exposed to second hand smoke and reducing the number of people hospitalized due to the complications of smoking.”

Formed in May 2013, the Harlingen Smoke Busters is an outreach organization of area youth that is interested in bringing tobacco awareness information to other youth in the Rio Grande Valley by providing information on the dangers of smoking, secondhand smoke, and the hazards of other tobacco products to RGV students and concerned individuals.

The main highlights of the Harlingen Smoking Ordinance are as follows: