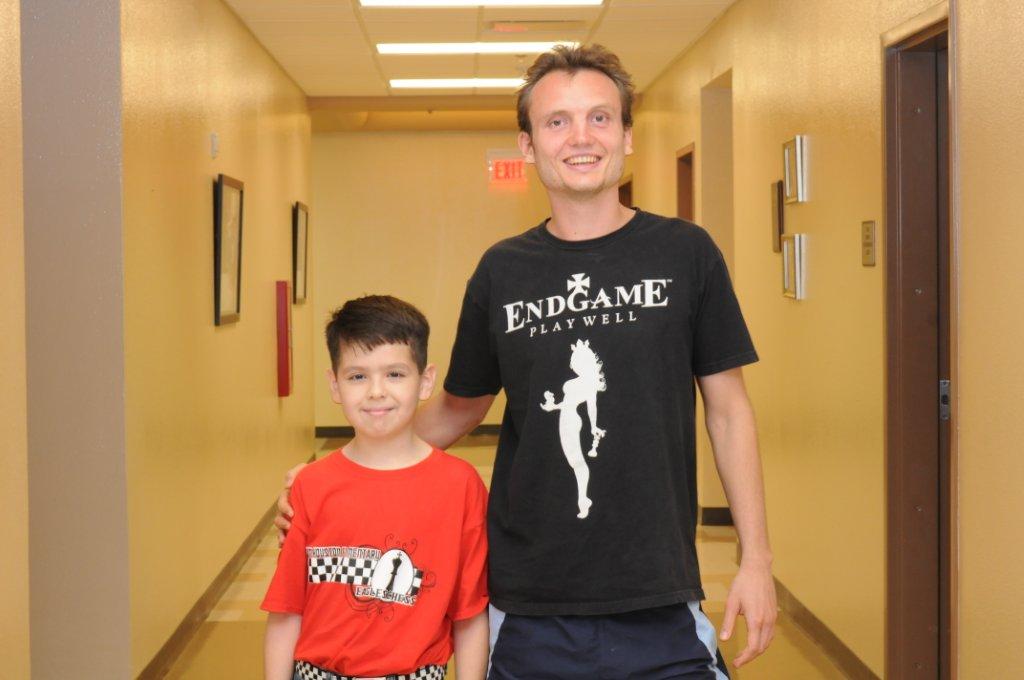 Jacob Fox, a fourth grade student at Sam Houston Elementary, is making all the right moves in the game of chess. So much, that one of the greatest in the world has taken notice.

Fox was recently selected to play with Grandmaster Timur Gareev during a special Blindfold Simultaneous Exhibition at the Laura Bush Library in Austin on Sept. 21.

Presented by Westlake Chess Association, the event saw 37 chess players from across the state sit down to take part in the rare opportunity with Gareev. Throughout the day, the Grandmaster would play multiple matches simultaneously. To up the degree of difficulty he blindfolded himself to improve his chess skills.

Not to be outdone by Gareev, Fox had an outstanding performance and offered him a tough match. After six hours of playing against the Grand Master, he was able to walk away with a draw and a trophy.

Gareev personally asked Fox to attend the special exhibition after previously working with him at Sam Houston. He says that with the direction Fox is headed in now, he has great potential to become a Grandmaster.

“I can see that if Jacob chooses this [chess] as his passion he can get up to grandmaster level,” said Gareev. “He may be the next strongest grandmaster in the United States”

With Fox already ranked in the top players in the Rio Grande Valley that may dream may soon come to a reality.  He will continue to compete with the Sam Houston team this year and pursue his goals of becoming a master in the game of chess.