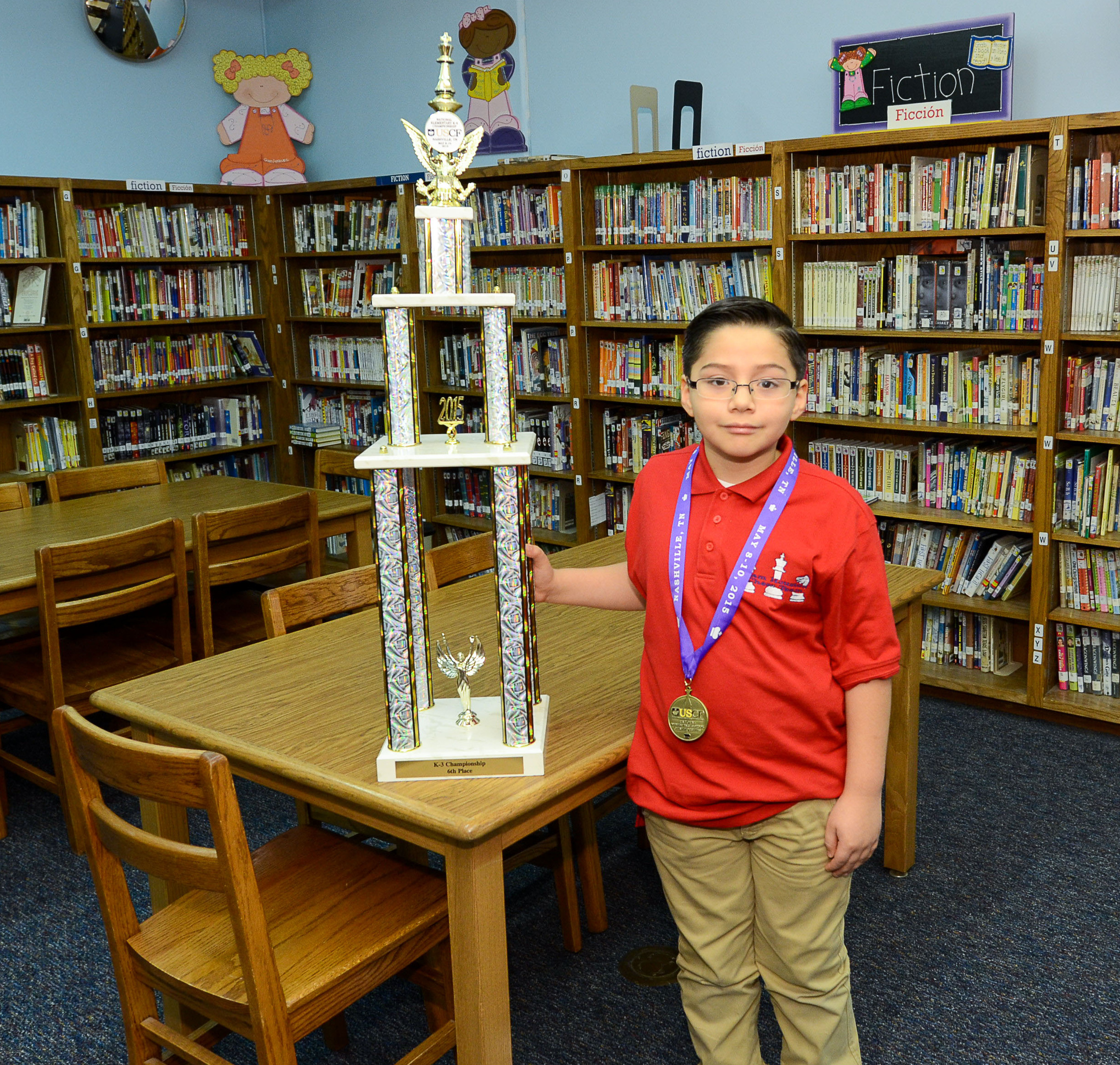 On May 8-10, Michael Casas from Sam Houston Elementary competed in Nashville, Tennesee at the 2015 National Elementary (K-6) Championship and placed 6th out of 290 players from across the nation in the K-3 Championship division.

In late April, Michael Casas and Carlos Deleon from Houston also competed at the 2015 National Junior High (K-9) Championship, placing 20th as a team, and Deleon placed 3rd in his section as well.