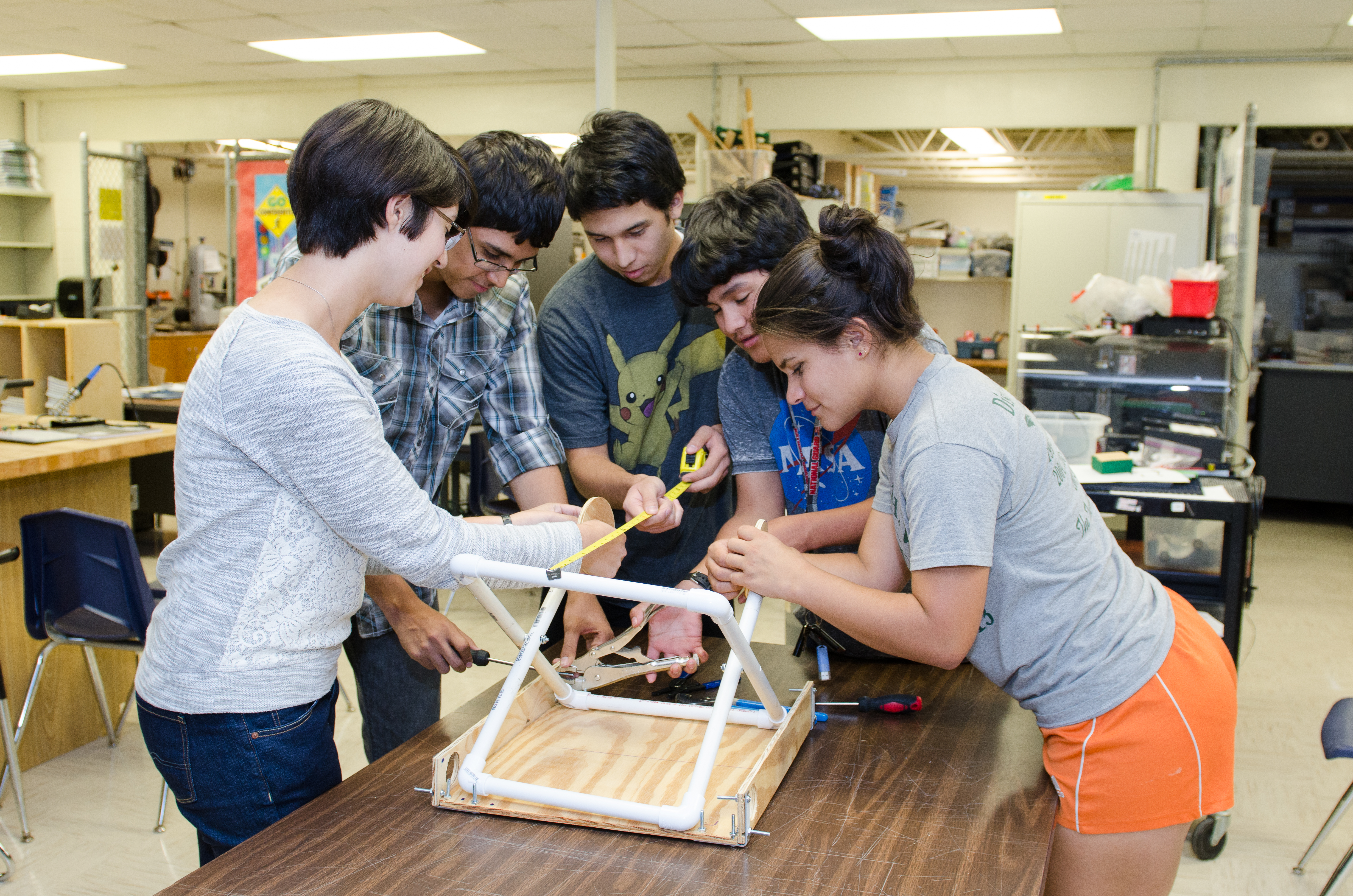 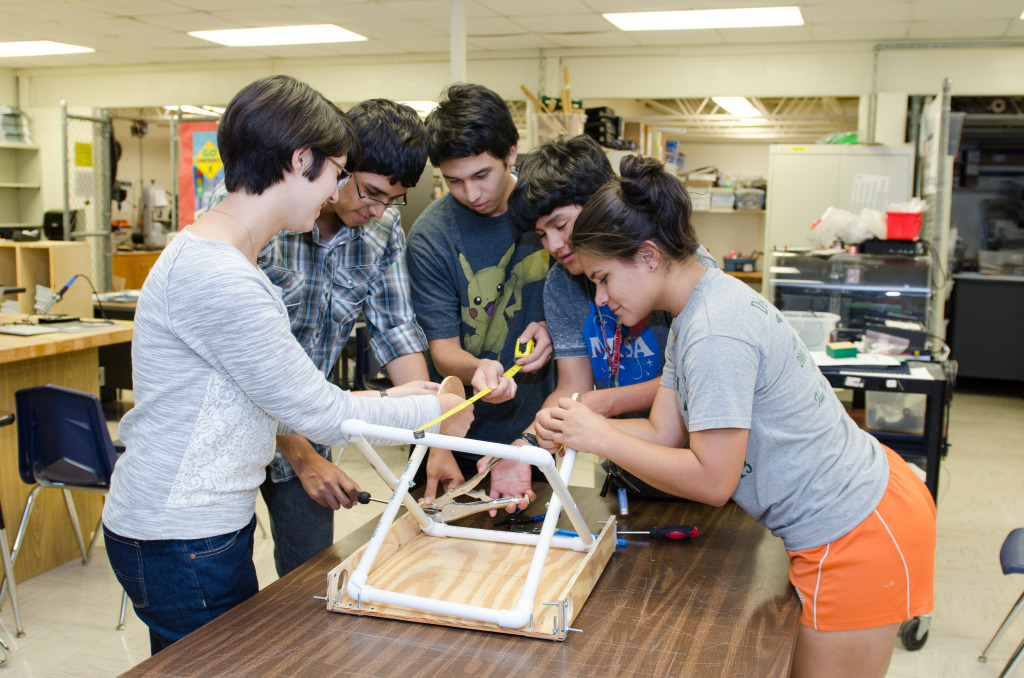 The Harlingen High School South F.O.R.C.E. robotics team beams with pride as they talk about their robot AIR-O. They will be headed to the RGV BEST Competition on Saturday, October 24.

AIR-O is based on a simplistic but robust design that has been equipped to assemble a wind turbine with parts that will be provided during the contest. Their robot must be able to lift up to about eight pounds, so the team has made sure to fortify their robot with the strength required.

It truly is a team effort, as the group will also have to market and exhibit their work in addition to the work they’ve already done on the robot.

“Some of our classes here are helping out by setting up the exhibit,” said Noah Serrato team member. “My brother is helping us with team spirit; there’s a bunch of little competitions in the scope of the contest and spirit is one of them.”

For team president, Cecilia Zebrowski this will be her third and final chance to compete at the BEST competition.

“I’m a senior and this will be my last year, so I really want us to step it up as a team,” said Zebrowski. “Last year we were the first Valley school to bring home an award from Dallas.”

At last year’s competition, the South team qualified for the regional competition at RGV BEST, where they placed first in both the Robotics Competition and BEST awards. For the second year in a row, they were also awarded the Most Robust Machine Award, the Founders Award for Creative Design and third place in the Marketing Category.