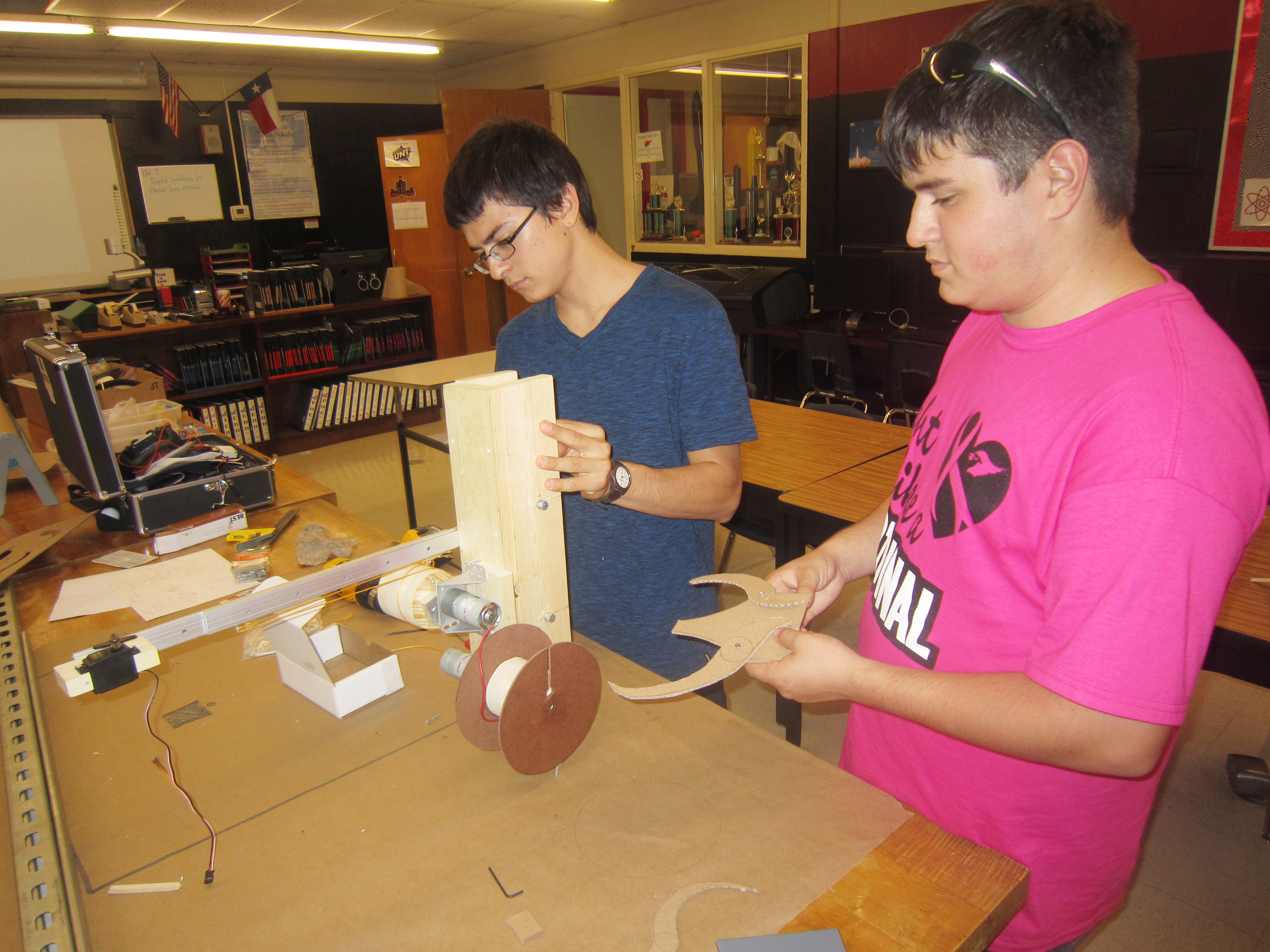 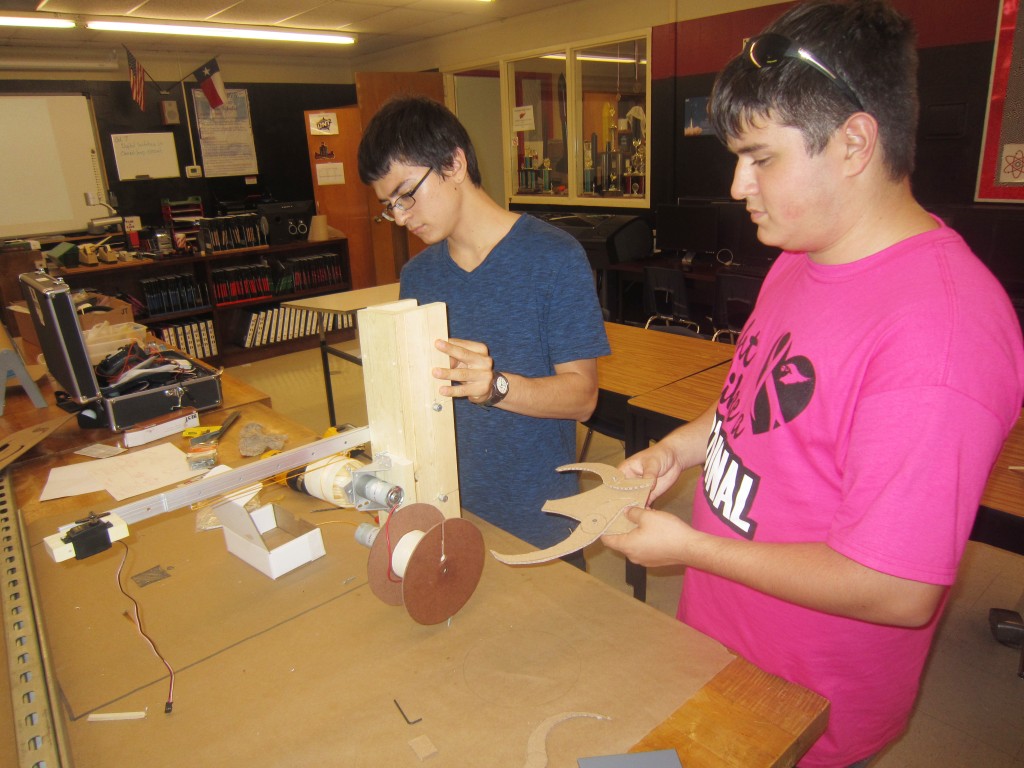 Gravitron is the product of the 7 members of the Harlingen High School robotics team.

Named after the task of simulating gravity on a space elevator, Gravitron’s design was inspired by elevators and any other vehicle with the ability to traverse up and down, said Austin Wright, junior at HHS and president of the engineering club.

“The design is based on the certain laws of physics we had to deal with,” said Paul Tenison, engineering club sponsor and teacher at HHS. “Also, the constraints on the material guided us in the design we ended up with.”

Graviton’s final product holds a simplified design, but it proved a little challenging during the initial brainstorming process, Wright said. Their robot had to have the ability to move up and down, and comprise of materials provided by Texas State Technical College (TSTC).

“The most difficult part was in the beginning with the research and figuring out the best route to take,” Wright said. “The challenge this year was completely new. We had to re-do the chassy three times, and now it has a more simplistic design.”

Graviton’s strengths include its light and compact design, which allow it to move quicker and drive smoothly, said Javier Ramirez, HHS student and engineering club member. Its weaknesses may include ensuring all of the newly added components work together.

“Its size and drive make it easier to navigate,” said Tenison. “It has a chassy, gripper and an arm. Hopefully all the components will go together and get working before the competition starts.”

The team doesn’t anticipate any major changes to Graviton during the next week, and are confident the robot will have a strong performance at the upcoming RGV Boosting Engineering, Science & Technology Robotics High School Competition on Oct. 27.