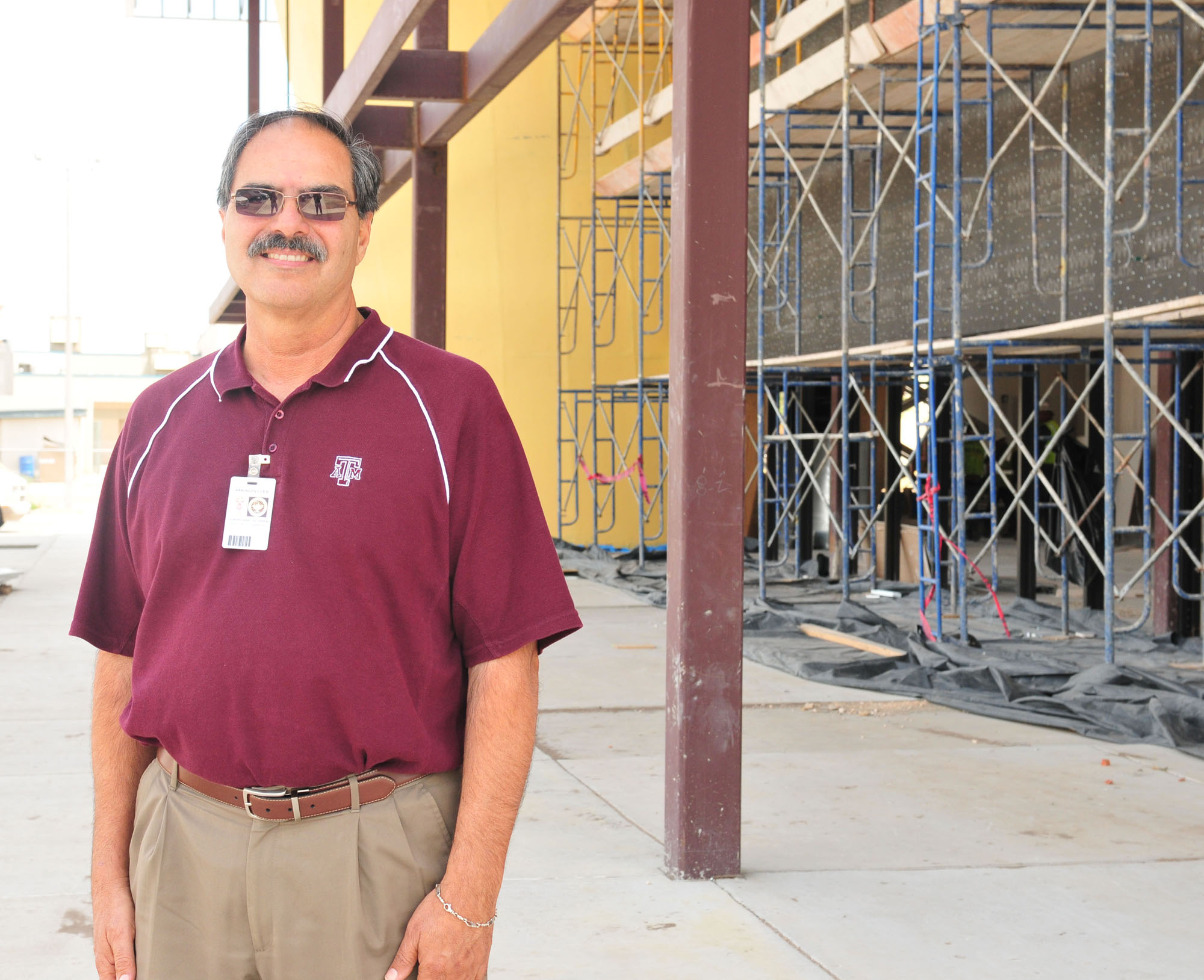 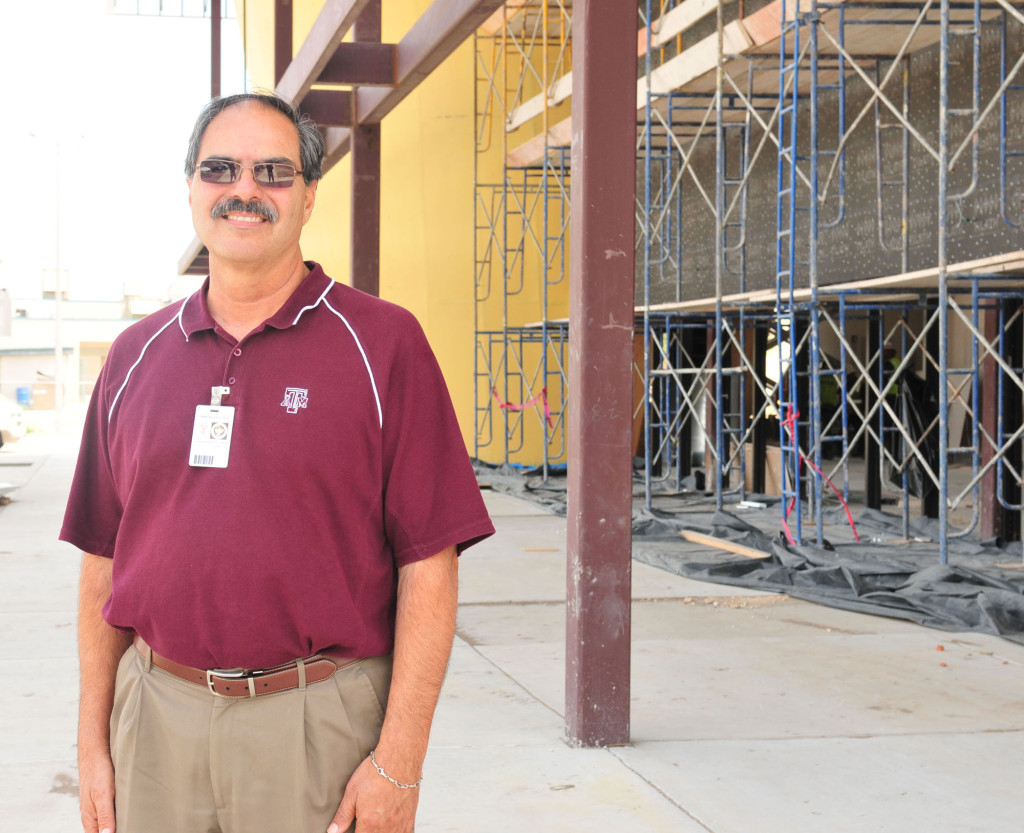 When you see a new building or campus being built at the Harlingen Consolidated Independent School District, you can bet that Danny Villarreal is close by with his hard hat in hand making sure that everything is going as smoothly as possible.

Villarreal is the Construction Project Manager at HCISD. He oversees all of the construction projects from the 2010 $98.6 million voter approve bond issue and works to ensure that every detail of a new campus, facility or building is planned.

“I’m involved with a project from its initial design stages to the very end,” said Villarreal. “The feeling is still the same as what it was when I had my own architectural firm. It’s a great accomplishment to see a project go from paper to reality.”

Currently, Villarreal is overseeing the completion of the Performing Arts Center, the AG Farm and The Dr. Abraham P. Cano Freshman Academy. With the anticipation of opening The Dr. Cano Academy in August 2013, he reflects back on the experience he had with the launch of the new Memorial Middle School at the start of this year.

“The day that the teachers came in is when it began to feel real,” said Villarreal. “On the first day, students were coming through the doors in the morning. It felt good to hear their excitement.”

When not getting ready to open HCISD’s newest campus or performance venue, Villarreal spends his spare time mapping out his family history through genealogy and looking into the history of Harlingen.

“It’s always been a hobby of mine,” said Villarreal. “I’ve traced my family back to 1747 in the Rio Grande Valley. I’ve spent 30 years doing that. I’ve always liked history. I’m also a part time historian for Harlingen.”

To give back to the community Villarreal spends any time he can as a volunteer at his church. From teaching to event organization, he is there for whatever the church may need.

Villarreal has worked with HCISD since 2010. Prior to taking the position, he worked as an architect for 27 years at a variety of architectural firms in Harlingen, including one he personally owned. His history with Harlingen goes back further to his childhood. Villarreal spent his early years at HCISD schools until graduating from Harlingen High School in 1970.