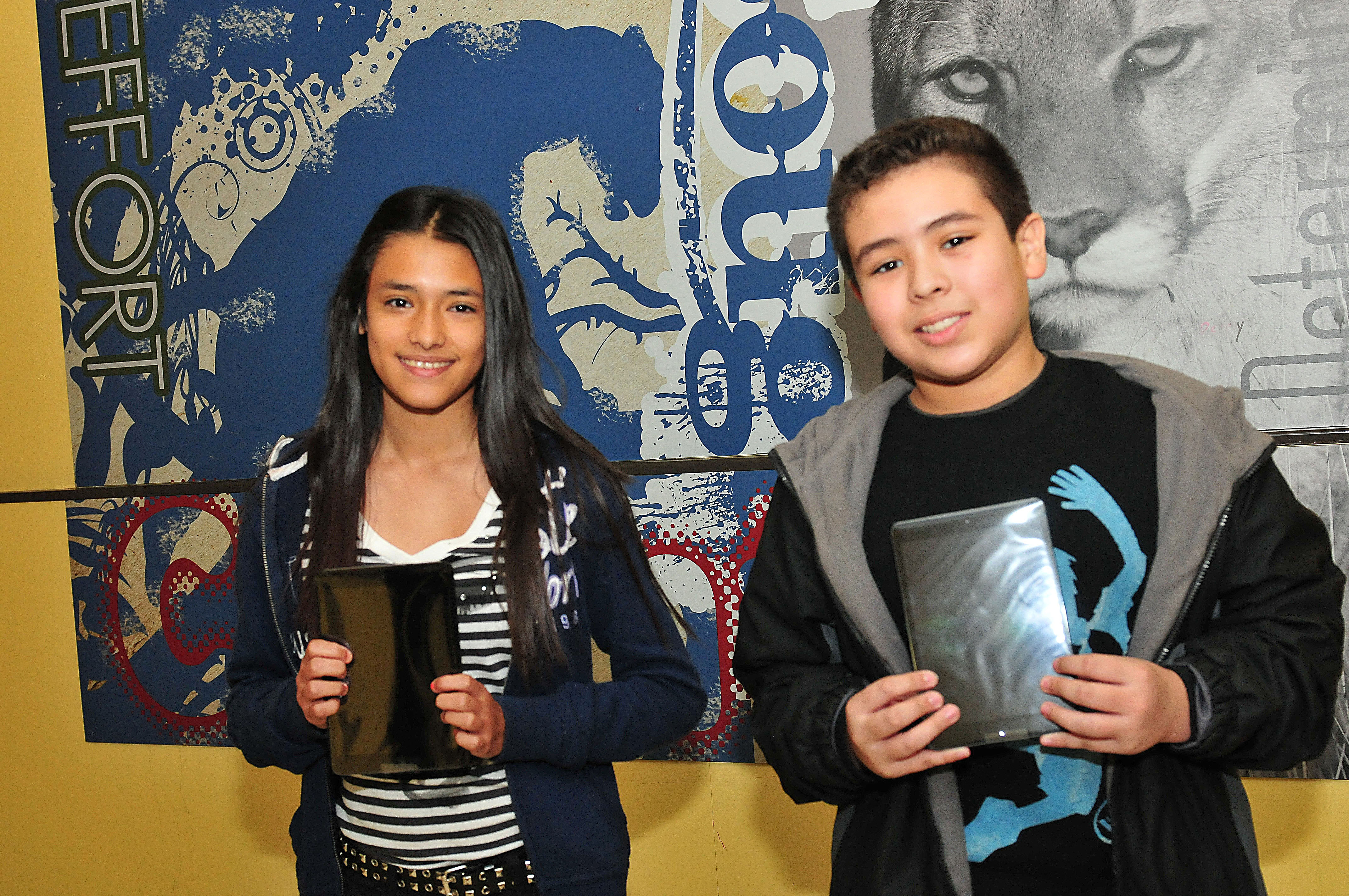 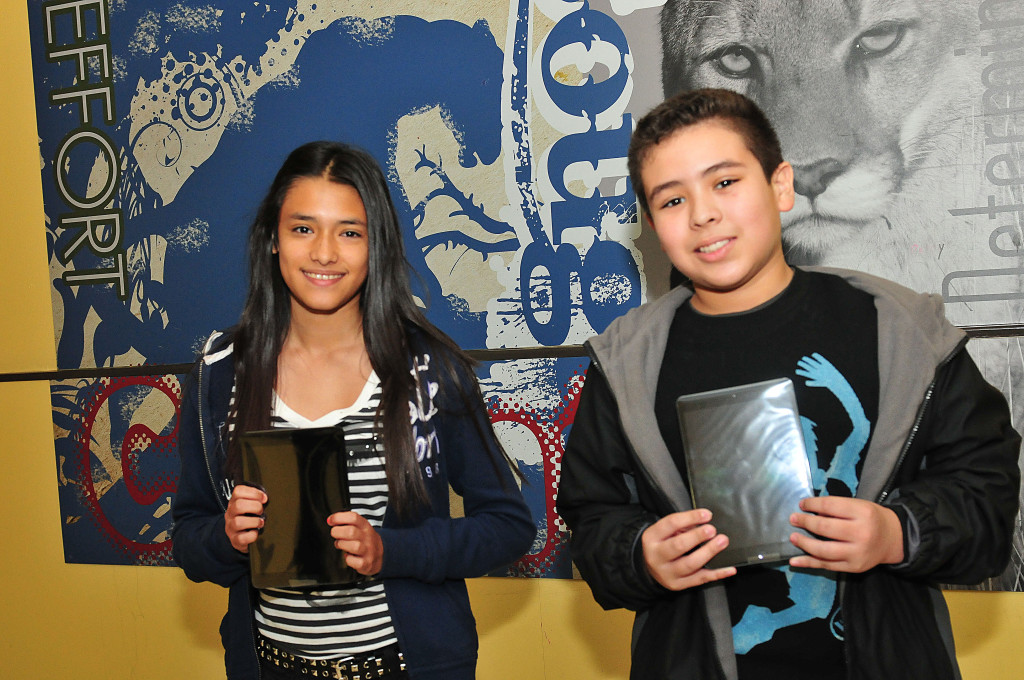 Nicole Flores will have to amend her Christmas list after winning her top gift request by attending school. Now, the seventh grade student at Coakley Middle School can’t wait to start using her new iPad mini for homework, research and playing games, she said.

Flores was one of 18 secondary school students in the Harlingen Consolidated Independent School District to win an iPad mini as a result of achieving perfect attendance in the first academic quarter through the Gillman Auto Group of the RGV Drive for Perfect Attendance Awards.

“My dad is always pushing me to go to school and to get perfect attendance,” said Raymundo Figueroa, a sixth grade student at Coakley, who also received an iPad mini. “There are some mornings when I feel tired and don’t want to school, but I force myself to wake up and go to school.”

HCISD’s top priority for the attendance incentive program is to boost student achievement. Educators throughout the district strongly agree that attendance has a direct effect on learning and student performance.

“I think its cool that we’re getting rewarded for attendance because coming every day is the way you learn,” Figueroa said.

The Drive for Perfect Attendance Awards includes over $100,000 in prizes rewards students and schools for reaching attendance goals during periods throughout the year, as well as for the entire year. The grand prize will be rewarded to one junior or senior in HCISD, who will take home a new 2014 Chevy Sonic presented by Gillman Auto Group of the RGV.

District wide, HCISD saw an increase of 67.5 students in Average Daily Attendance in the first reporting period for the school year in comparison to the previous year.

Schools in Texas receive funding based on an average daily attendance statistic that is monitored by the Texas Education Agency in six, six-week periods during the school year. Because HCISD meets a state set threshold of migrant students, over 5 percent of the student population, the state considers the district’s best four of the six periods in calculating its ADA. For every student, HCISD receives $5,102 in state funds.

In addition to the individual iPad mini raffles at secondary schools, HCISD rewarded 21 campuses a total of $15,000 for reaching attendance goals based on the size and past attendance performance. Those schools receiving reward funding have or will be rewarding students for attendance. Examples of how some schools are using the money include bike raffles, movie passes and the purchase of more iPad minis.

HCISD set a goal through the program for an increase of ADA by 50 students this year, equaling about $250,000 in additional funding for schools. HCISD budgeted $90,000 for prizes to students and schools through this program, while Gillman Auto Group of the RGV donated $20,000 in prizes.

For more information on the Gillman Auto Group of the RGV Drive for Perfect Attendance Awards, parents and students can visit www.hcisd.org/driveforattendance.