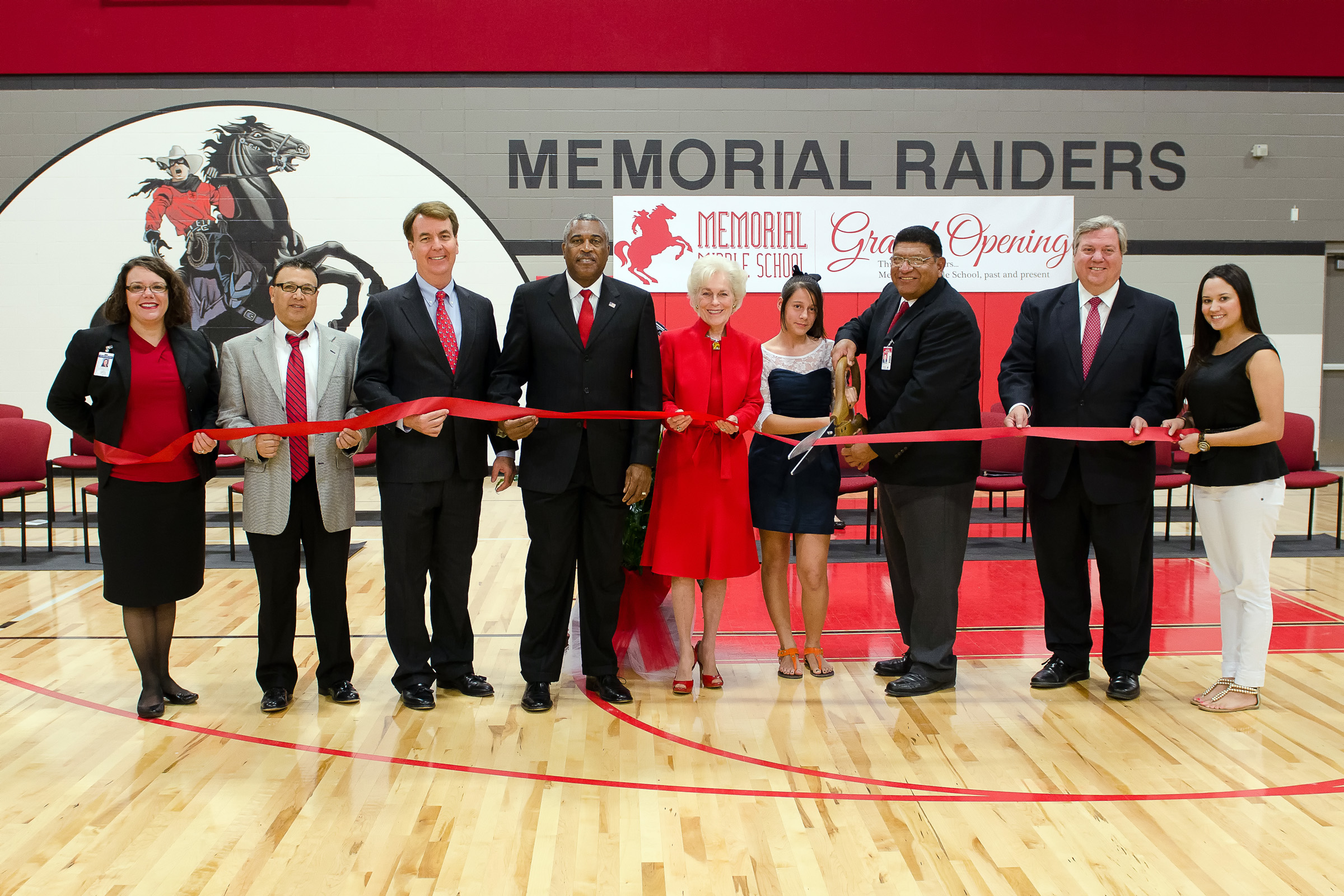 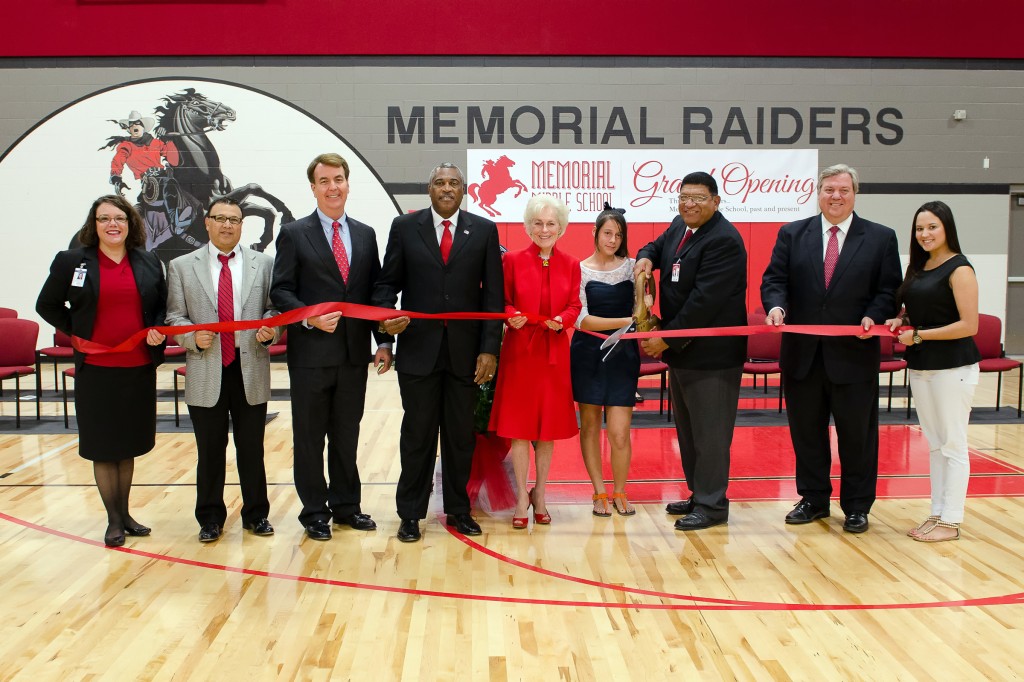 Students, faculty, administrators and the Mayor of Harlingen came together to make history at Memorial Middle School on Nov. 6.

To celebrate its new location, 1901 Rio Hondo Rd., Memorial hosted a ribbon cutting ceremony. The celebration focused on the past, present and future of the campus.

“When I think of Memorial, I don’t think of it as a school,” said Lauyrn Garza, sixth grade student at Memorial. “I think of it as a family. All the way from Gay Middle School, to Memorial and to where we are today at the new location is a great feeling. I’m so happy to be a part of this during my sixth grade year.”

The Memorial Jazz Band played spirited music as the audience entered, and students paid tribute in silence as the Harlingen High School Colorguard began the ceremony with the traditional presentation of the colors.

Former Raiders took the stage to express their appreciation for what the campus had done for them, and their hopes for the current and future students at Memorial.

“This day reminds me of when I was attending Memorial in 2000, and now I have the honor of being a Raider teacher,” said Crystal Valdez, sixth grade teacher at Memorial and a former student. “Our new campus brings opportunity for new beginnings and a time for growth. The building is just one more tool we have to better educate our students.”

The event may have been focused on the new campus, but the individuals that were involved with getting the educational facility to its grand opening were not forgotten.  Presenters took time to show their appreciation for the critical role they played in the day.

“This magnificent school that we’re in today did not happen by chance,” said George McShan, school board vice president. “ It was a collaborative partnership between the city of Harlingen community, business community and the private sector. This is a testament to our communities dedication to the education of our students.”

The new location has not changed the Raider pride and traditions the campus upholds. Students collectively cheered as they were reminded of their old campus, and the great things ahead of them in their new facility.

“The students know the history of Memorial, and the great things that have come out of it,” said Gerry Fleuriet, HCISD school board member. “Today they learned they are going to carry on the legacy, and that is very important.”

The campus opened its doors to 808 students on Aug. 27. The first junior high school in Harlingen, Memorial or originally Minnie B. Gay Middle School was opened in 1948.

Memorial is the first completed project of the 2010 Bond Issue. Voters approved the $98.6 million bond in spring 2010.