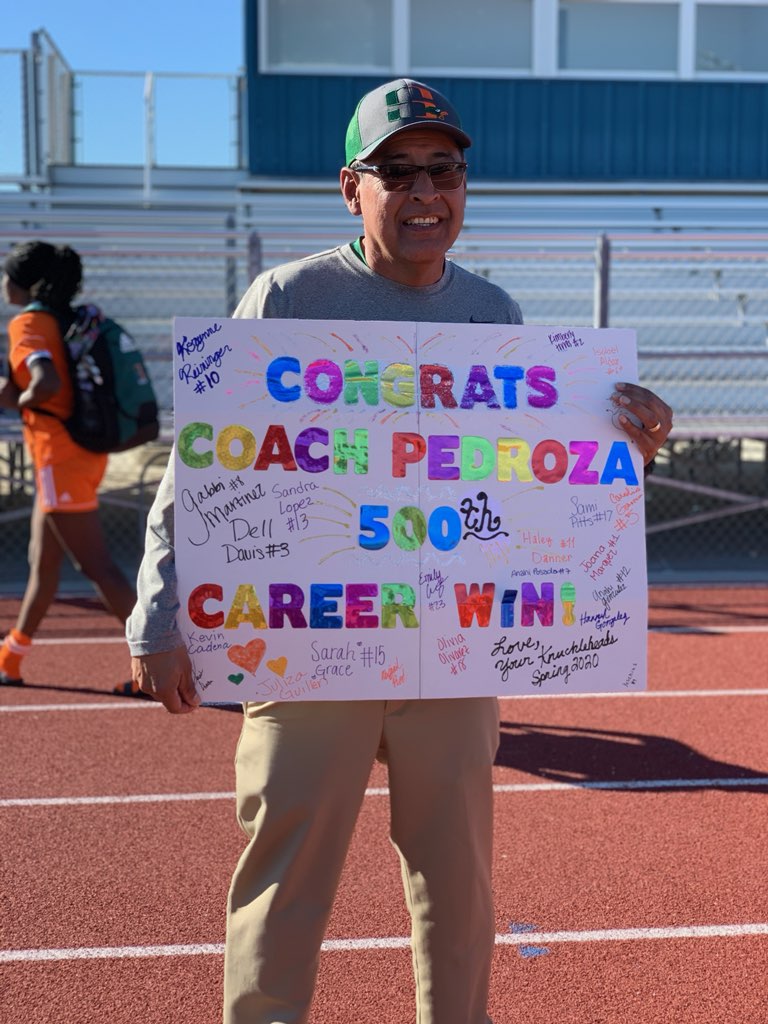 He has been coaching the Lady Hawks for 24 years. With Pedroza at the Helm, the Lady Hawks soccer program has made dozens of playoff appearances, and most recently, the 2018-19 team was among the Elite 8 in the state.

“When I started coaching, I never imagined it,” said Pedroza, who began his career at Harlingen CISD teaching and coaching at Vernon Middle School. “To get to 500, it’s something you didn’t really think about because it’s so, so much.”

Pedroza is thankful for the assistant coaches, school and district administration, parents and students.

“Seeing someone that you work with be successful is awesome,” Silva said. “He’s very deserving.”

Following the 500th career win, the Lady Hawks soccer team surprised him with a handmade sign and a celebratory cake.

Harlingen High School South junior Sandra Lopez has been on the varsity team for three years.

The entire team celebrated with Pedroza after the win in Edinburg.

Prior to joining Harlingen CISD, Pedroza lived in Fort Worth and played soccer there beginning in middle school. He went on to study at Texas State University in San Marcos.

“We have great kids here at Harlingen South, and I’ve been really blessed with talented athletes,” he said. “It takes everybody to get to 500. You can’t do it by yourself. You have to have the support of everybody.” 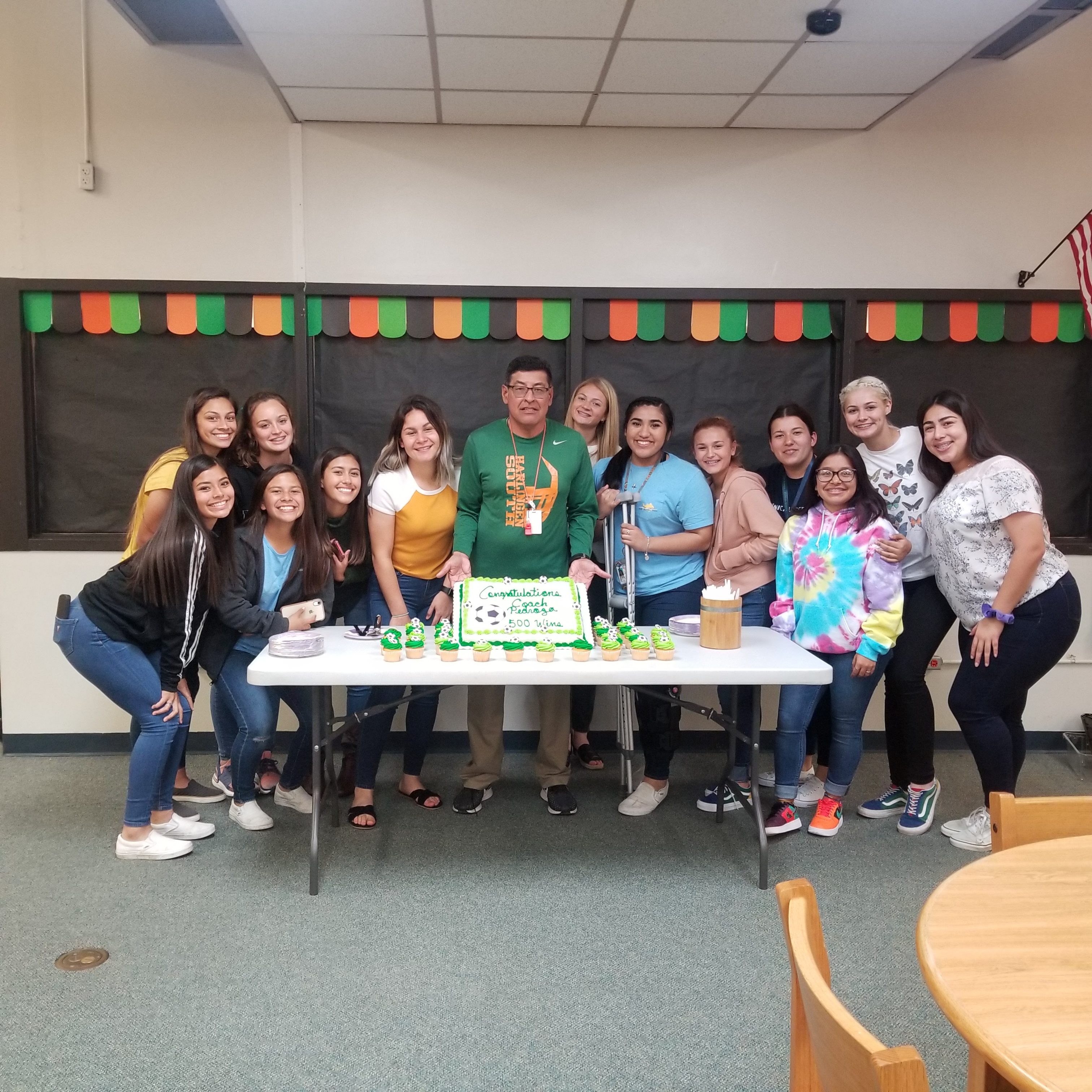