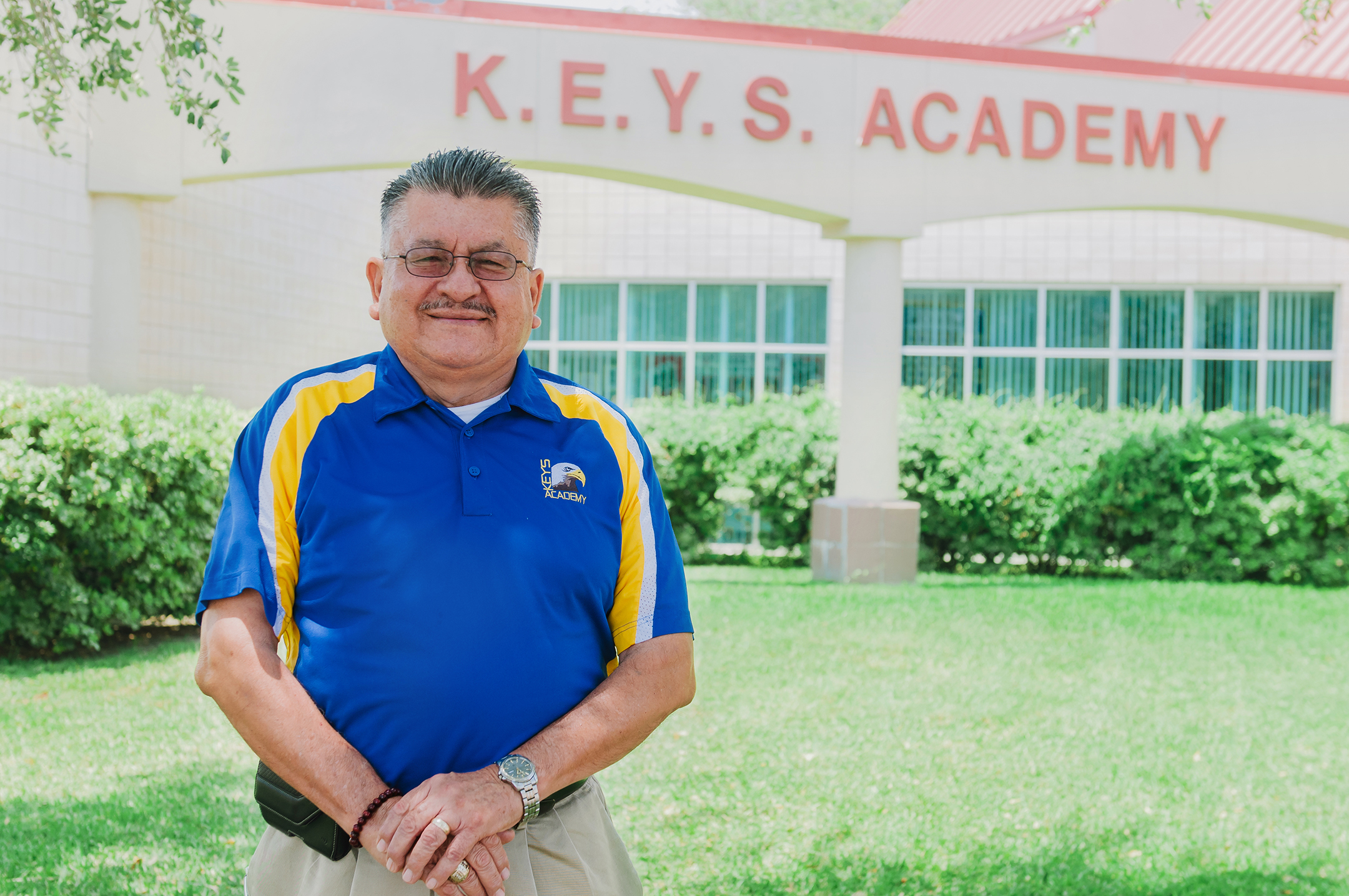 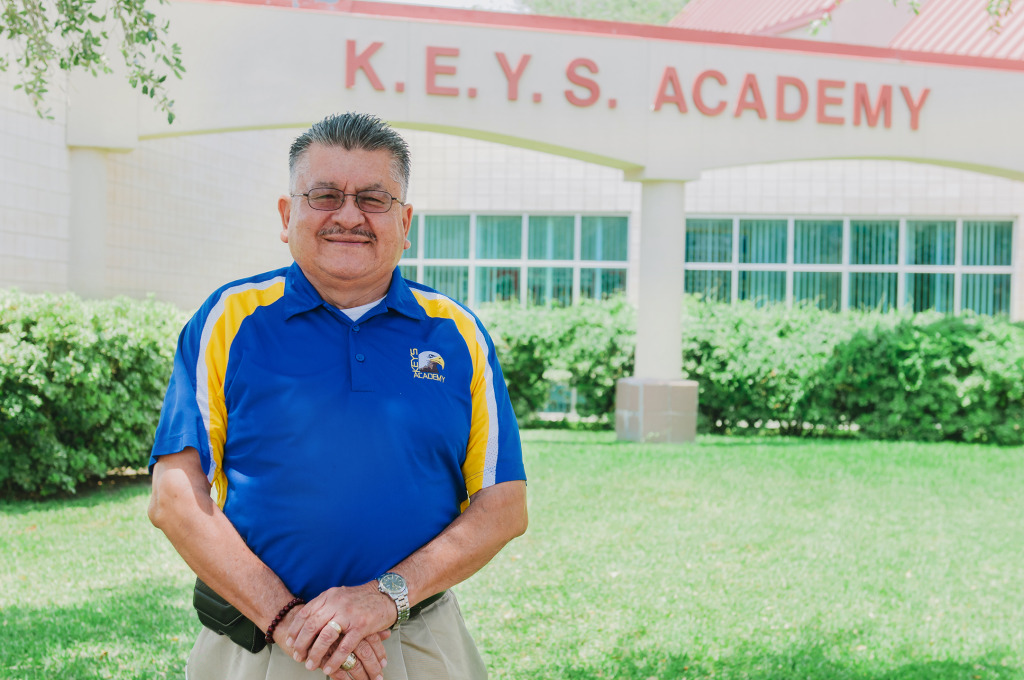 KEYS Academy math teacher, Juan Antonio Fraga was selected as a semi-finalist in the 2017 H-E-B Excellence in Education Awards.

His passion for teaching and creativity in the classroom made him a standout candidate in a pool of more than 1,300 applicants across the state.

“I am very honored and humbled to have been selected,” Fraga said. “I guess H-E-B was amazed at the service that we provide at KEYS Academy, the population that we serve, and what we do for the community and the students.”

As a seasoned math instructor, Fraga enjoys more than 29 years of experience, 26 of which have been spent at KEYS Academy. The alternative academic school of choice prides itself in empowering students to reach their full potential in a truly unique atmosphere. Fraga has been there from the start. Since the campus’ inaugural year, he has been making an impact on student success.

“One of the highlights of my teaching career was a young man who was very quiet and unenthusiastic about math,” Fraga said. “I found out he was a musical genius and could play just about any instrument. He didn’t realize how much math there is in music. I told him how there is math in the quarter note and half note and when we communicated that way, he opened up, and that is how I was able to engage him.”

Fraga proudly says that this student not only graduated from KEYS Academy, but he went on to receive his Bachelors of Science in Music at the University of Texas at Brownsville, then his masters from the University of North Texas. He is now finishing up his Ph.D. at Southern Methodist University.

As part of the Excellence in Education Awards, Fraga was presented with a certificate of participation and a $250 H-E-B gift card for making it to the semi-finals.

“This recognition has been very encouraging for me, the staff, and the administration here at KEYS. It affirms that we are doing something good for the community,” Fraga said. “We have an alternative training school here in the Rio Grande Valley that is very successful and has been instrumental in putting a lot of kids out into the workforce who otherwise might not have been able to make it that far because of a lot of personal factors.”

Created in 2002, the H‑E‑B Excellence in Education Awards are designed to honor outstanding public school professionals and to thank them for their dedication and commitment.