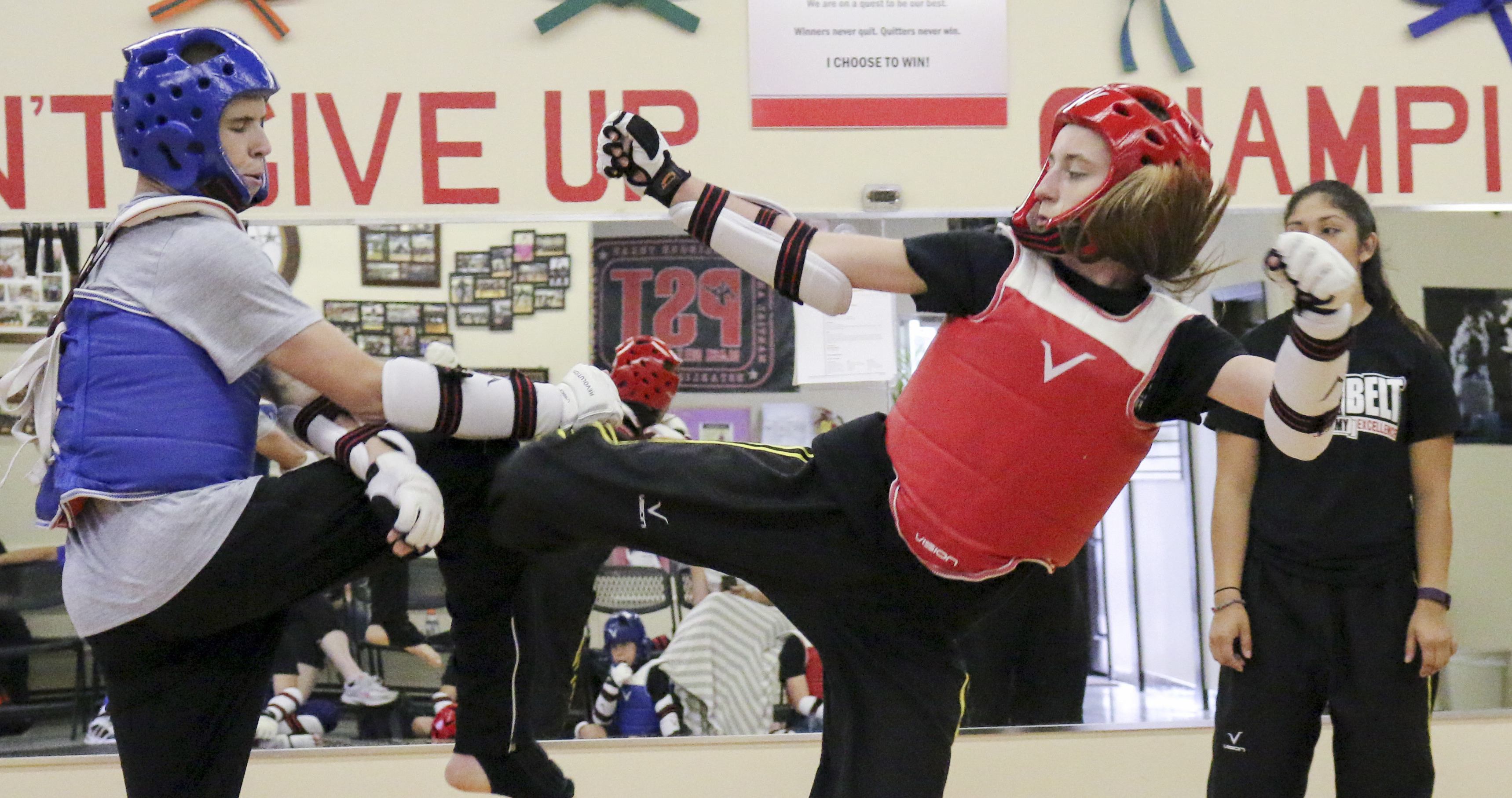 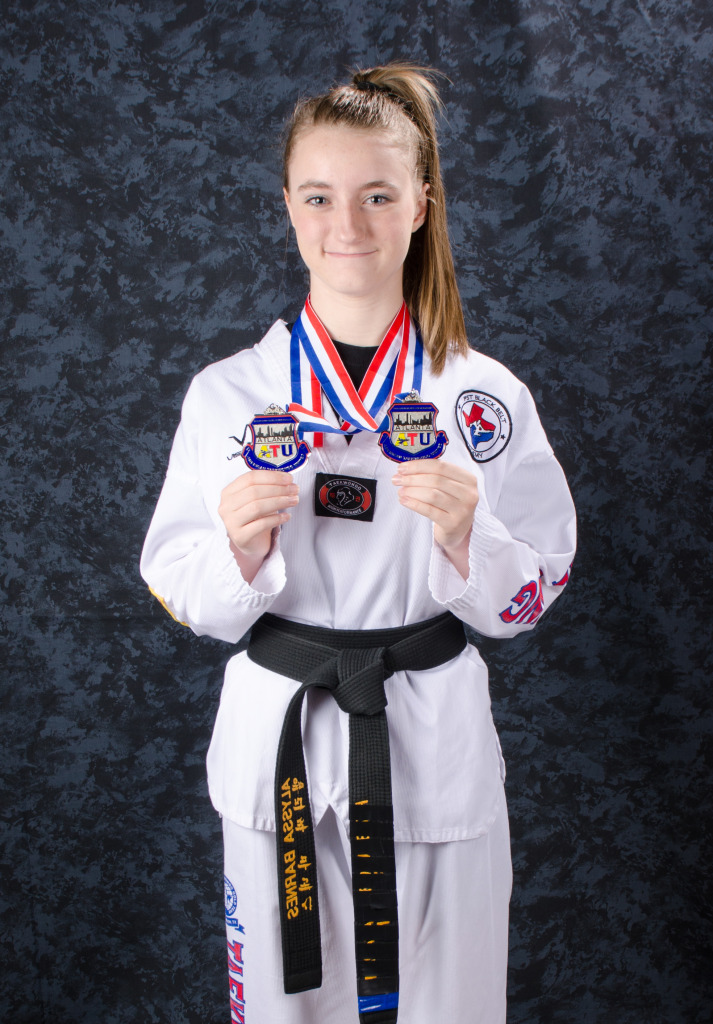 “Hana, dul, ses,” counting in Korean was one of the first lessons Alyssa Barnes, an incoming freshman at Dr. Abraham P. Cano Freshman Academy, learned from Taekwondo when she began her martial art career at just 11 years of age.

Barnes been training at Pil Sung Taekwondo (PST) Black Belt Academy for the past four years. After accomplishing her first goal of becoming a black belt in November, the Junior Olympic team became her next objective. She attended a national championship in Atlanta, Georgia on June 3-4 that would determine her opportunity to travel around the world competing with the Junior Olympic Taekwondo Team.

“There were over 22 hundred competitors from various age groups, ranging from white to black belts, competing at the National Championship Tournament,” said PST Black Belt Academy Master Instructor, Eric Arriaga. “We trained intensely six months before the competition to prepare and she fought really well, but we fell short of advancing. Overall, Alyssa did great. She won a silver medal in the female category.”

Because of her height and caliber, during practice and local tournaments Alyssa is usually paired with male opponents. At the state and national level, competitors are paired with contestants of the same gender, age, and weight group.

“In preparation for nationals, I would fight people who were stronger, taller, and faster than me. Most of them were guys, and they would try to take it easy on me because I was a girl,” Barnes said. “By now they all know that I kick hard.”

At the national tournament, Barnes fought a female, second-degree black belt who had been competing as a black belt for about six years.

“She did not seem that intimidating at first, but when we started the match, she became more of a challenge than I thought she would be. It turned out she had more experience as she had participated in the Junior Olympics before,” Barnes said.

Barnes has been a black belt for the last eight months. Her training includes meditation, self-defense, kicking techniques and memorizing a series of forms called Koryo. When performed, these forms look like a choreography of Taekwondo kicks and poses, and they are presented at competitions.

“As a black belt, I also help to teach the younger students at the academy before my training,” Barnes said. “My favorite part of Taekwondo is that Master Eric makes the training and the workouts very hard yet fun at the same time, and I love sparring.”

Her involvement in Taekwondo began when her parents signed her up so that she would learn to defend herself and as a form of therapy for her ADHD.

“At first, we only wanted her to learn to defend herself, but when she started her classes, she saw some of the older kids sparring, and was immediately interested,” said Dawn Rodriguez Barnes’ mother. “So we allowed her to try out that part of Taekwondo, and she was just a natural. In time, we started to see a big difference in her self-esteem, confidence, and her ability to focus.”

“I started off as a really shy girl, but Taekwondo changed my life for the better. My role models are just amazing people who have helped me become who I am and how I train,” Barnes said. “I also look up to a former instructor, Mrs. Alex. I am grateful to the other instructors and my friends at PST Black Belt Academy. They have always been there for me and without them, I probably wouldn’t be here today.”

In the future, Barnes hopes to attend Texas A&M University. She is currently interested in math and computers but plans to keep Taekwondo as a career focus.

“The couple of months that I trained before the nationals, I trained almost every day, but I plan to train a lot harder for next year,” Barnes said. “Something I learned in Taekwondo is that a black belt is a white belt that never gave up. I don’t only want to go to the Olympics one day, but I want to make a career out of Taekwondo. I want to be a huge role model to younger people and help them achieve their goals and dreams.”