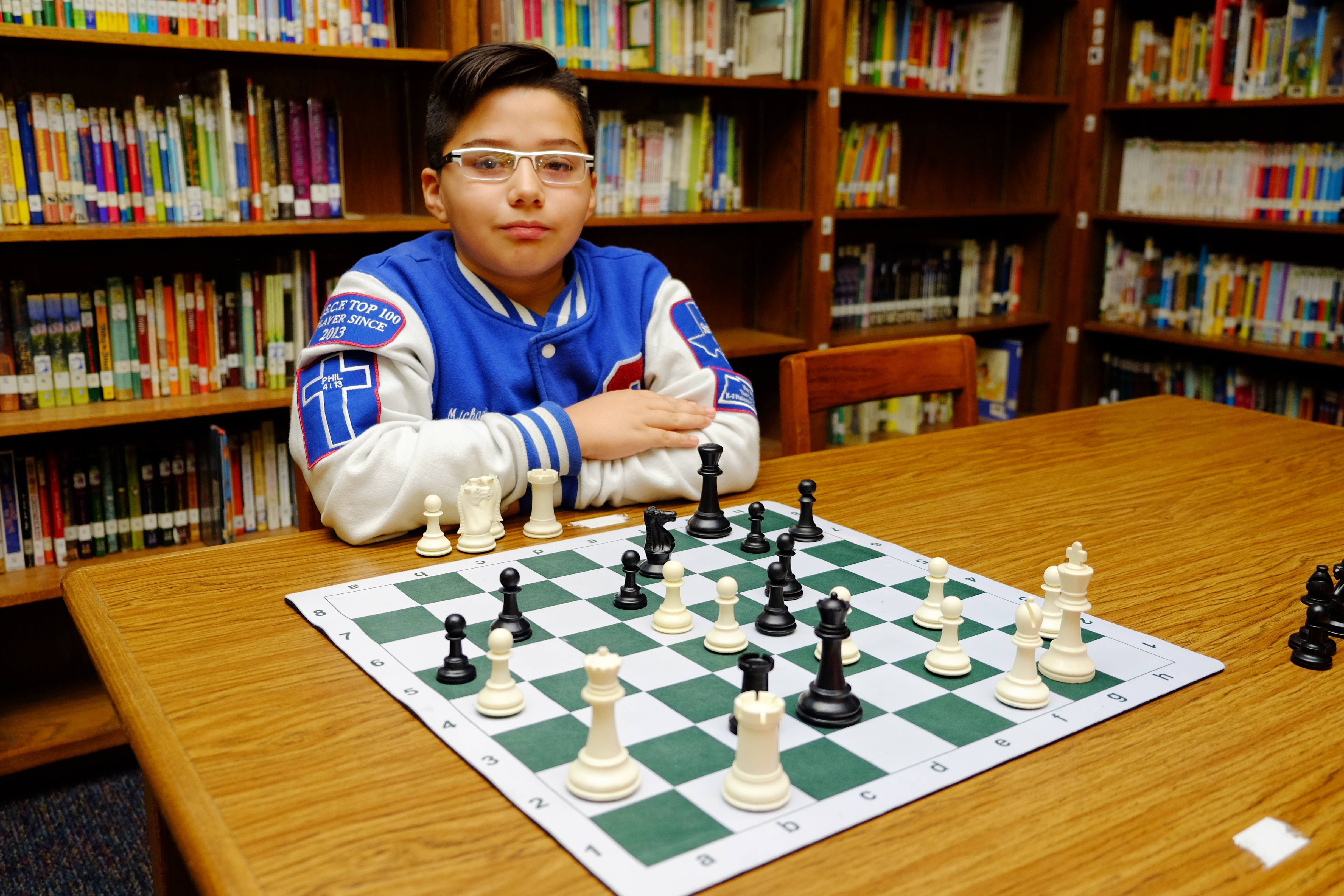 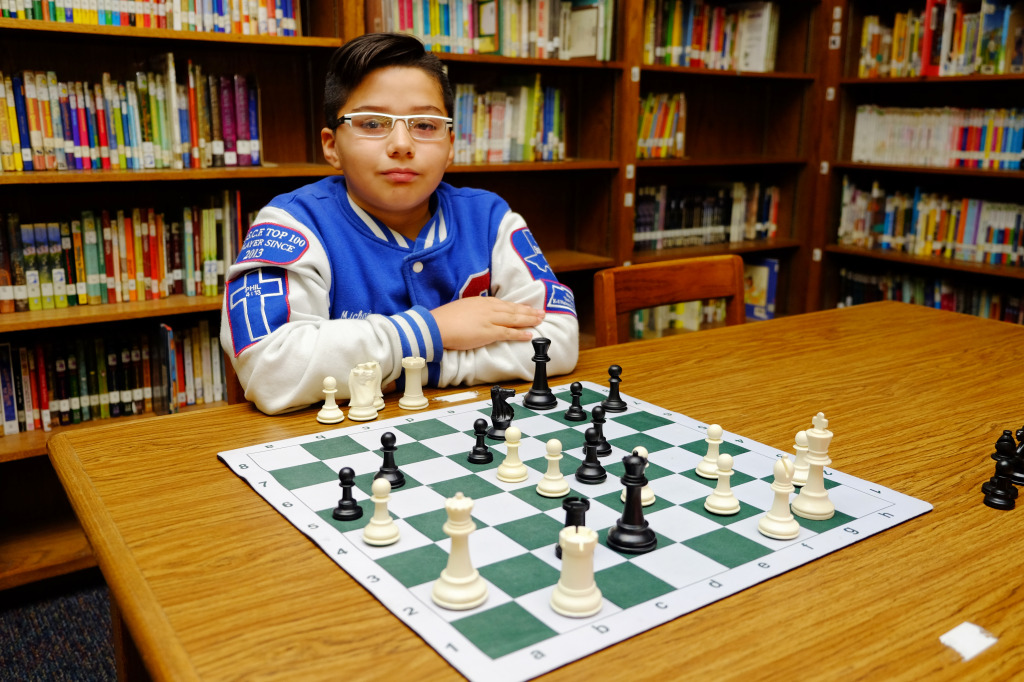 Michael Casas, a fifth-grade student at Sam Houston Elementary, is always a few steps ahead of his opponent when it comes to the game of chess, so much so that even his coach has not been able to outdo him since Casas was in third grade.

This year, he blew the competition away during the individual contest at the 2017 Texas Chess Association State Scholastic Championships. After facing the highest-rated player in the tournament and going undefeated, he tied for 1st place and was named the State Co-Champion.

Casas admits, it wasn’t easy, but getting to play against the best competitors has given him the confidence he needs going forward.

“It was a little scary to play so many people. This competition was really difficult, unlike any other I’ve been to,” he said. “There was a lot of pressure and it really tested my skills. This learning experience has made me want to push myself more, and I hope that maybe one day I can play the world champion Magnus Carlsen.”

In addition to Casas’ success in the individual contest, the Houston chess team took first place in the Elementary Championship.

“I knew that this K-5 team could win the state championship if they applied themselves. We’ve had the pressure on us all year long to win games and compete,” said George Lawson the team’s coach. “Michael went undefeated –six wins and a draw. The other players stepped up and played well too. We didn’t know we were going to win the state title. We’ve placed in the top five before, but this is the first time for us winning the state tournament.”

Lawson helps the team prepare for tournaments by giving the students practice time, giving them online challenges, and inspiring them to take on stronger opponents than themselves.

With the support of his mom, coaches, and teammates, Casas has developed a real passion for the game and has become more serious about sharpening his skills.

“I used to be careless. I didn’t really care to play chess when I was younger, but I realized I couldn’t miss out on this opportunity,” he said. “Chess helps me in many ways. It helps me relax, stay focused, it teaches me good sportsmanship, and it’s just a good life experience.”

He thanks everyone at his school who has helped him along the way and given him the opportunity to achieve success in chess. Casas will travel with his team this summer to Nationals which will be held in Nashville, Tennessee.