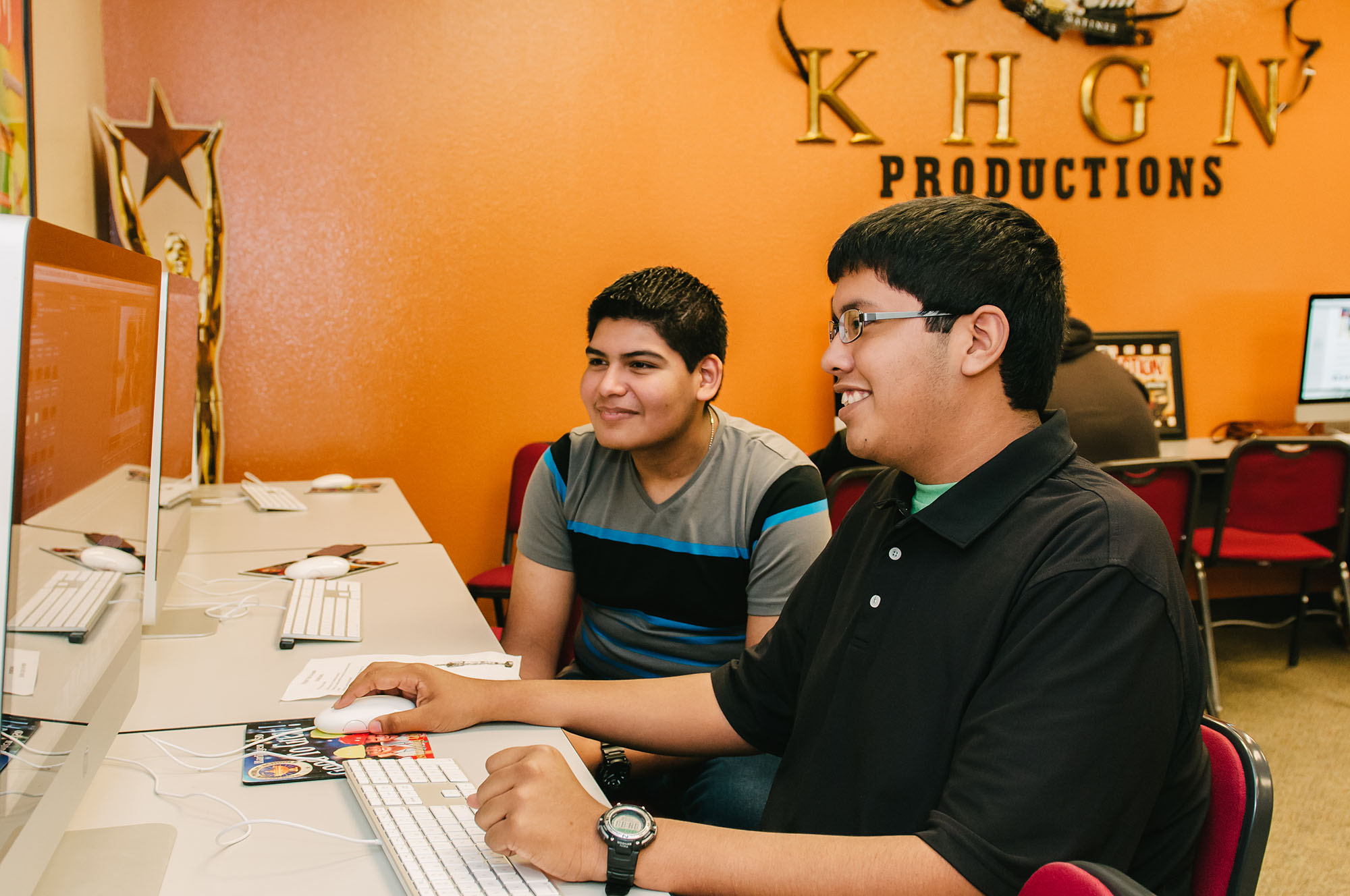 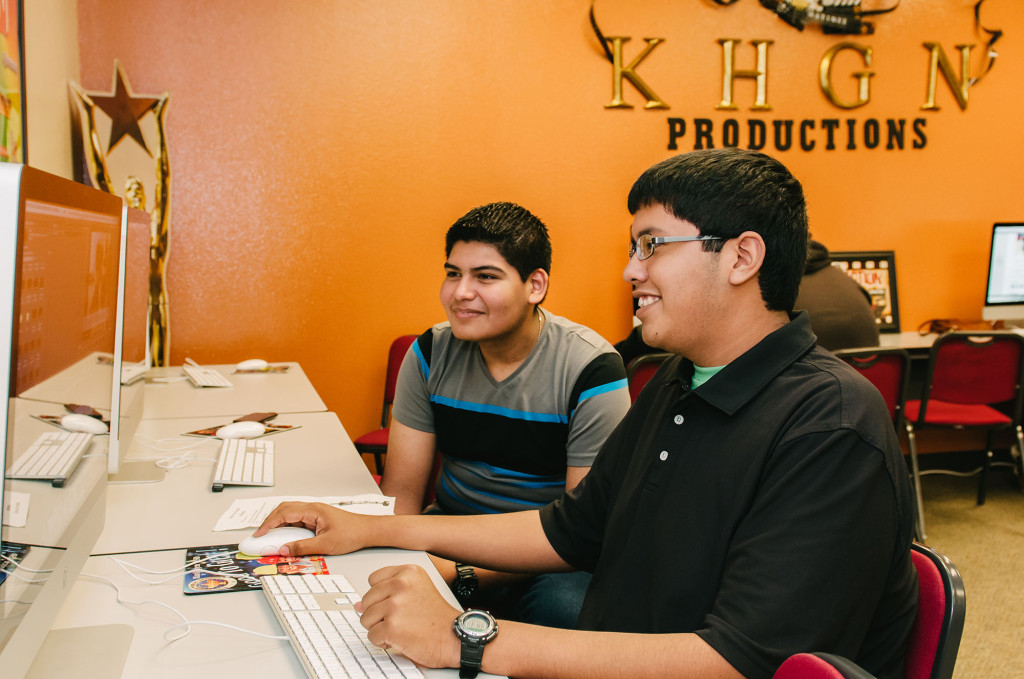 One student in a walrus costume danced behind a crew of Treasure Hills Elementary first grade students demonstrating proper tooth-brushing techniques, while two of his classmates recorded the footage for an infomercial working in partnership with a local business, Harlingen Family Dentistry.

Working with a private business on a production project provided the three students with real-world work experience through the KHGN Practicum in Audio/Video Production class, a course taught in the Harlingen Consolidated Independent School District administration building for students from any of its high schools: Harlingen High School, Harlingen High School South, Early College High School or KEYS Academy. Students work with a teacher, Patricia Guajardo of HHSS, in producing videos that showcase the entire school district, as well as working with private businesses and non-profit organizations for professional experience.

“The benefits high school students receive in working with private businesses as part of their curriculum contributes to student success,” said Gail Thomason, public relations director at Harlingen Family Dentistry. “This relationship acts as the bridge that enables students to see the value of what they are learning and then have the opportunity to apply that knowledge.  Reality learning is the ticket to student success.”

The class of nine students has worked with several outside organizations, including the Harlingen-San Benito Metropolitan Planning Organization, Girl Scouts of Greater South Texas, Tropical Winds RV Resort, and Harlingen Family Dentistry. The students also operate the production team for the varsity football games at J. Lewis Boggus Stadium in the fall, working as directors, camera operators and as graphics and instant replay controllers. The football games display during the games on the scoreboard, as well as after the games on the HCISD cable channel KHGN TV-17 and on KGBT’s website, valleycentral.com

“Getting to direct half time was my favorite part of working the football games,” KEYS senior Isaiah Delgado said. “Working with the camera operators with the replay and graphics taught me that teamwork is important.”

ECHS senior Dante Hernandez directed the PSA at Treasure Hills Elementary, while Delgado played the role of the friendly, dental hygiene, tip-giving walrus from Harlingen Family Dentistry, Willy, and Mario Deleon, a senior at HHS, assisted on a second camera.

“I had no idea what I liked to do at the beginning of the year,” Hernandez said. “Then I started the KHGN production class, and I found out that I enjoyed editing video. Before I was going to study wind turbine engineering or something, but now, I want to go into media.”

HCISD shared the video with all of its elementary school teachers and parents through an e-blast linked the district’s YouTube Channel, youtube.com/HCISDtv, where all of the KHGN production class videos are hosted.

In addition to receiving professional experience, the KHGN production students also receive the opportunity to compete with their peers across the nation through Skills USA.

Victoria Martinez, a senior at HHSS, felt validated after she advanced to the state finals for TV production, a competition that challenges students to create a news package on deadline, she said. For her qualifying project, Martinez and her partner,  HHSS senior Alexis Gonzalez, produced a news story on the Challenger Learning Center at Texas State Technical College.

“When I got to high school, I wasn’t sure what I wanted to do,” said Martinez, who plans to study film at the Art Institute of Portland in Oregon next year. “I thought I wanted to be a writer. Then I was put into the introduction to media production class and I just fell in love with it. Here in the practicum class, we work like it’s a job or an internship, but it never feels like work. It’s the best part of my day.”

Martinez and Gonzalez will compete in Corpus Christi on March 28 for a chance to qualify for the national Skills USA competition.

Adding to their list of achievements Hernandez was selected to the Division 2 State Semifinals Qualifiers in the University Interscholastic League (UIL) Young Filmmakers Festival for a news package he created about Stuart Place Elementary’s  Teacher of the Week selection . It’s the first year the class has submitted entries to the festival.