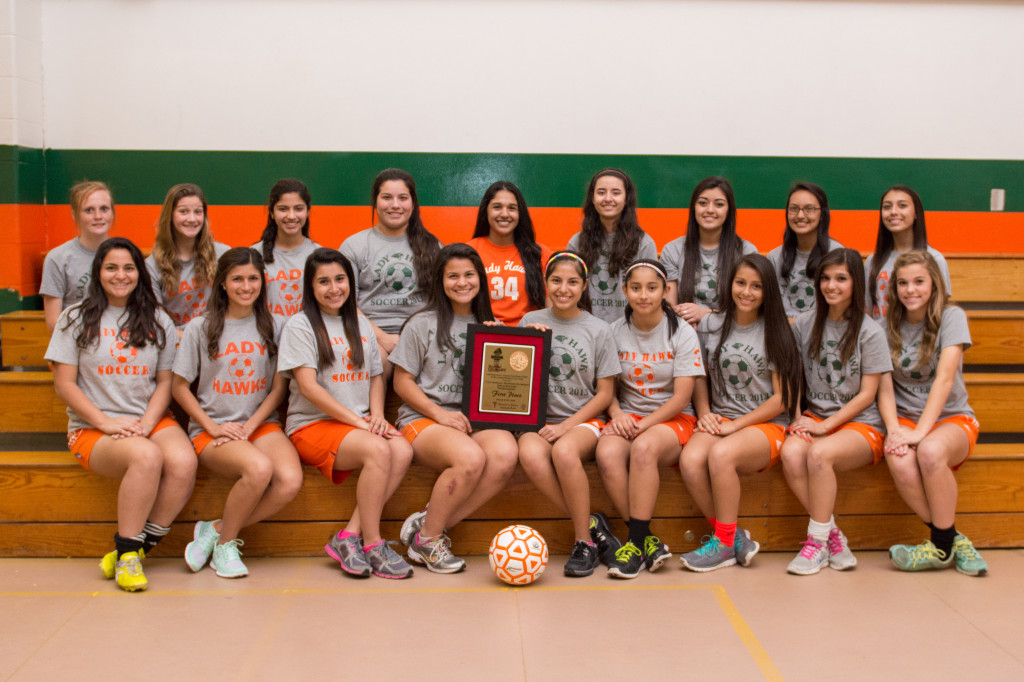 The 11th annual Girls Border Olympics Soccer Tournament was no match for the Harlingen High School South girl’s soccer team as they took home the top prize on Jan. 9.

Hosted in Laredo, the tournament featured 19 schools from across South Texas competing for the coveted title of champion. To earn first place, the girl’s competed against Edcouch Elsa, Nikki Rowe, Roma, Edinburg Economedes, and Laredo United.

This is the first year the team has participated in the tournament.

Omar Pedroza, HHSS girl’s soccer coach, said that he is very satisfied with the way the girls played and expects to see the same effort during other tournaments. He also hopes to see his team compete for the District title later this season, and notes that the road to get there will be tough.

The team will compete in their first District game against Brownsville Pace on Jan. 17.