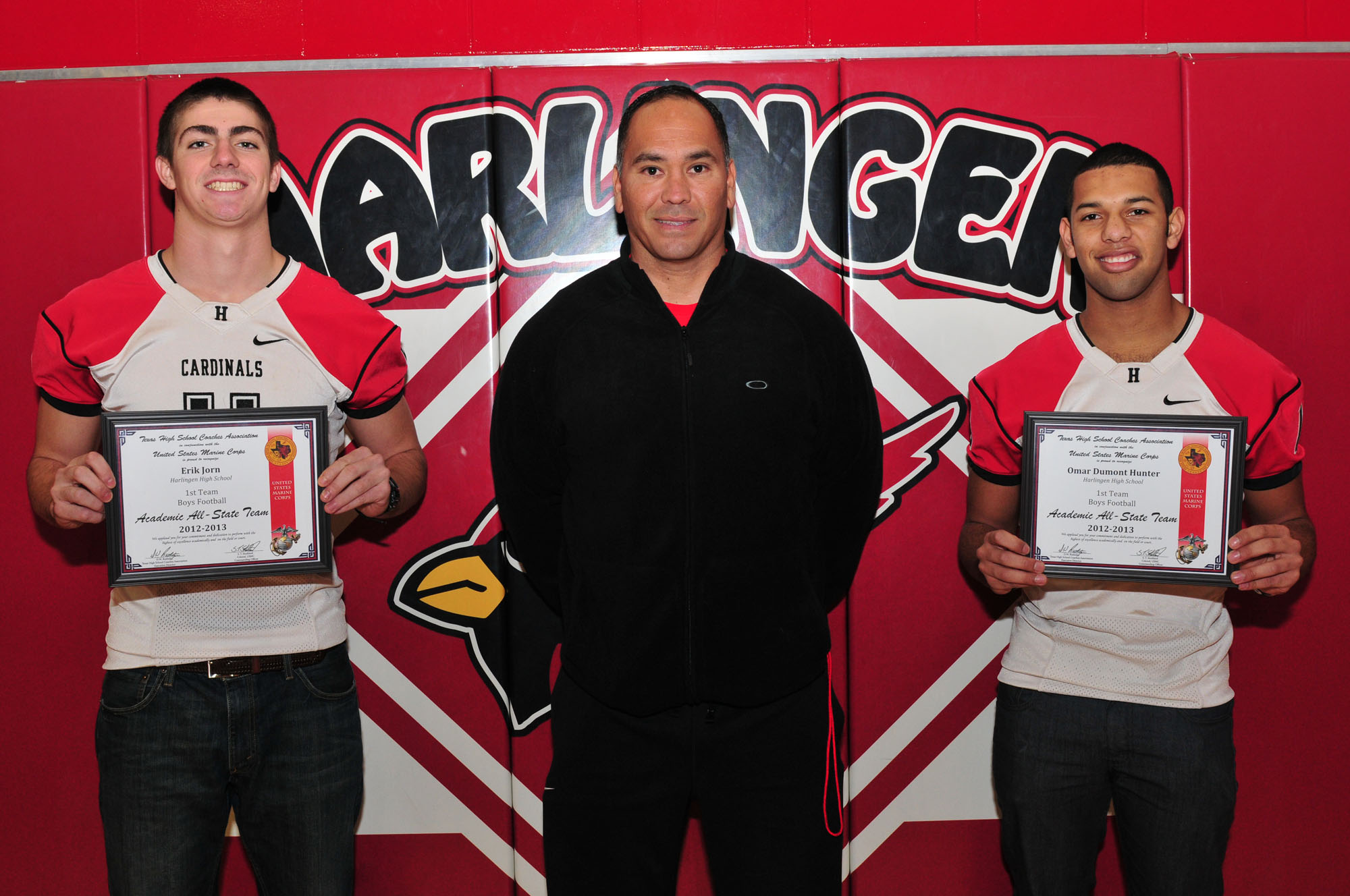 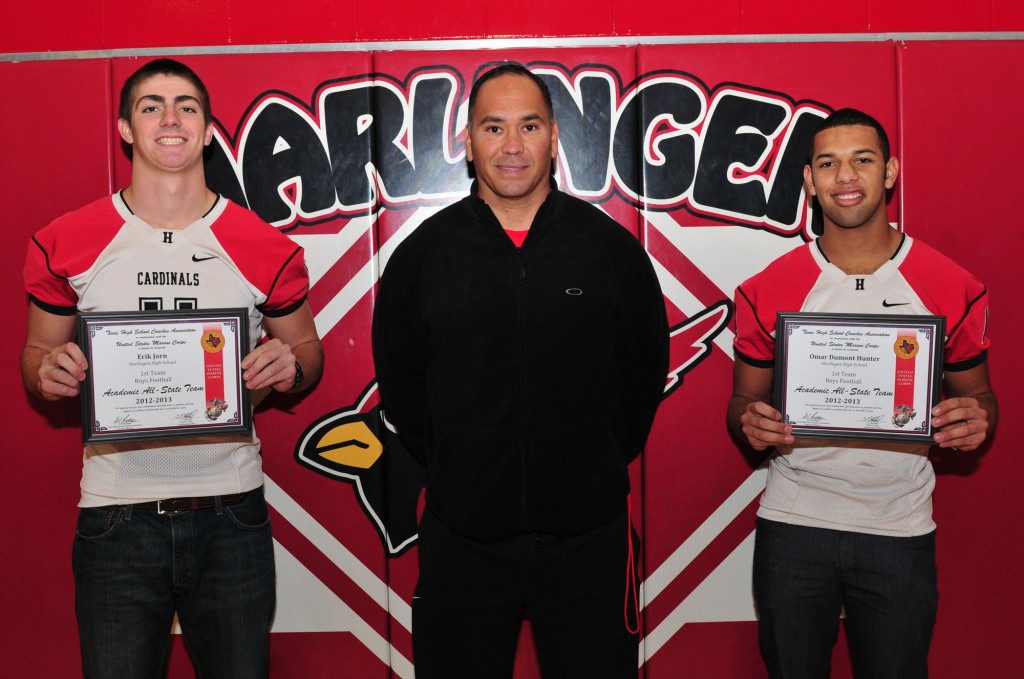 Harlingen High School seniors Omar Hunter and Erik Jorn have had a great season, not only on the football field but also in the classroom.

Hunter and Jorn were awarded positions on the 2012-2013 Academic All-State Football Team by the Texas High School Coaches Association (THSCA). They received a First Team placement, which represents the highest honor a student-athlete could earn.

“It’s a high honor considering we have to attend practice, maintain our Grade Point Average (GPA) and do well in the classroom and field,” said Hunter, who is currently ranked fourth our of 596 students. “It’s a testament to the quality our school and football program.”

Student-athletes were awarded positions based on their academic performance and merit. To be considered for any of the teams, students were required to maintain a minimum of a 92 average throughout high school and be nominated by a coach.

They will serve as the only football representatives for the Harlingen Consolidated Independent School District.

The motivation to nominate Hunter and Jorn for recognition was almost immediate for HHS Football Coach Manny Gomez. After seeing their athletic and academic performances, Gomez knew what he needed to do to ensure they received proper recognition, he said.

“It’s the first time I’ve had this quality of student-athletes on a football team who are able to accomplish what they do in the classroom,” Gomez said. “It says a lot about their character and their support at home.”

With all of the additional organizations Hunter and Jorn belong to, both student-athletes attribute hard work and time management to being able to remain academically focused. They hope that with their recent honor, they can help spread the word about the importance of hard work and dedication to students and athletes around campus.

“We want it to show other students that as long as they work hard it will pay off,” said Jorn. “People notice when the effort is there and they will get better. Hard work will always pay off.”

The feeling is shared by Gomez who would like students to know its possible to maintain a high level of focus in the classroom while participating in athletics and extracurricular activities, he said.

Both student-athletes plan to take the skills they’ve acquired during high school to college. Hunter is planning on studying business. Jorn plans to attend the University of Texas at Austin and study engineering.