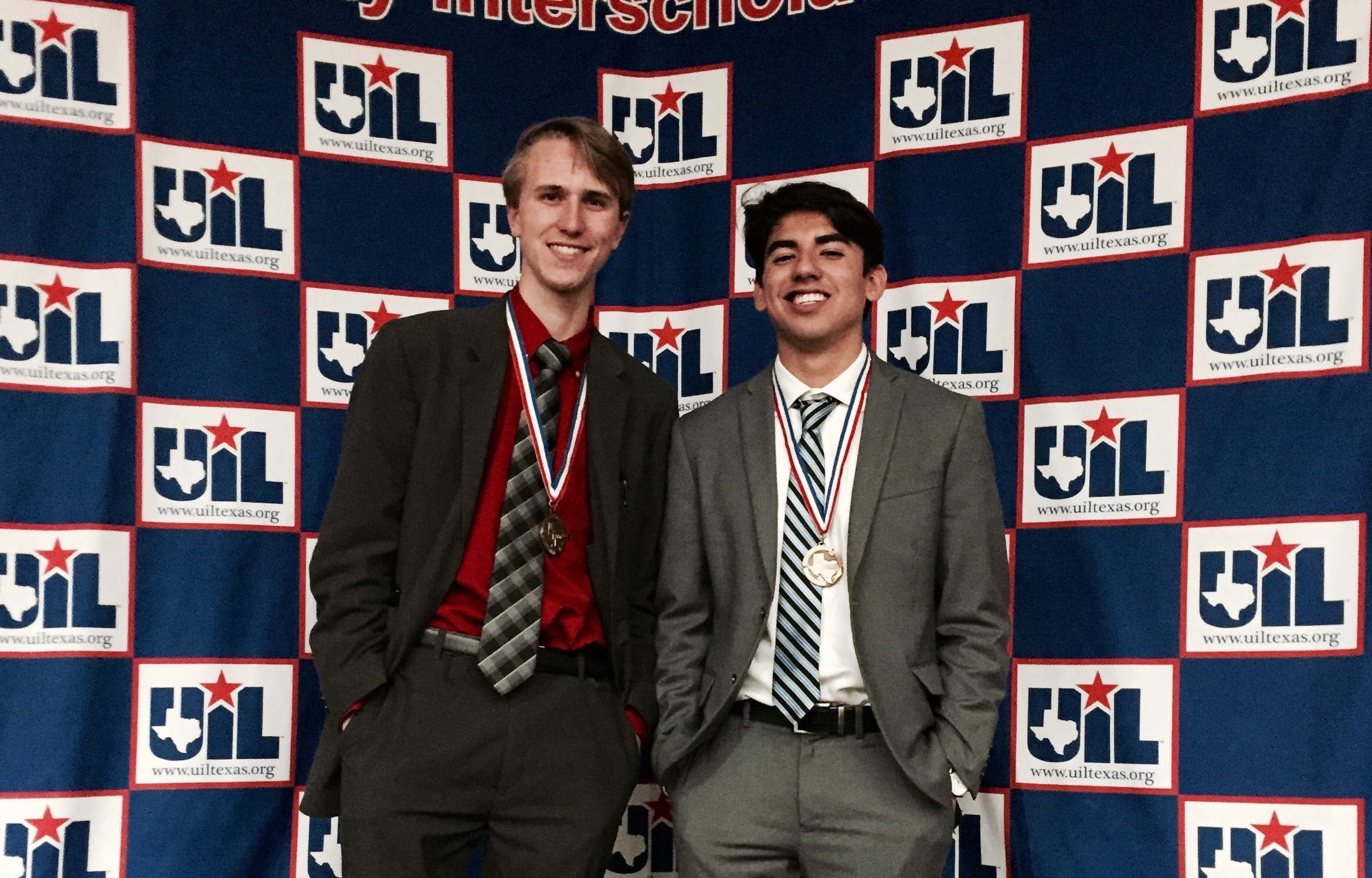 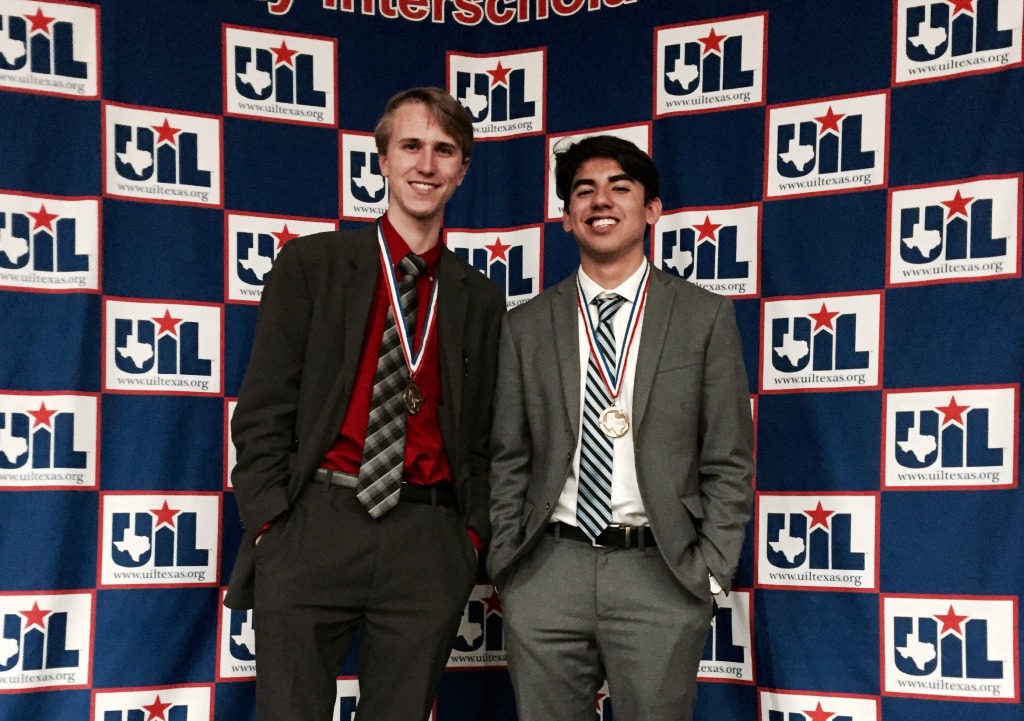 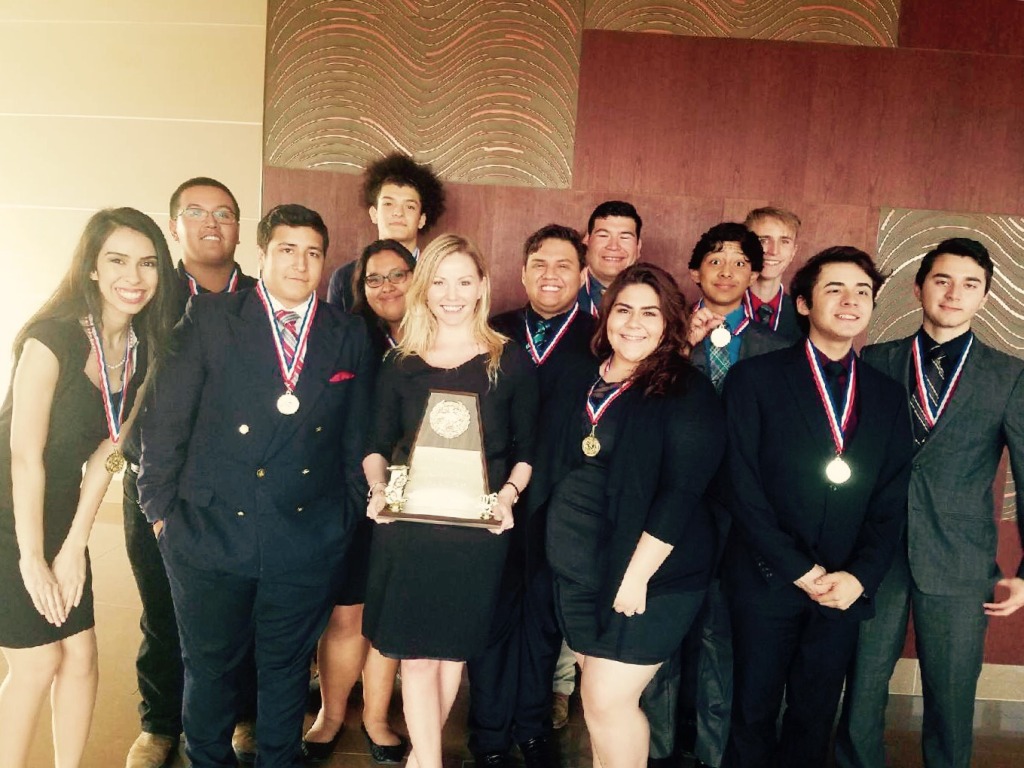 After months of preparation and several UIL competitions, the Speech, Drama, and Debate teams at Harlingen High School are in the last stages of competition and continue to see the results of their hard work paying off.

In Speech and Debate, senior Jayson Alvarado and sophomore Grant Burbach, the District Champion team, advanced to the quarterfinals round at the UIL State Championship this past Saturday. Although they did not make it to finals on a 2-1 decision, they finished off as the ELITE 8 among all 6-A Cross Examination teams in Texas.

As for the Drama teams, the One-Act Play cast and crew are preparing for their bi-district competition on April 1. They advanced with their production of “The Boy Next Door” at the district level. The only other two 6-A schools in the Rio Grande Valley advancing are Veteran’s Memorial High School and Lopez High School.