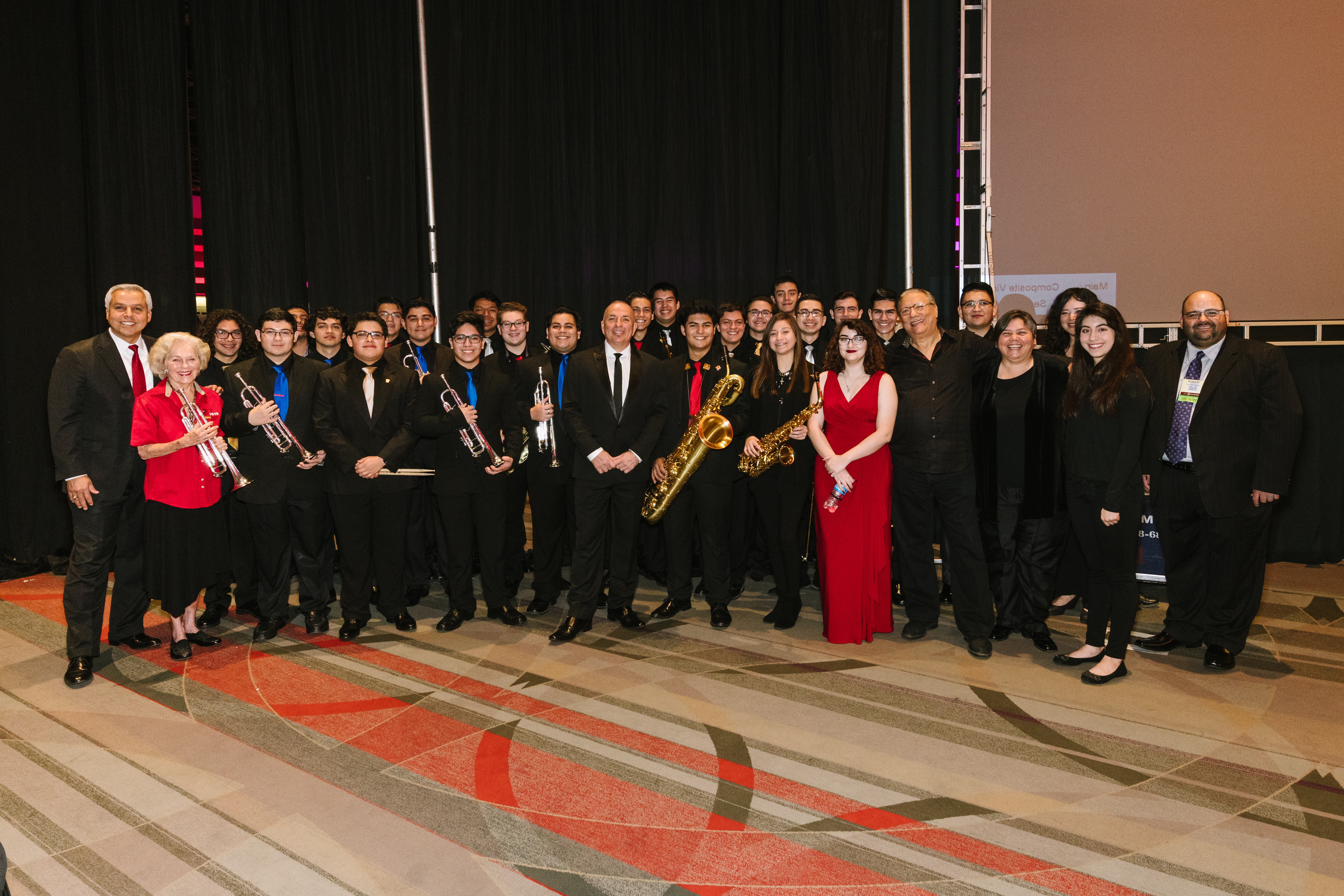 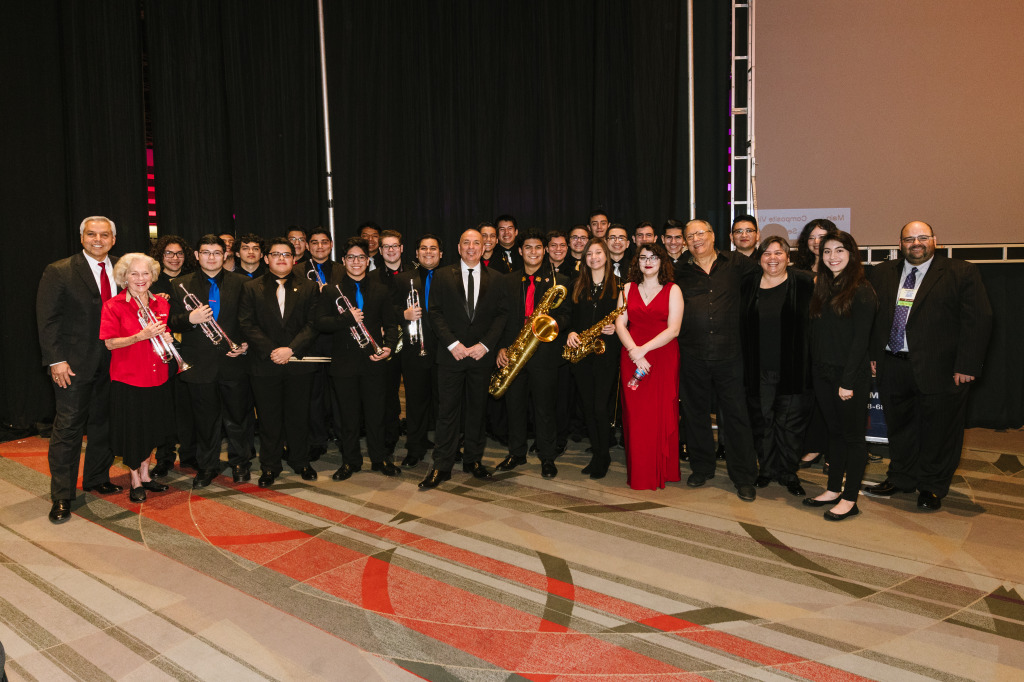 The jazz ensemble was joined on stage, at the Henry B. Gonzalez Convention Center, by 10-time Grammy award-winning musician Arturo Sandoval-trumpet.

“We witnessed the most amazing concert that I have ever seen, “Superintendent Dr. Art Cavazos said. “Arturo Sandoval played ‘When You Wish Upon a Star’ and it was very appropriate because the kids’ wishes came true today. The kids were phenomenal. Everything came into place.This really speaks well of our program in Harlingen, but it speaks volumes about the quality of our kids and our staff and so I am super proud.”

“It is amazing what these HHS jazz students have done,” Board President Gerry Fleuriet said. “It is beyond anything I could have ever hoped to hear. I am exceedingly grateful to the band directors and to the student and their parents. It was just an astonishing experience.”

Harlingen High School was selected for the performance through a rigorous audition process in which high school jazz bands throughout Texas submitted an audio recording of their groups. A panel of judges critiqued recordings with the winning group being selected as the TMEA High School Invited Jazz Band.

“This is arguably the biggest crowd that our band has ever performed in front of,” senior Josue Ayala said. “To be in the presence of such a talented, award-winning musician is such an honor. It took a lot of practice and determination to get here, but I wouldn’t be here if it wasn’t for Harlingen CISD so I want to say thank you.”

The jazz ensemble presented an hour concert at TMEA in the ‘Stars at Night Ballroom’ during the first half of the day. The group also presented a session for the TMEA membership called “A Smash Course on the Ins and Outs and the How-Tos of Big Band.” Former Maynard Ferguson musician Denis DiBlasio led the session later that same evening.

Most recently, Harlingen High School is one of two high school jazz bands across the globe to perform at the International Midwest Clinic in Chicago last December 2015.

Sandoval is also a 2013 Presidential Medal of Freedom Recipient and resides in Los Angeles. The Cuban-born musician’s life has even been featured in a movie aired on HBO called ‘For Love or Country: The Arturo Sandoval Story.’

The jazz ensemble is led by HHS Director of Bands-Ronnie Rios. Rios also serves as the district’s Director of Music Programs.

“The state of Texas saw HCISD on a huge platform today in terms of talent, achievement, and instruments, great instruments that the TRE gave us,” said Ronnie Rios. “We did not disappoint. The kids played really well. They were super focused and the crowd loved them. This is just such a tremendous event and I think we will all remember it for the rest of our lives.”