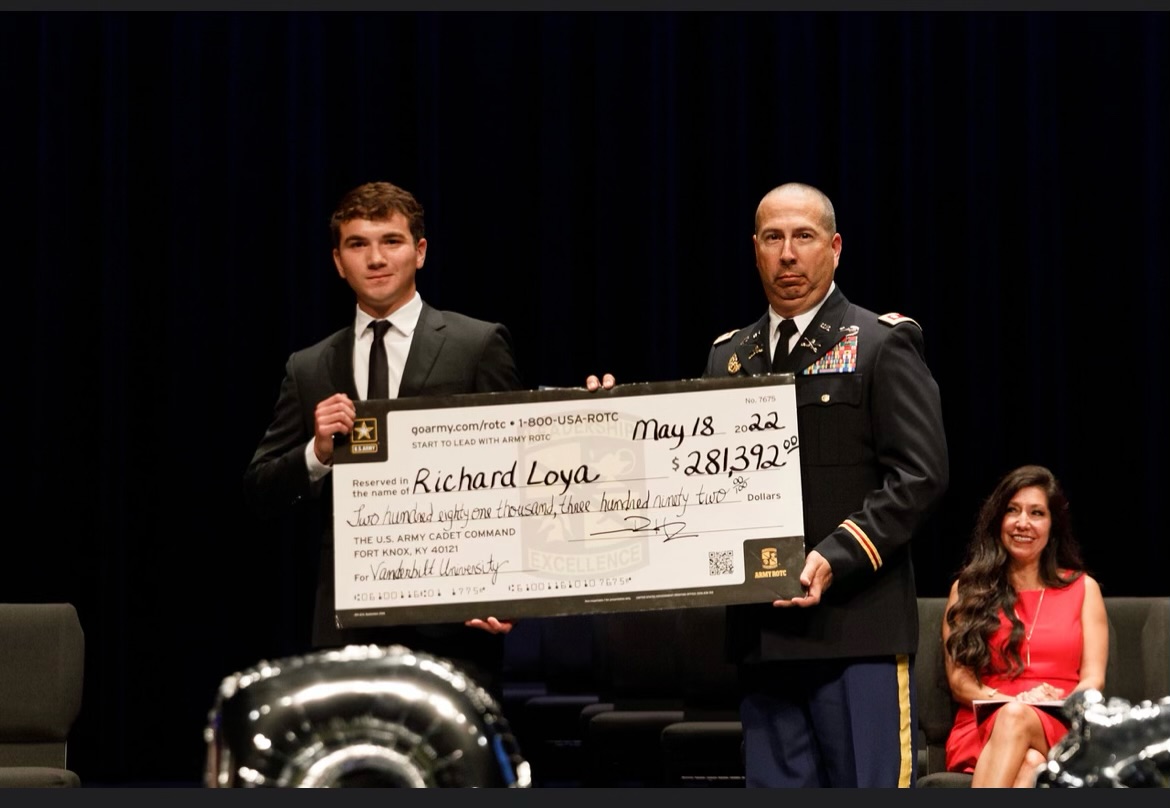 Richard Loya, a 2022 Harlingen High School graduate, will be enjoying the music scene and food of Nashville, Tennessee for the next four years.

He received a full-tuition ROTC scholarship to Vanderbilt University.

“I filled out the ROTC scholarship in June,” Loya said. “I had to go through essays and interviews with a colonel. It’s a rigorous process. Out of the 10,000 plus applicants that apply, only 2,000 are able to get the scholarship. I received the four-year which only 1,000 applicants got.”

“I had been waiting for that day for months,” Loya said. “It was the only thing I could think of, so I was nervous. At 5:00 p.m. I checked the portal. Of course, I didn’t see it. It said click here to accept. It didn’t have confetti or anything, so I was worried that I didn’t get in until my parents found it. I was happy, extremely happy.”

His aspiration for studying in the medical field was the driving force behind his decision to commit to Vanderbilt.

“Coming out of the pandemic, I learned that Vanderbilt had developed the Moderna vaccine,” Loya said. “I want to study medicine, and this development proved that it is amongst the top universities for the medical field.”

Loya’s community involvement made him a standout candidate for the ROTC scholarship.

Throughout high school, Loya served with the Civil Air Patrol.

“It’s a national and worldwide organization,” he said. “I am part of the Brownsville Squadron.  I am the First Lieutenant right now. Our main thing is search and rescue.”

During his senior year, he also had an opportunity to work with the Culture of Life Ministries.

“It’s a free clinic,” Loya said. “It’s a volunteer-based organization that helps give health care needs to those in need. It’s a fully functional clinic. I would spend my first period there and then go back to school for the rest of the day during my senior year.”

Under the conditions of the scholarship, Loya will take part in the ROTC program at Vanderbilt.

“After that, I’ll commission as an officer in the Army,” he said. “I love Nashville; the atmosphere is great. Moving there just feels right.”