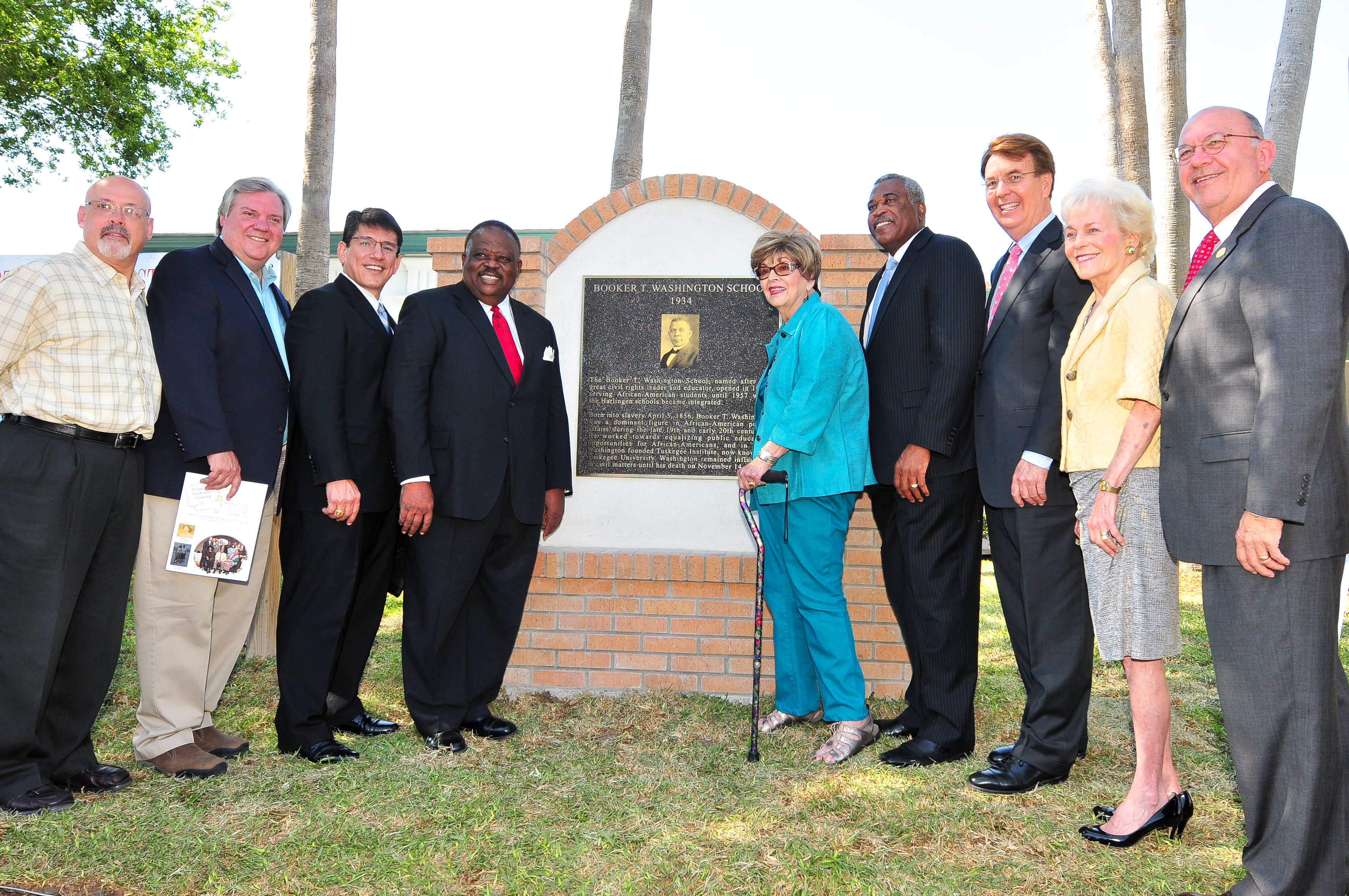 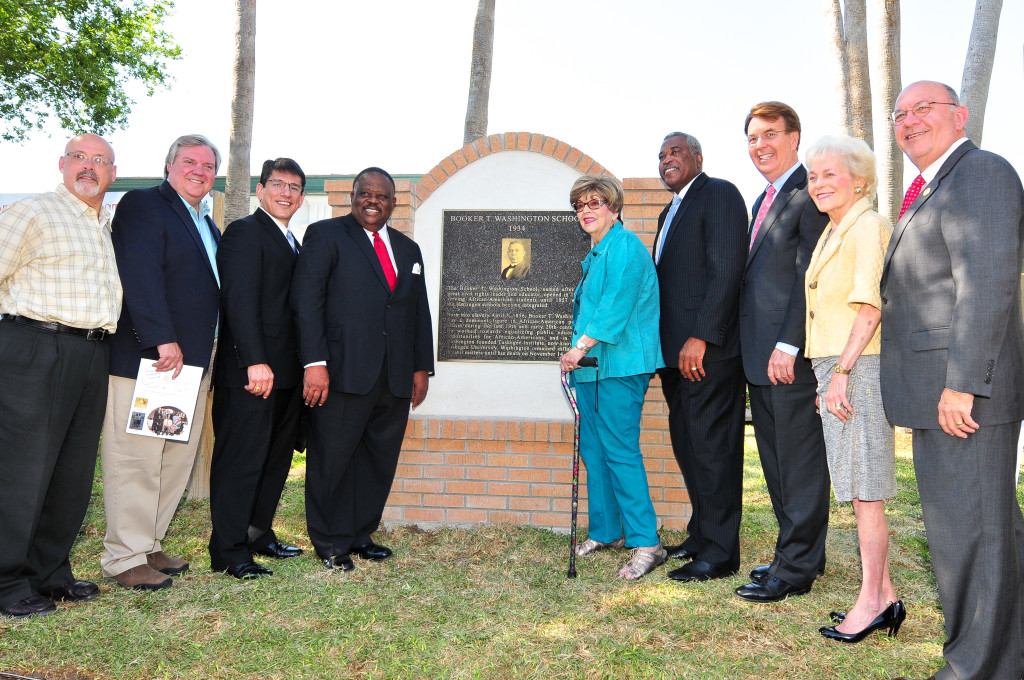 To recognize Harlingen’s past, the Harlingen Consolidated Independent School District honored the Booker T. Washington School during a plaque unveiling ceremony on May 4.

The ceremony honored the campus, which served African-American students until the community’s schools became integrated during the 1956 – 1957 school year. The facility educated HCISD students from 1934 to 1956.

“Today we are bringing forward the principles of freedom and social justice and equality for all people,” said Board of Trustees Vice President George McShan. “We are proud that so many people came to recognize the importance of education.”

“This building, that was once the Booker T. Washington School, symbolizes the progress we have made as a city and society,” said Superintendent Dr. Steve Flores. “It symbolizes the opportunities that education can provide.”

The decision to honor the campus was approved by the HCISD Board of Trustees during its regular in January 2013. Davis, who advocated for the school’s name to be recognized, worked closely with McShan to achieve the commemorative outcome.The plaque casing was built by the District Operations Department.

“I’ve been trying to do this for about 25 years, and I have to thank Dr. Flores for pushing the ball forward in getting this done for the community,” said Davis.

To view the video of the Plaque Unveiling Ceremony click here.