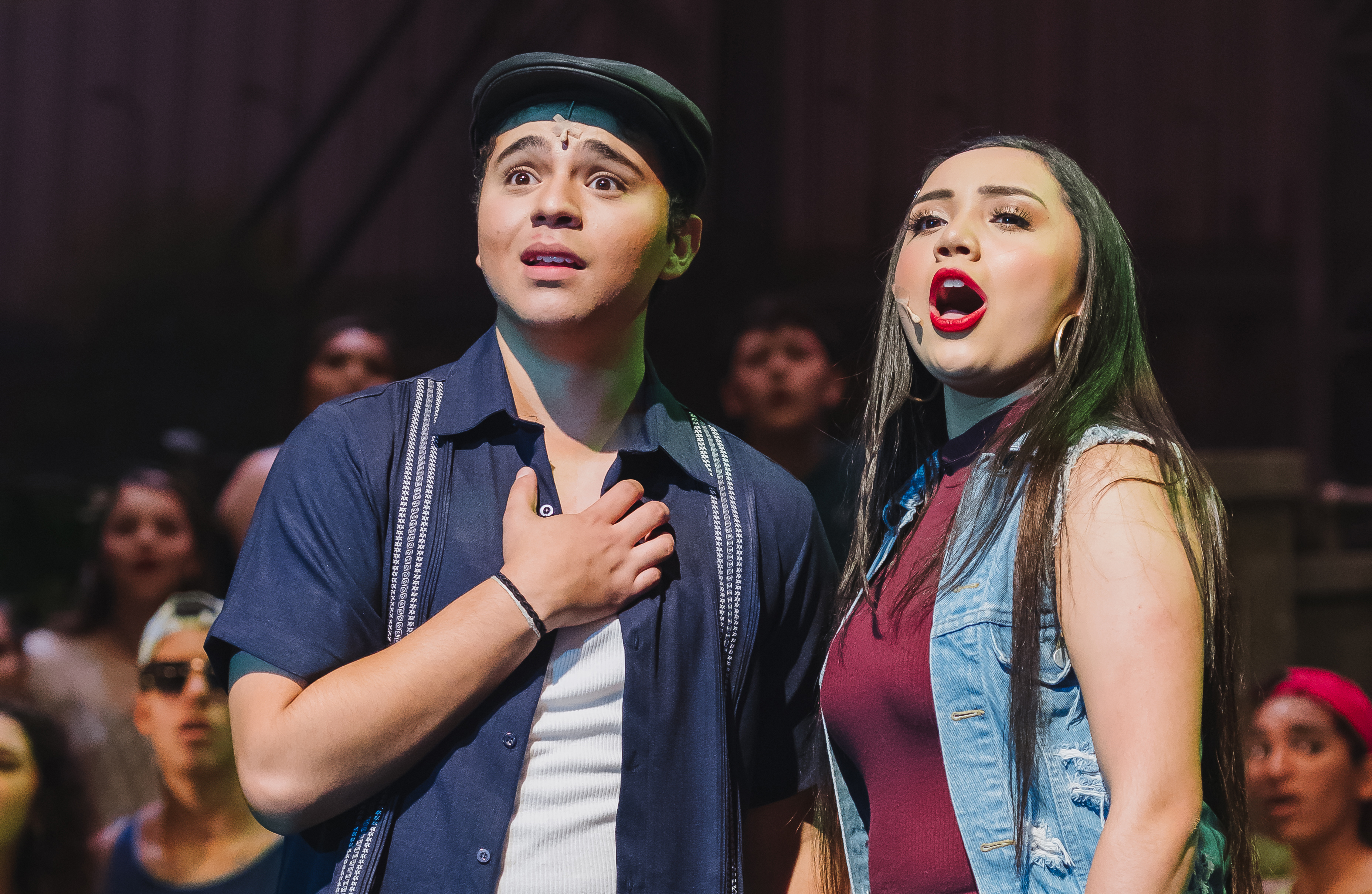 Harlingen Performing Arts Conservatory students were featured in a National Hispanic Foundation video shared on social media platforms. The video was posted in early October in honor of Hispanic Heritage Month and as a homage to the cast of the upcoming film, “In the Heights.”

This past summer, HCISD was contacted by board members of the National Hispanic Foundation for the Arts after they watched a video of the HCISD production of “In the Heights.”

“The National Hispanic Foundation of the Arts came across our home performance during the 2020 RGV Palm Awards where we sent our video,” Theatre Arts teacher Christopher Esparza said. “One of the board of directors for NHFT saw the kids perform and asked us to do a tribute performance to showcase Latino talent. I am very proud of these students and the impact this performance has had on our community.”

Tristan Flores and Gabriella Celine Garza played the lead roles in the school production of “In the Heights” last school year.

Tristan Flores is currently a junior at Harlingen High School.

“It felt so fulfilling to be chosen to work on this project,” Flores said. “It was definitely a huge surprise knowing that Lin-Manuel Miranda, the mind behind ‘In the Heights’ as well as ‘Hamilton’, was going to watch our video,” Flores said. “I felt so proud knowing that our little show that was shown for the RGV is now able to be noticed nationwide.”

A crew from Los Angeles was sent to film the leads perform in downtown Harlingen. Flores reflected on the day that the recording took place.

“The filming for the video was right at the beginning of August,” Flores said. “I remember the shoot so vividly, due to the fact that there were plenty of mosquitos. When Gabby and I got there, we met with the producer, Gilbert Zepeda, and the director who has worked with Adam Sandler in previous years. I’ve never been professionally recorded prior to the shoot, so it was definitely new to me. It was such a cool experience walking through downtown Harlingen, performing the song at different spots, and being able to switch up the intensity of each performance with the various shots and angles that the director was shooting from.”

Gabriella Celine Garza, a senior at Harlingen High School when she played the lead role in the HCISD production, is now a freshman at Texas Lutheran University.

“We all worked so hard to give the best show we could possibly give,” Garza said. “And being part of this affirms that our hard work paid off. The Harlingen Performing Arts Conservatory is an arts-focused conservatory in the state of Texas that has a wide variety of young, talented Latino artists and performers. The HPAC’s production of ‘In the Heights’ was also named in the Top Three Musical Productions in the State in 2019. I’d like to thank the National Hispanic Foundation for giving us this opportunity to showcase the talent we have in the Rio Grande Valley.”

“Unbelievable,” HCISD Fine Arts Coordinator Lee Ann Ince said about the opportunity. “This kind of exposure is incredible for the students and the district.  The Harlingen Performing Arts Conservatory is definitely on the map.  We are grateful and humbled by the national recognition.”

Click here or visit our social media to watch the video.