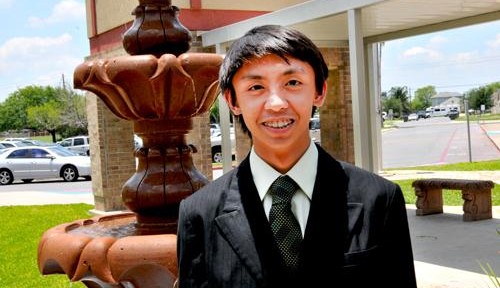 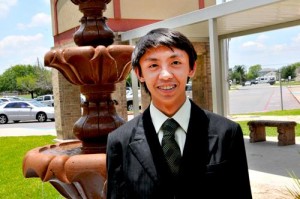 Jann Soto arms himself for competitions with a big plastic tub filled with news articles and information.

“My tub is just filled with Google News articles about countries all over the world,” Soto said. “You have to be prepared for anything.”

The sophomore at Harlingen High School South competes in speech and debate events for the school, he said. Earlier this month, he competed on the national stage at the Northwestern University Tournament of Champions.

Soto competed in extemporaneous speaking at the Tournament of Champions, he said. In the event, competitors start in a room together, and are called one by one to select three random topics given to them from an undisclosed list. They then pick one of those three topics to present on, using their tubs filled with information and data.

“This event takes a lot of information,” Soto said. “You have to have as much information available to you as possible to be prepared for anything.”

Soto hopes to win the Tournament of Champions, he said. After being eliminated from the tournament, he made sure to watch the winning competitors, taking notes on the structure of their presentations and the girth of their information tubs.

“I have to really think about the subject I’m talking about, while picking at other competitor’s arguments and defending my own,” he said. “It puts you on another scale in terms of critical thinking.”

Soto had dreams of playing football or basketball when he arrived in high school, he said. But his parents urged him to look into other activities, which lead him to the Speech, Drama and Debate Club.

“I was going to try out for football, even though I’m really skinny,” Soto said. “I also wanted to play basketball. But I think I made the right decision. I love speech so much more.”