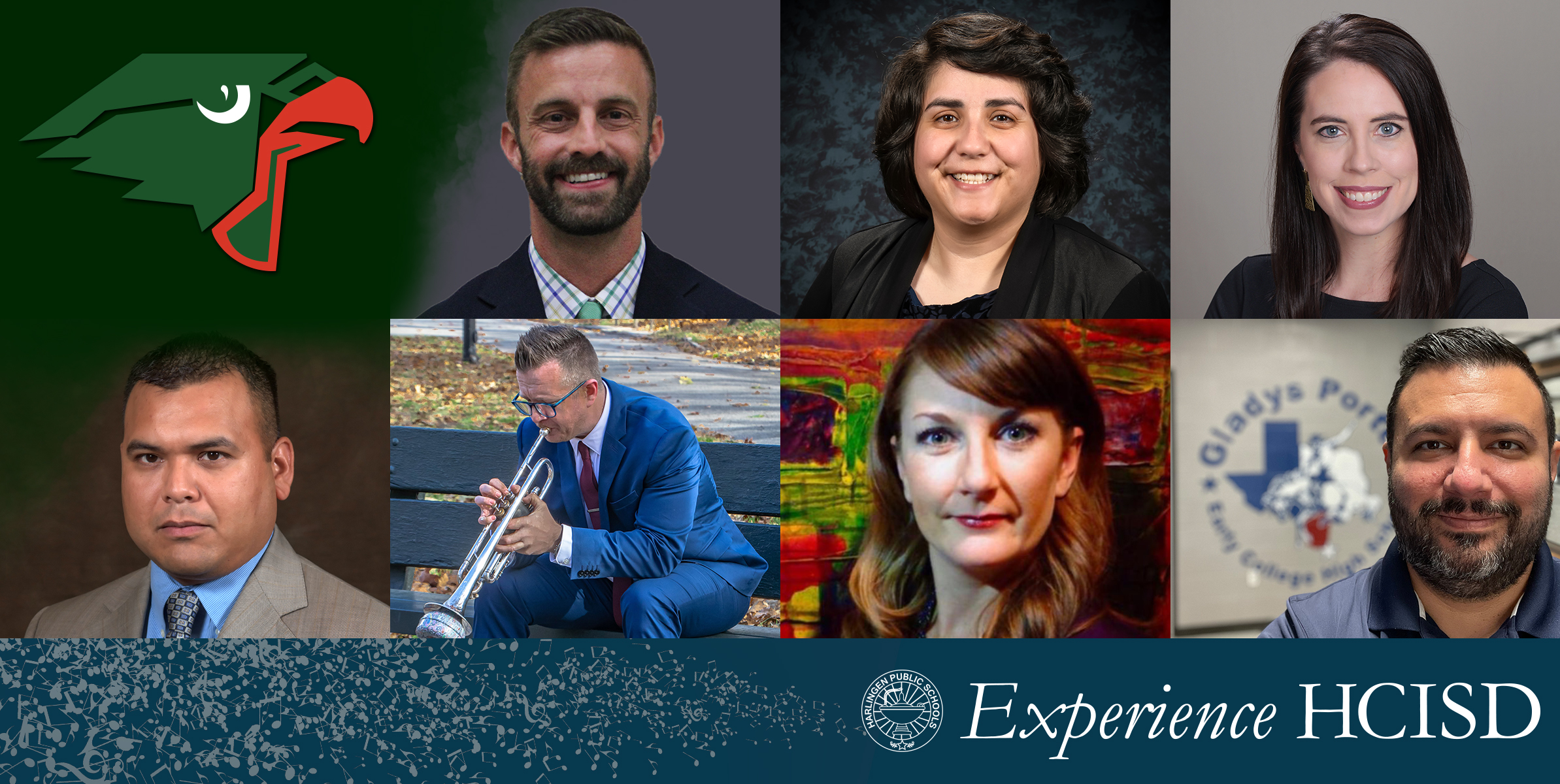 “There was an energy about the band,” Vela Middle School Jazz Band Director Erika R. Uribe said. “There was a new director, times were changing from the previous director, and everybody wanted to do well. That was very apparent as we went through the year. As a freshman class we were just young, and we wanted to carve out our own path. Having older kids around us who were just gung-ho and wanted to be like the best and just trying to keep up with everybody was also part of it. That’s where it started, and we just kept going. The younger kids just continued trying to keep the tradition.”

Although they were in different grade levels, these individuals played together in the same band from 1997-1998. Reagan Brumley, Vanessa Gardner, Kara Hoeflinger, Mario Luna, Erika R. Uribe, Roy Barajas, and Matthew Timm were part of this group.

After graduation, each took their own route and dispersed throughout the state and the nation.

These alumni who graduated between 1998 and 2001 from Harlingen High School South reunited via Zoom in early October 2020 to reminisce about their high school band years. During their virtual reunion, they pulled up pictures of old yearbooks to the screen, relived memories, and discussed how and why they all ended up pursuing careers in music.

“All I remember is a bunch of smiles, a bunch of fun, and that is what I am trying to emulate in my band program,” Barajas said.

Although many years have passed, the experiences and memories they obtained through their music education at South have not faded. Barajas recalled the first time the band made it to state.

“I had not even thought about being a musician until I was a senior, and I remember the very moment I decided that,” Barajas said. “We were in Waco, Texas at the State Marching Contest looking down that tunnel and just thinking, ‘Ok, this is what they were going for.’ For us it was kind of like fulfilling a wish that the others had before us. Reagan was a senior when I was a freshman, he was my section leader and our drum major, and part of me wanted to make that happen for our trombone section, for our section leaders. They were the ones that kind of propelled us forward whether they realized it or not and by the time we were seniors, it was ‘Ok music is it. I don’t want to be a Computer Science Engineer anymore; this is it.’”

Brumley recalled what those first years of having a second high school in Harlingen were like.

“When Mario and I came into the South program in the fall of ‘94, something that you have to remember is that it was only the second year that the school had existed,” Brumley said. “I don’t know that we cognitively thought this at the time, but when I look at it in retrospect, I think we were very much trying to form our own identity, as a program and as a school. We were trying to carve out an identity. Everything we did was the first time it had been done.”

Mario Luna credits their educators for the current success of the individuals in this group.

“I think it just started with our instructors and our teachers,” Luna said. “We just had good instructors that cared for us and pushed us to excel.”

Kara Hoeflinger, currently the Fine Arts Coordinator at Comal ISD, also attributes their success to the strong role models they had who helped to grow their passion for music by pushing and inspiring one another.

“If you want to be good you got to surround yourself by good people,” Hoeflinger said. “We just happened to be in this little microcosm of a lot of natural talent. I mean Vanessa and Matt were just like these amazing people that practiced all the time, and they set a standard for that. There was a huge push from our directors for student leadership. I know me, Erika and Matt were freshman when Reagan and Mario were seniors, and they just set a real standard of selflessness and professional development, in the kid sense. The freshmen were watching these seniors push and collaborate all the time with our solo ensemble group and that just kept going.”

Vanessa Gardner took a slightly different route. While most of the others pursued careers in music education, Gardner wanted to be a performer and that’s exactly what she did for many years before becoming the Director of Marketing and Communications for the Toledo Alliance for the Performing Arts.

“I definitely went the performance route,” Gardner said. “I am not a good teacher, so for me I always wanted to be on stage. I ended up finding out along the way that I was good on the production side. I have really found a love for the production side which is why I am in arts management.”

When reflecting back on their time in band and trying to figure out why they all ended up with careers in music, they all agreed that Shane Shinsato, currently still a band director at Harlingen High School South, was one of the main reasons. Each band alumnus had many great things to say about how he helped them grow, seek careers in music, and reach their current success.

Matthew Timm, who is now a freelance trumpet player in New York, was also a part of this alumni group, but he was unable to attend the virtual reunion due to prior engagements.

All seven alumni pursued careers in music and although they each have different lives established in various locations throughout Texas and the nation; music continues to connect them.