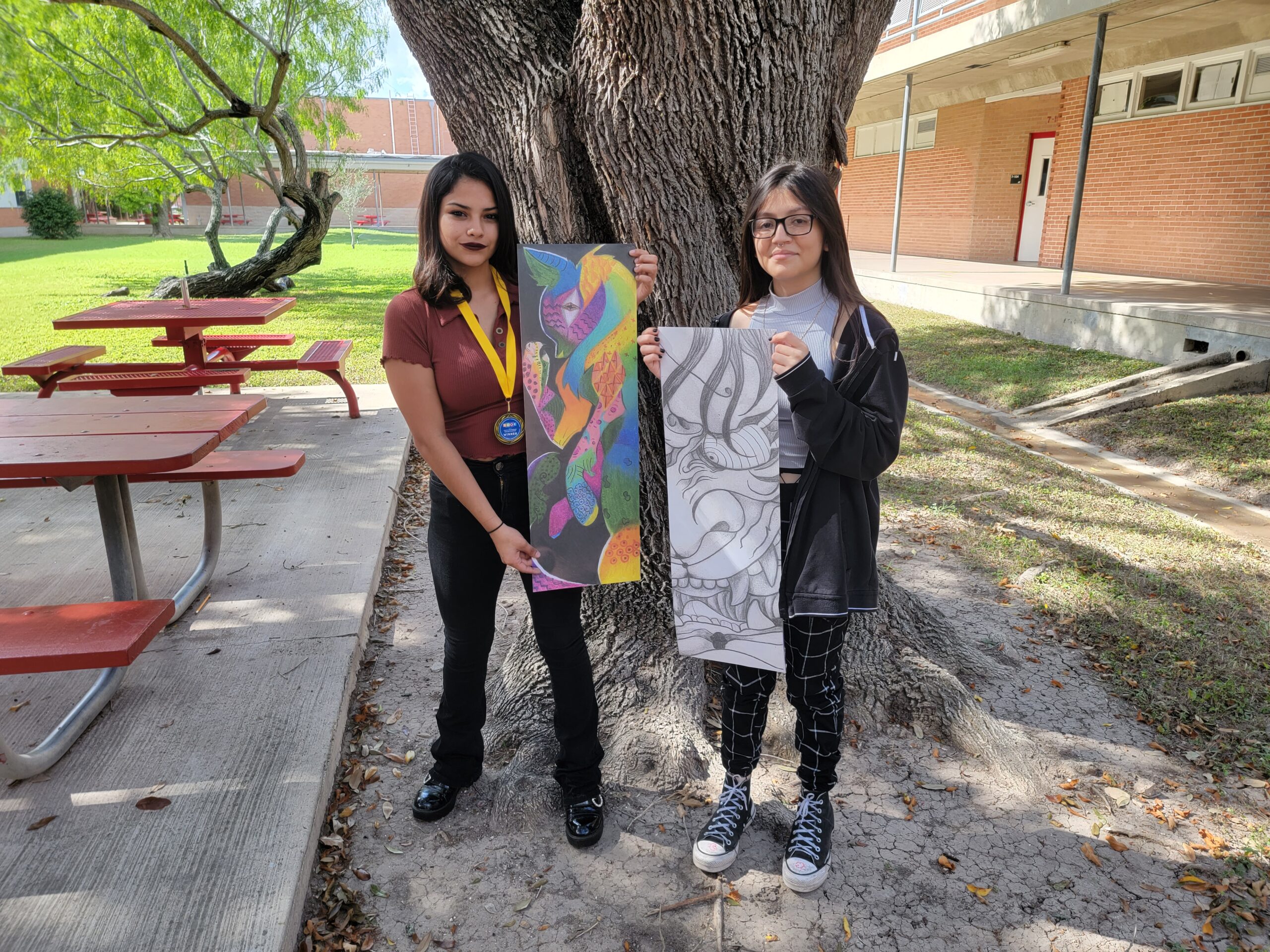 The South Texas Book Festival is an annual event hosted by the McAllen Public Library that combines literacy and entertainment in a festive atmosphere that promotes a lifelong habit of reading for pleasure.

This year’s competition theme was ‘Mythology and Folklore.’

Kimberly Nuche placed second with her design that was inspired by Mexican culture.

“I drew an ‘alebrije’ because my grandma used to make them,” Nuche said. “It’s a little fox that has hooves as paws, and I think the colors are so pretty. I wanted to mix all the colors in together and make it really colorful. I think that no matter what, you should always believe in yourself, and be proud of your artwork.”

Riley Ahumada placed third with a design inspired by Japanese mythology and folklore.

“I drew an ‘oni’ mask,” Ahumada said.  “They are pretty much masks that make you feel powerful and strong, and it makes you drawn to them a lot more. I drew it because I wanted to extend my art skills, and I thought this would be an interesting thing to do.”

The competition received more than 300 entries from school districts across the Rio Grande Valley. Nuche and Ahumada competed in the age 14-18 category. They were two in three students to be honored.

“It is great to see that there are very artistic and creative students in HCISD,” HHS art teacher Daniela Lucio said. “Seeing them compete at this level and how they achieved very high-quality artwork, was such an amazing thing to see. I was very proud of that. It is so good that the community of the Valley and Harlingen can see different artists rising.”

Several hundred copies of Nuche and Ahumada’s bookmark designs will circulate throughout the Rio Grande Valley.