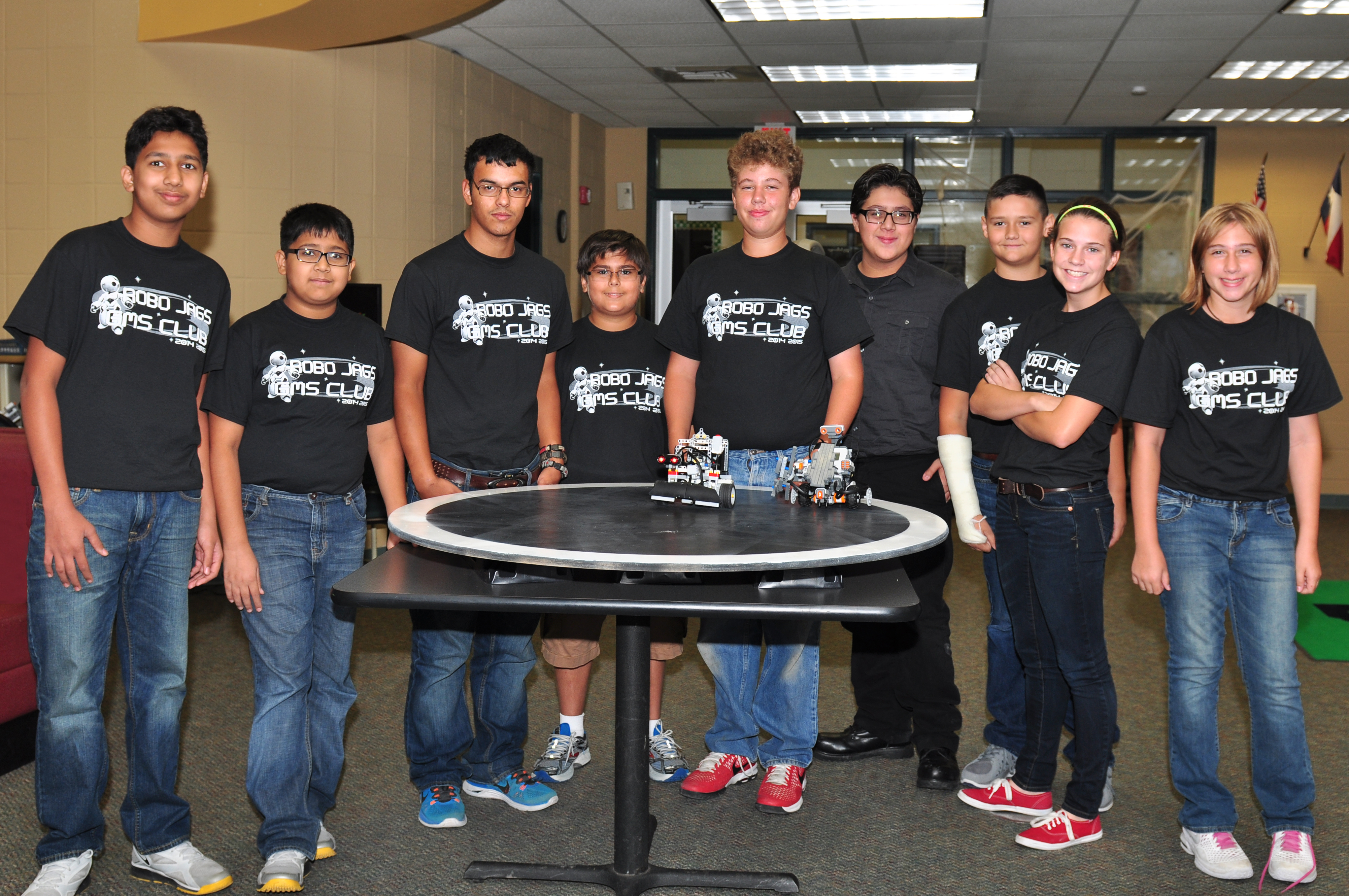 The Gutierrez Middle School Robo Jags have been working hard to get their robot, Phil, ready for battle at the upcoming Robotics Day Competition on Thursday, October 9. The competition will be held during the annual Hispanic Engineering, Science & Technology Week (HESTEC) at the University of Texas-Pan American.

The team will be competing against 60 other schools across the Rio Grande Valley of which only eight consist of middle schools. Students have built and designed their own robots using Lego EV3 Mindstorms Robots to battle in a sumo-style tournament.

With the help of team sponsors, Veronica Baca and Edmundo Lopez, the students have learned the programing software needed to control the robot.

“In Mr. Lopez’s room we downloaded the program onto several computers,” said team captain John William Yeupell. “We would be programming while our builders were still building, and when they’d finish we’d try out the program. We used this process to find the flaws and then fix them.”

In preparation for the competition, the Robo Jags have developed offensive and defensive strategies on a platform built with the exact dimensions to mimic the one that will be used during competition. Phil has also been training with an opponent built by the team specifically for practice rounds.

“Right now we’re working on a program in which our ultrasonic sensor is going to identify another object so it can push it off the platform,” said Baca. “So basically all the teams will be doing the same thing. It’s when they collide that we will know which robot has the most force, and the programing is what will allow students to determine what action the robot will take in the ring to attack the opponent’s robot.”

“It’s amazing to have the kids engaged and participating in the activity,” said Mike Reyes principal at Gutierrez. “It gives them the opportunity to have something to look forward to. We’re excited, and we’re proud that our students will representing HCISD at HESTEC.”

The students will also be competing in the TCEA (Texas Computer Education Association) that will take place in Pharr on January 24, 2015.

The robotics program at Gutierrez got its start three years ago in Lopez’s class when students had the opportunity to compete at HESTEC with flying drones. Lopez is hoping this contest becomes a project that they can participate in every year.

Click here to vote for Robo Jags as they compete for the Team Spirit Award.