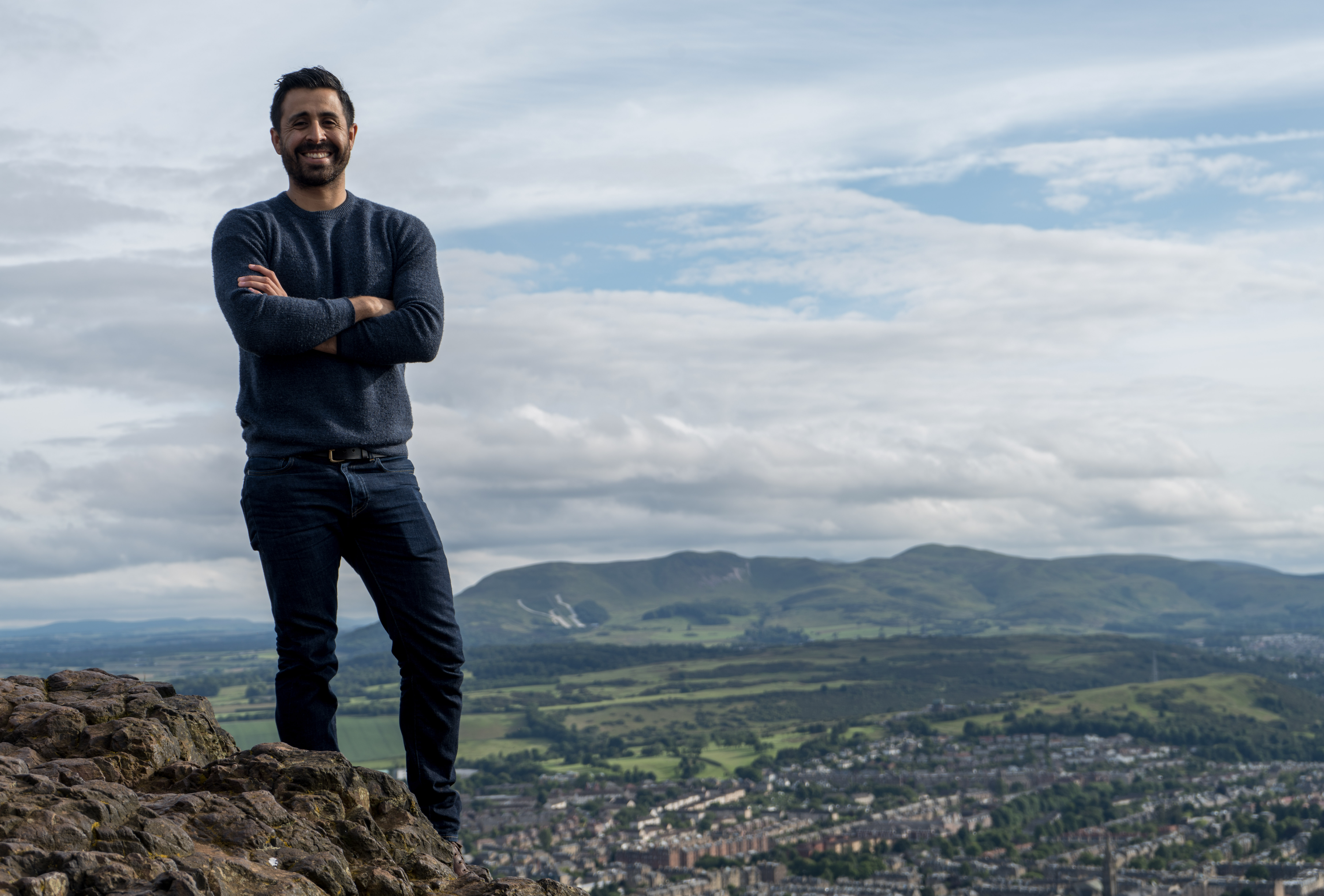 But before the 34-year-old became a world traveler, he attended Zavala Elementary School. Due to his parent’s careers, Lucio temporarily moved to El Paso but returned to Harlingen in time to graduate from Harlingen High School in 2003. He then became the first in his family to attend college.

“Both of my parents would go to college later in life, but at the time it was a big deal for my family because I was the oldest of my five brothers and the first to do so,” Lucio said.

While completing his undergrad in Brownsville, Lucio worked with other students, professors, and administration to prevent the border wall from being built through a portion of what’s now known as the University of Texas Rio Grande Valley. Halting its construction was Lucio’s first taste of advocacy’s power to influence change.

After graduating with a bachelor’s degree in psychology from UTB, Lucio decided to enter into the computer science graduate program at Texas A&M Corpus Christi. It was there where he realized that community advocacy was really what fulfilled him professionally, rather than computer science.

Former Austin City Manager Toby Futrell, Lucio’s mentor at Texas A&M Corpus Christi, encouraged the Harlingen native to get involved on a local scale. During his time as a graduate student, Lucio worked on city projects including the community, environmental, neighborhood and economic development issues.  One of his proudest accomplishments is being a part of the committee that initiated a recycling program in Corpus Christi.

“That is what really gave me a feel for community organizing and community advocacy, and that was something that I carried with me into the rest of my career,” Lucio said.

Instead of computer science, Lucio ultimately graduated with his master’s in public administration. Lucio stayed in the community organizing field until 2015 when he embarked on a new opportunity as a fellow with Google Fiber.

Lucio works on creating partnerships with public housing authorities to connect residents to free internet access. Lucio recalled drawing inspiration from his home, which led him to the work he does today.

“Issues that would affect the Valley’s community such as colonias, infrastructure issues, social service issues, educational challenges, were the types of issues that I’d try to stick my teeth into,” Lucio said.

He believes international travel helps build empathy, an attribute of a well-rounded individual. Lucio credits HCISD teachers, such as Ms. Boggs, Mr. Gerleman, Mr. Hill, Col. Kellum, and his uncle Coach Bobby Lucio for pushing him to become a better human being and contribute to society.

Reflecting on his journey so far, Lucio encourages students to keep an open mind upon graduating from high school.

“Don’t think that whatever you choose to study in college is going to be the thing that you end up doing,” Lucio said.