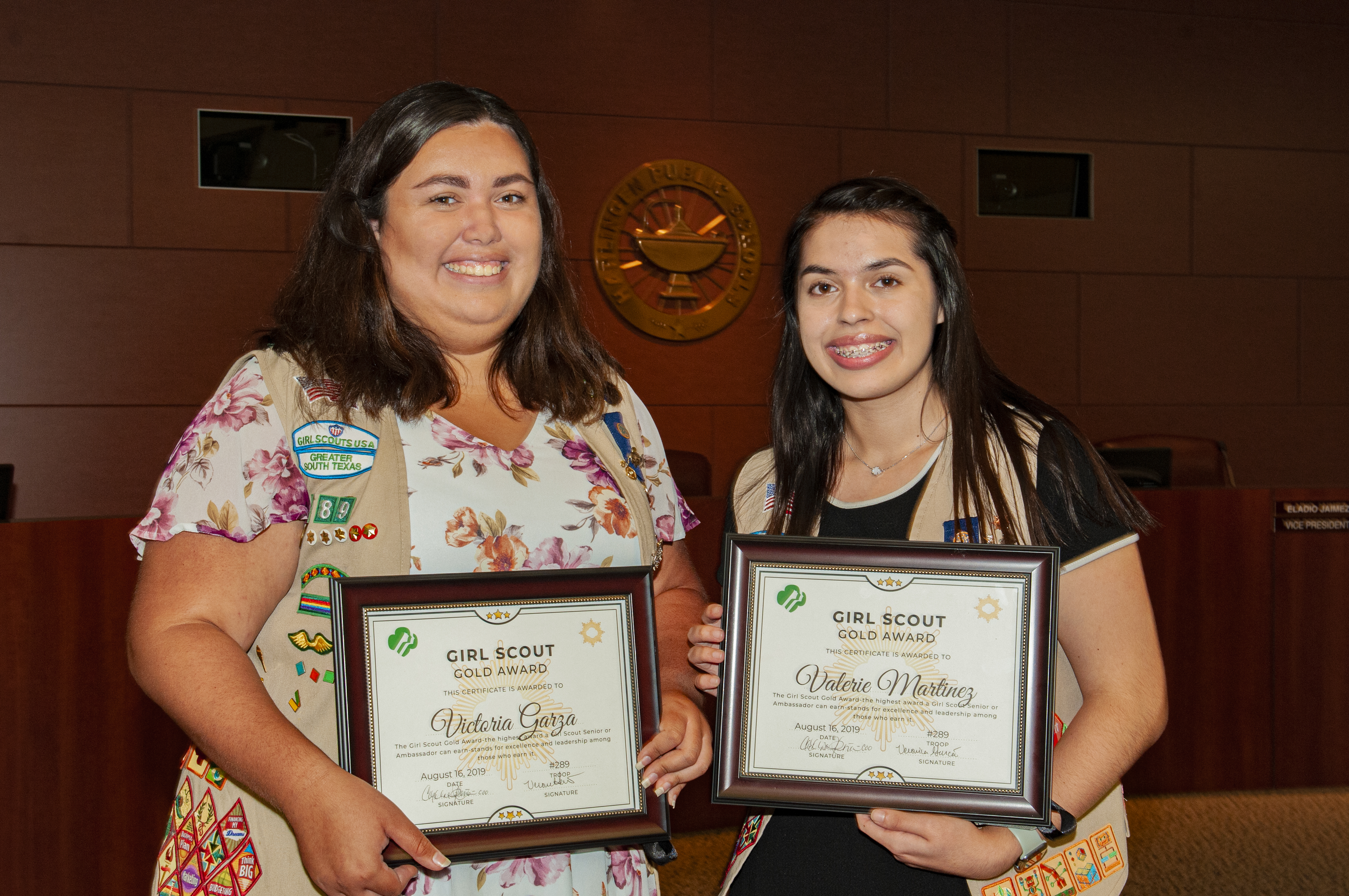 Through planning, teamwork and leadership, Martinez and Garza built successful and sustainable community projects this summer.

In August, Martinez engaged students in the creative arts by donating a puppet theater she built to the Boys and Girls Club of Harlingen. She also motivated Boys and Girls Club students to bring their written stories to life by acting out scripts they authored. This was all part of Martinez’s plan to instill an appreciation for imagination and literacy among some of the community’s youngest learners.

A month prior, Garza, now a freshman at Texas A&M University Corpus Christi, increased financial awareness among students at her high school by hosting the inaugural Texas Teen Financial Expo. Garza invited Harlingen CISD Superintendent Dr. Art Cavazos, bankers and financial experts to educate students about the importance of keeping finances in check early on in life. Students, many of them aiming to attend college in the near future, participated in games and listened to advice from speakers about income tax, loans and monthly budgeting.

“I learned a lot of leadership skills,” Garza said of the experience that was four months in the making. “Just go with your heart.”

Because of the impact their projects had on the lives of children, Martinez and Garza received recognition that hadn’t been achieved in 13 years – the prestigious Gold Award.

Established in 1916, the Gold Award is presented to Girl Scouts who have reached the highest rank and have completed more than 80 hours of work toward community projects like those of Martinez and Garza’s student-centered events.

Only about 6 percent of Girl Scout members nationwide earn the Gold Award.

“It is a very prestigious award because it does take a lot of time, energy, planning and logistics to obtain, so my hat goes off to them because I don’t think I couldn’t have pulled that off,” Caroline Peña, the COO of the Girl Scouts of Greater South Texas, said at the ceremony.

Before enjoying a celebratory dinner and cake, Martinez and Garza agreed that the experience was as rewarding for them as it was for the kids they reached through their projects.

“Being a Girl Scout is not all about cookies and camping,” Garza quipped before posing for photos with Martinez.

Martinez and Garza, both part of Girl Scout Troop 289 in Harlingen, will be recognized by the Harlingen CISD Board of Trustees in the near future.