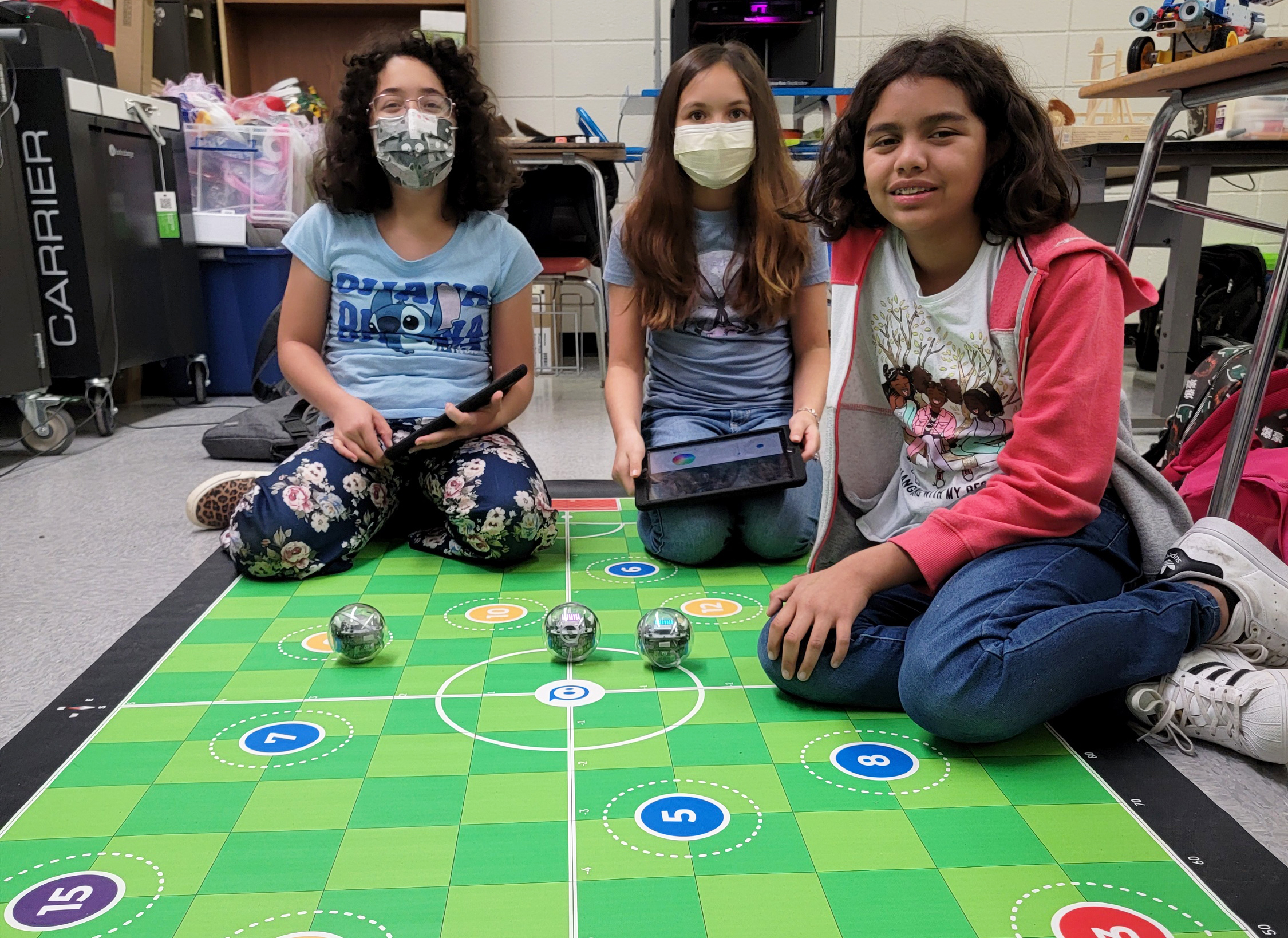 The ACE after school program is offering a class called Girls in STEM. Through a variety of activities and lessons provided through this class, middle school girls have an opportunity to explore coding, robotics, engineering design, and many other STEM concepts.

At Vernon Middle School World Language Academy, the Girls in STEM class is led by Oscar Araujo who is a paraprofessional at Bowie Elementary.

“Currently they finished building robotic models, so we’ve got a robotic arm and a robotic smart car, “Araujo said. “We also worked on the engineering model with the da Vinci projects. They practiced both engineering and math by building a model of inventions”

The Girls in STEM class at Vernon has also worked on a language-themed project.

“Since their school deals with languages, students are working on making braille,” Araujo said. “They are making these blocks that have both the letter that it represents and the braille on top. They are using the 3D printer to make those.”

By working on a variety of projects, the girls are being exposed to many kinds of new technology.

“It is a lot of technology that they are using,” Vernon ACE coordinator Ashley Mendiondo said. “They’re becoming really familiar with all the science and different aspects of it. It’s really amazing how far they have come in just a couple of months. They are just excelling in every project that we give to them.”

Sixth-grader Jezabella Martinez decided to join Girls in STEM because she thought it would be fun.

“STEM is about all sorts of science,” Martinez said. “It’s a little bit of technology and a little bit of robotics mixed with a little bit of everything else,”. “I joined because I thought it was going to be really cool, and yeah so far it’s been fun.”

Belen Gonzalez, a sixth-grader, decided to join because she was looking for an extracurricular activity to take part in.

“My mom says that to get into a good college you need to do extracurriculars,” Gonzalez said. “I decided that this class would be the best thing for me to do, and it’s really fun. I like science because there’s so many neat things about it, and there is always something new to discover. In STEM, sometimes girls step down and let the boys take over, but I think girls should start taking more charge.”

Madison Mireles was interested in joining the class because she enjoys hands-on activities.

With future dreams of becoming an artist, sixth-grader Olivia Carder enjoys the Girls in STEM class, especially when they get to use the 3D printer.

“I have learned how to make robots, how to make 3D objects, and how to build stuff like the da Vinci projects,” Carder said. “My favorite part is probably the 3D printing. You can make objects and then you can print them out and they are 3D. Through this class, you can experience different things that other people, like adults, do. They build robots, they invent things, or they make 3D objects that they put in museums.”

The Girls in STEM class at Vernon will be starting on a new project soon which involves learning the ins and out of a computer by taking it apart and putting it back together.

“The message we are trying to send is that they can become a scientist, an engineer, a technician, or a mathematician,” Araujo said. “I hope that other schools also help to encourage girls to be in STEM so we can have more brilliant girls in our science and technology fields shaping the future.”