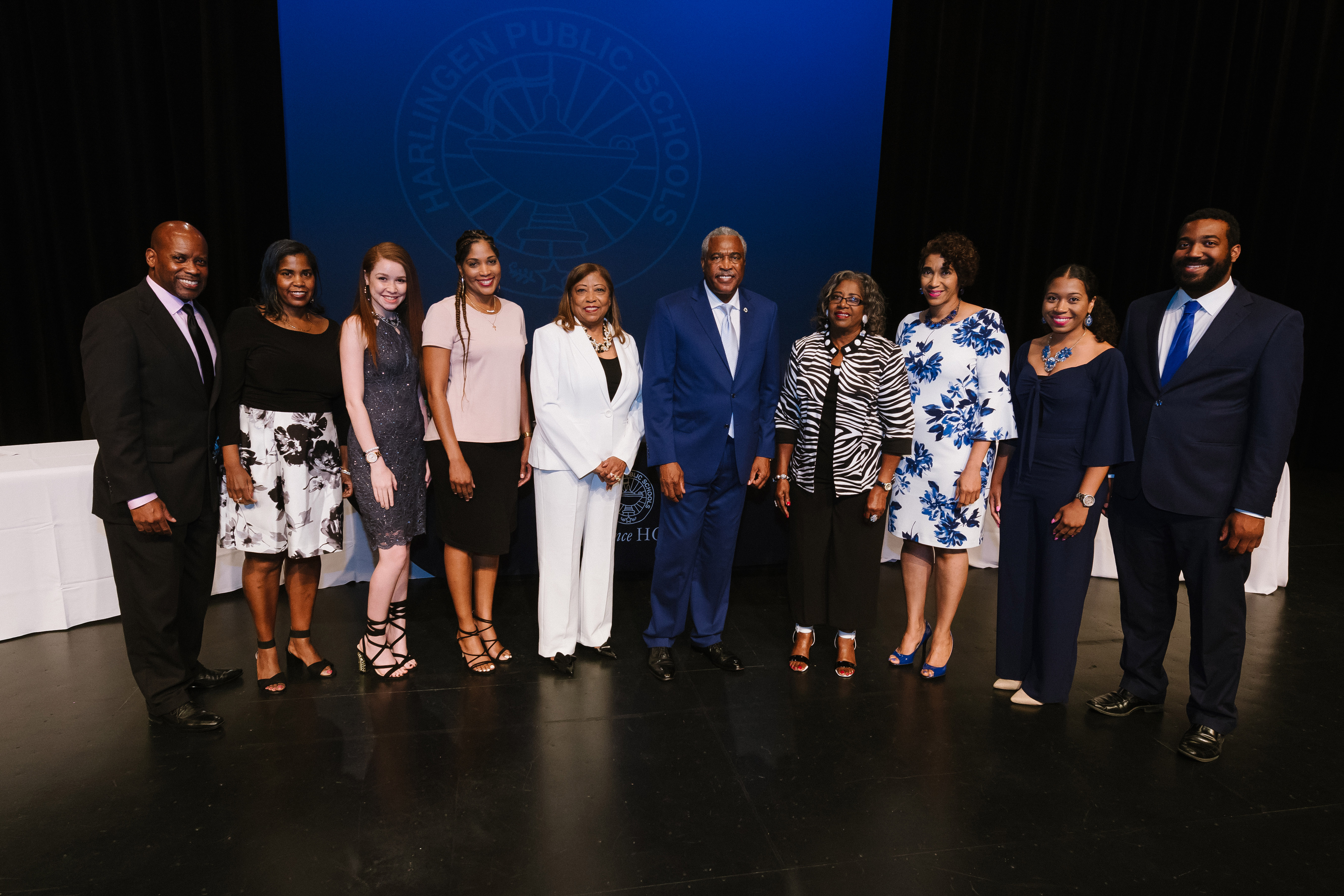 George McShan’s decision in 1988 to run for the HCISD Board of Trustees has impacted public education locally and throughout the state and nation for three decades.

Growing up in the 1960’s on his family’s farm in East Texas, where his father drove the local school bus, McShan attended racially segregated schools. There, he developed a lifelong dedication to making education safe, open, and fair to all. As a father of three children, serving as PTA President for Bonham Elementary, McShan’s dream was for all children, regardless of economic or social standing, gender, or ethnicity, to have equal opportunity and the fullest support possible to achieve their highest potential.

As he retires in May 2018 from three decades of service, his laser focus on that goal continues to affect the lives of thousands of students.

McShan’s career has taken him from selling encyclopedias door to door to support his family, to teaching biology to high school students in Brownsville, to working at Texas State Technical Institute (now Texas State Technical College) for 32 years, to holding the title Dean of Students for the last 20 years before retiring.

Throughout the years, he has inspired children in the Harlingen community in many ways, including coaching Little League baseball when his children were young, to serving on the Boys and Girls Club for many years, educating and helping all along his path. When he joined the HCISD School Board, it is safe to say he already was a respected figure in the community and a beloved mentor to many of his young friends.

McShan’s leadership style of building consensus and collaboration with dignity has served the district well. His long tenure lends him the title “Dean” of the HCISD Board, where he has earned the goodwill and lasting appreciation and respect of his colleagues. His memory is legendary, making him also the district’s “Resident Historian.” But perhaps it is his openness to innovation and dedication to choice which has defined his long tenure on the Board.

In his 30 years as a member, seven times president, George has participated in decisions bringing about transformational change at HCISD. He campaigned vigorously for bond issues that would allow for constructing new academic campuses, including the High School for Health Professions. His efforts also helped create five Dual Language programs on elementary campuses, the building of a Performing Arts Center, an Aquatic Center, and multiple – at last count, 46 – innovative Career and Technology Academies such as Media Arts and Communications. The recently passed Tax Ratification Election allows, in perpetuity, for annual upgrades to renovate all campuses. Due to its innovative spirit, in recent years HCISD has become an official “District of Choice” as well as a state-designated District of Innovation.

He has earned many accolades during his time on the board. In 1998-1999, McShan, a TASB Master Trustee, was elected President of the Texas School Boards Association making him the first African American to hold that position in TASB’s history. In 2004, he was elected President of the National School Boards Association, only the second Texan and first African American to serve in that capacity. He became a school board and superintendent trainer, sharing what he has learned throughout the decades with other school boards. He has also worked in the superintendent selection process for various districts throughout the United States. During McShan’s tenure on the Board, in 1993, HCISD was designated as the TASB Best Board in Texas, and for the past three years in a row, the Board has won the prestigious H-E-B Finalist Award of Excellence in Education.

HCISD and the Harlingen community celebrated McShan’s legacy at the regular May board meeting. Click here for photos of the event.