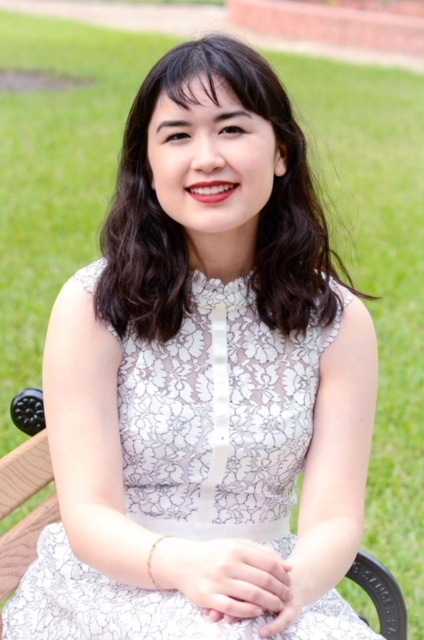 Harlingen High School South valedictorian Erika Hernandez was named the state champion in the UIL Barbara Jordan Essay Contest. Her paper, which profiled retiring HCISD Board President George McShan, will now be archived in the LBJ Library at The University of Texas at Austin.

On Friday, May 4, she traveled to Austin for her third consecutive appearance in the contest. Only 24 high school students are selected each year as state finalists. The Barbara Jordan essay theme for this year is “African Americans in Texas: Past and Present.”

“I chose Mr. McShan because I heard him speak at a board meeting, and I thought he was inspiring,” Hernandez said. “I liked his motto, ‘Every student can succeed.’”

Retired Harlingen South teacher Debbie Vaughn has worked with Hernandez on previous essays. “The thing that impresses me most about Erika is her initiative,” Vaughn said. “These UIL essays are not class assignments; she sets time aside from her rigorous studies to conduct interviews, research, and write.”

The hard work Hernandez has put in not only helped her research skills but also led to a larger epiphany. “I realized how one person could have an impact on a large group of people’s lives,” Hernandez said.

In 2016, Hernandez placed fifth in the Barbara Jordan Historical Essay event, and she advanced in 2017 for her Latino History Essay entry.