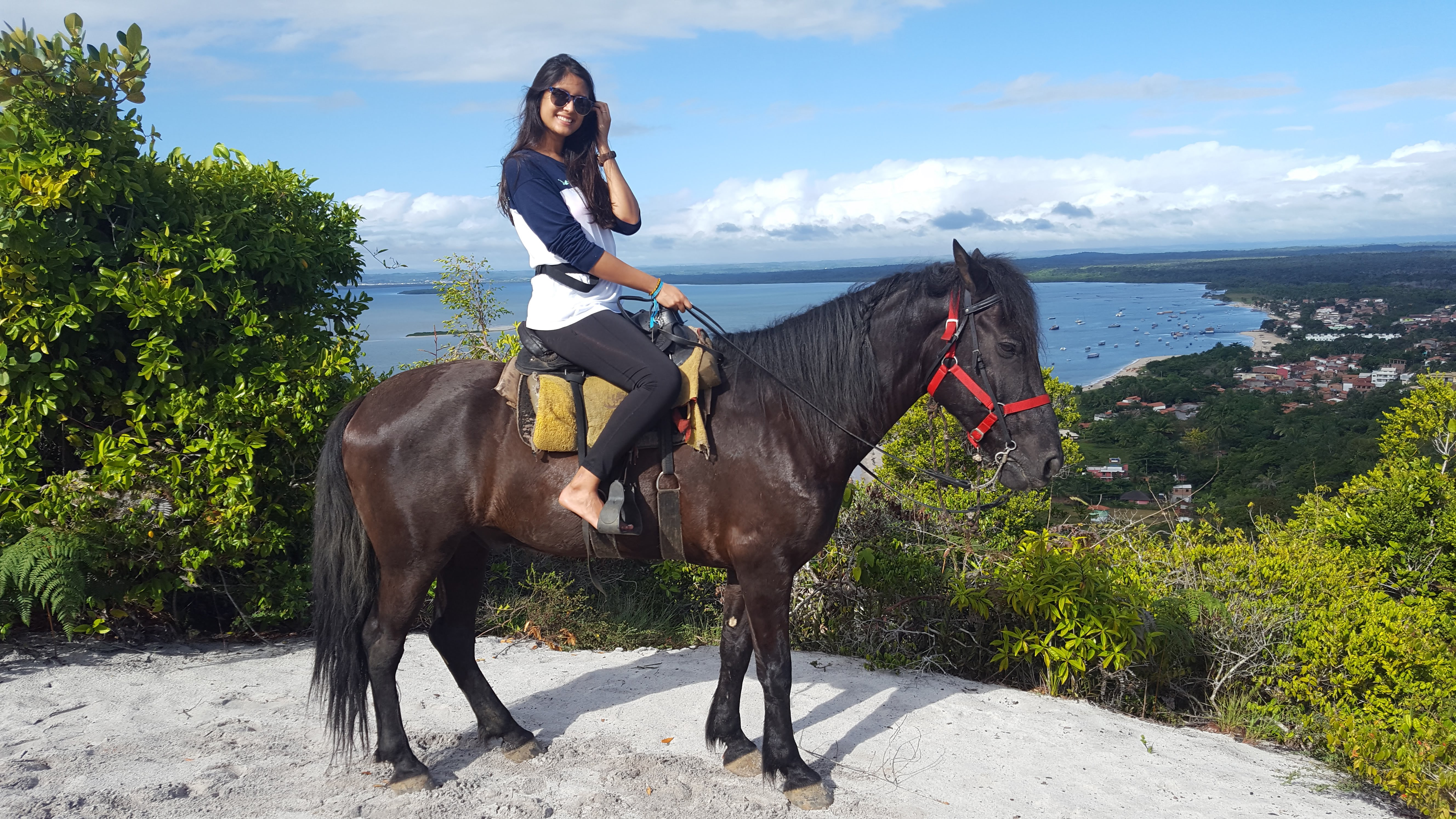 When Elia Law graduated from Harlingen Early College High School in 2016, she set her sights on exploring boundless opportunities across the globe through a study abroad program.

The 21-year-old graduated from the University of Texas at Austin this May with a Bachelor of Business Administration degree. Focusing her sights on a career in international business, she decided to undertake semesters abroad and has traveled to Italy, Brazil, Spain, Russia, France, Portugal and Greece.

“I want to be able to make my family proud and provide an example for future generations,” Law said while on Spring Break vacation in France, where she traveled to for a week before returning to the university’s McCombs School of Business.

Law’s voice beamed with happiness as spoke about her wanderlust. At the age of 16, Law was the first Early College High School student to participate in a study abroad program. She spent part of the school year overseas as an exchange student in Sardinia, Italy, where she was housed with a host family.

“I lived my life as if I was on my own,” Law said. “I had my family, and it was really, really nice. I didn’t know any of the languages, but by being immersed, I picked up on it.”

Law still keeps in touch with the family she met while she was in high school.

“It was such a huge ordeal because not a lot of people would do it,” Law said. “It’s opened a lot of opportunities for me.”

Her international experience in Italy set in motion her desire to learn other languages. She was accepted into a Portuguese language program in Brazil, where she lived from May 2017 until July of that year. Law found herself quickly adapting to Brazilian culture, which she said shares similarities with part of her Mexican culture.

Law then moved to St. Petersburg, Russia for the fall 2018 semester, where she interned at a local museum while completing college courses.

“In Russia, people aren’t exactly as warm and friendly as in Brazil or Italy, so it definitely was something I needed to experience,” Law said. “It opens your eyes to other people out there, and you need to be able to work with that.”

Though a different experience than she had in Italy and Brazil, Law remains grateful for the experience and real-world knowledge she attained in Russia.

“It’s beneficial knowing that you aren’t always going to get along with people, or sometimes the way they act aren’t what you’re used to. You need to learn how to work with them,” Law said. “It’s a really good lesson.”

While not studying, Law took occasional breaks to enjoy the scenery around her in the countries she visited. One of her favorite moments in nature was in Russia, where she saw the Northern Lights, a memory she appreciated due to the magnitude of its beauty.

“It was amazing seeing it in person, and while I saw it I was standing around snow,” she said. “It was a beautiful night, and you could hear the river nearby.”

Law spent Spring 2019 back in Austin and despite her travels, she finds time to visit home. In Harlingen, she spends her free time with family and her former educators, including her English teacher Mrs. Dena Poppe.

“I really did appreciate the things that she would talk to me about, and even today she gives me advice here and there that’s really resonated with me,” Law said.

Law plans on using the skills she’s learned through her study abroad programs for a career in client services and marketing.

“I just love it,” Law said of her intended career path. “I love interacting with people, so client services are something I’m looking into, and right now the industries I’m really focusing in on are food, beverage, and consumer products.”

Upon graduating this year, Law will be the third from her immediate family to graduate from the University of Texas at Austin. Her two siblings and her father graduated from the same university.

“I firmly believe that my experience as an exchange student in high school was one of the first reasons I was able to get into UT,” Law said.

She currently resides in Lisbon, Portugal where she is attending a language school and learning Portuguese.