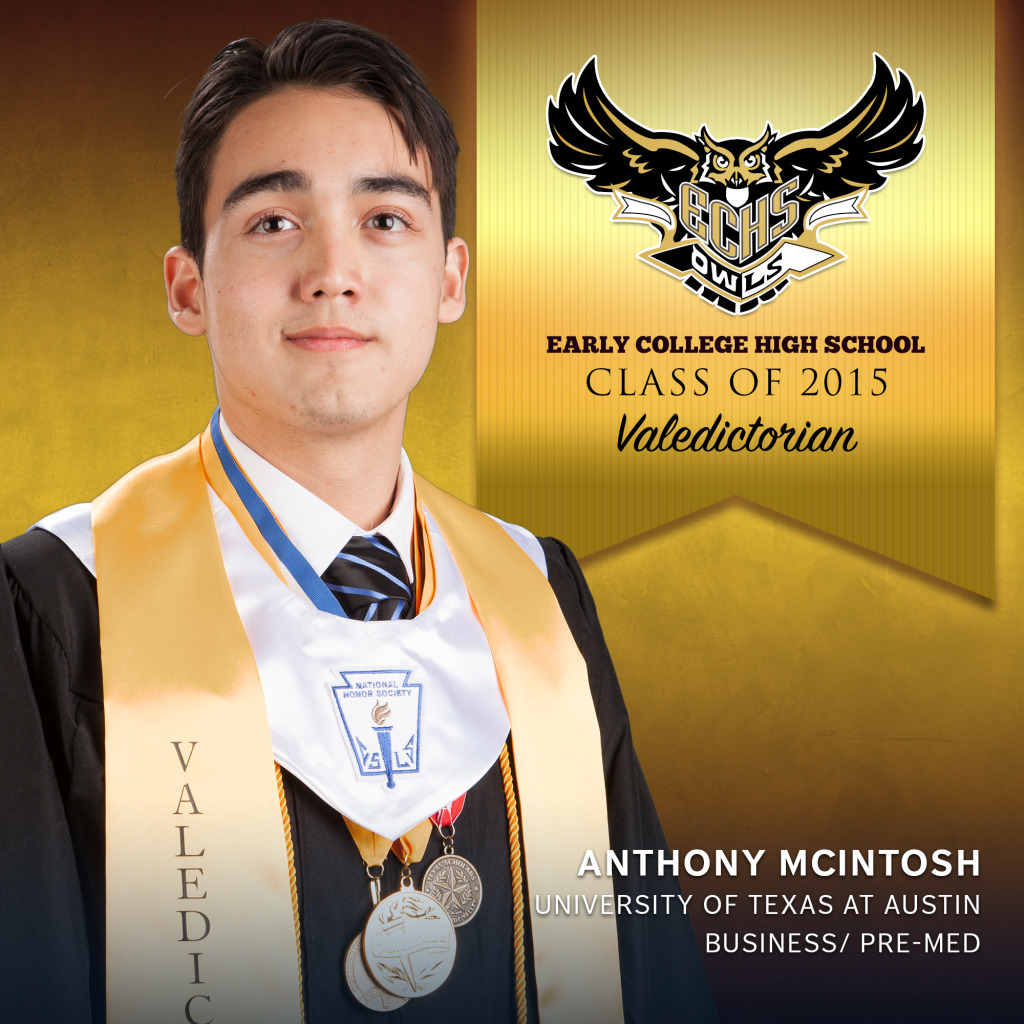 What is your career goal?
I’m going to McCombs school of Business at UT Austin, but I also plan on doing Pre-med. My ultimate goal is to be physician.

Describe a school experience that either demonstrates your character or helped to shape it.
Projects that involved working with other people taught me that success isn’t just going to just be based on what I do. It’s going to involve my ability to work with other towards an end goal. I think that the ability to work with others is an important skill to have. Learning to be a good communicator is a valuable character trait to have.

What types of community service have you participated in? What did you learn from that experience? How has it benefited you as a person and/or shaped your future.
The community service that I’m most proud of is my eagle project that I did in the Boy Scouts. I created a retaining wall at Estero Llano Grande State Park in Weslaco, Texas. One of their bird viewing areas was eroded and a lot of the patrons voiced concern that it was dangerous because there’s an alligator lake right below it. I built a retaining wall with a railing and they were able to backfill it. Now it’s a little viewing area and it’s level. There’s no longer any fear of anyone falling down into the alligator lake. I definitely learned that if I want anything to be done, I have to put in the initiative and the work for it.

Were you always a high achieving student academically? Explain. If not what was the defining moment that changed that? What has been your motivation?
From age of 7 to 14 I was homeschooled. I think the desire to learn motives me. I think if someone really wants to learn, academic achievement is the consequence of that.