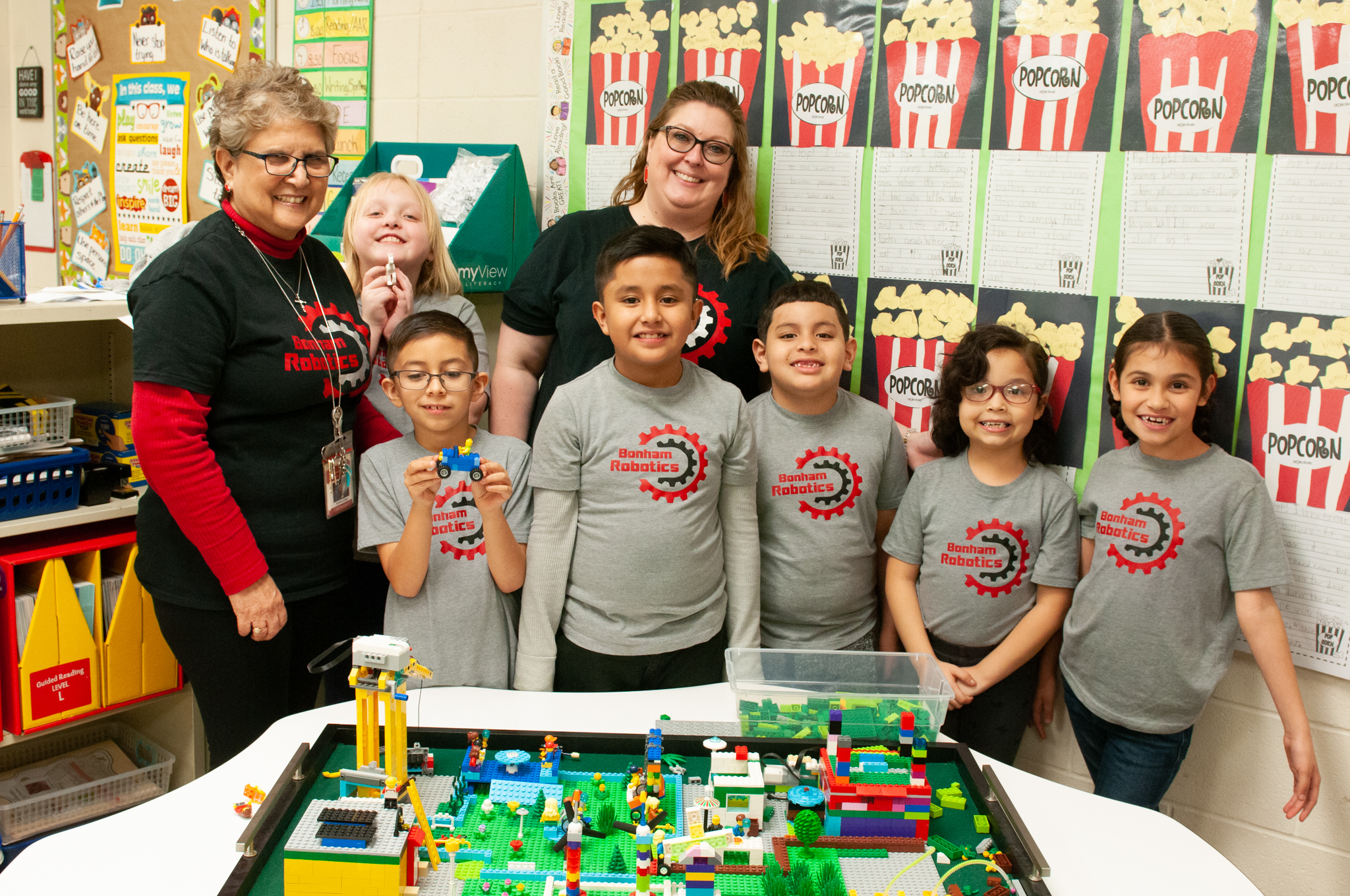 The second and third graders in the Bonham Elementary School robotics team are advancing to the World Championship in Houston this April.

Due to their performance, the team received the “golden ticket” to advance to the world championship.

“Literally, I hate to say this, but I don’t like to lose,” said Kaia, a second-grader, while laughing. “I am excited!”

Kaia and her friends in the robotics team laughed together this week as they recalled dancing after their teachers told them they would be going to Houston to attend the robotics World Championship.

“I haven’t gone (to Houston) before,” Kaia said, mentioning she is looking forward to the trip and seeing the city and meeting fellow students from all over the world. “My favorite thing is we get to build and make friends!”

Kaia, 7, realizes being part of the robotics team means working well with others.

“When I first started, I didn’t know them (teammates),” she said. “I think working with them is great, and it’s fun.” 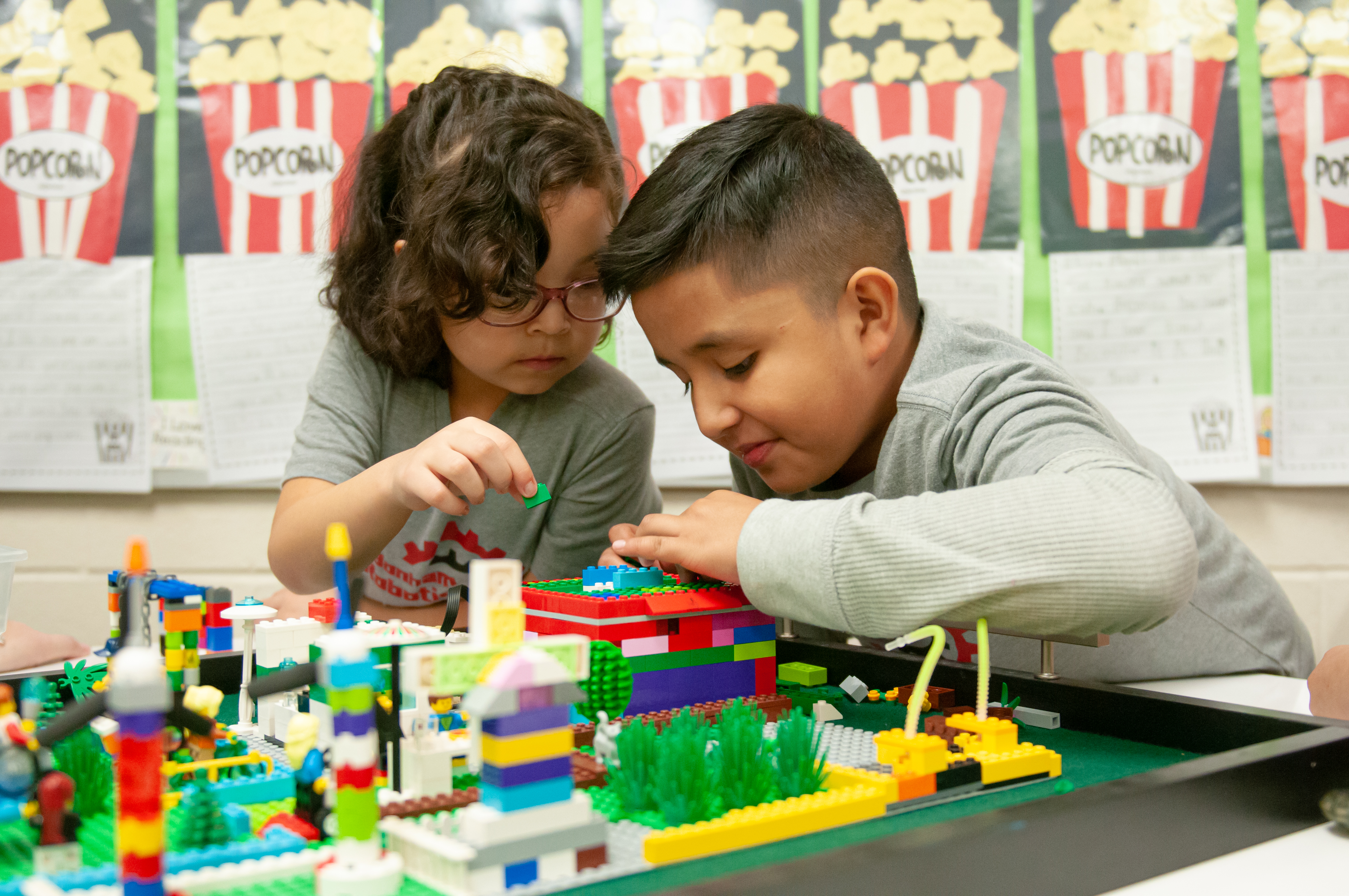 The team received the golden ticket for their performance at a competition held in December. The team wasn’t sure if they had advanced until this month.

“I couldn’t believe it,” exclaimed Kaia.

Kaia, along with her teammates, worked on their project Thursday afternoon inside Mrs. Prechel’s classroom.

“The kids were judged on their project,” Mrs. Prechel recalled. “We found out we were advancing!”

Their structure includes Legos and coding aspects as well. The teachers guide the students using the WeDo 2.0 application on iPad, which allows for coding.

Their project design mirrors that of an innovative city and includes a building to house offices, a hotel, as well as a green space and garden. The apartments and restaurants are also designed by the students.

Emma Prechel was particularly proud of the inclusive park she designed, which included a swing for children with disabilities.

From solar panels to an electric car station in their design, the Bonham Builders Team No. 9037 thought of it all.

“It’s environmentally friendly,” said Izabella before placing a lego on top of the building they designed.

The World Championship Expo brings in students from all over the world to compete and perform robotics activities.

“Just the experience the kids are going to have is just unbelievable because from there, they’re going to be able to branch out even more,” Mrs. Cruz said. 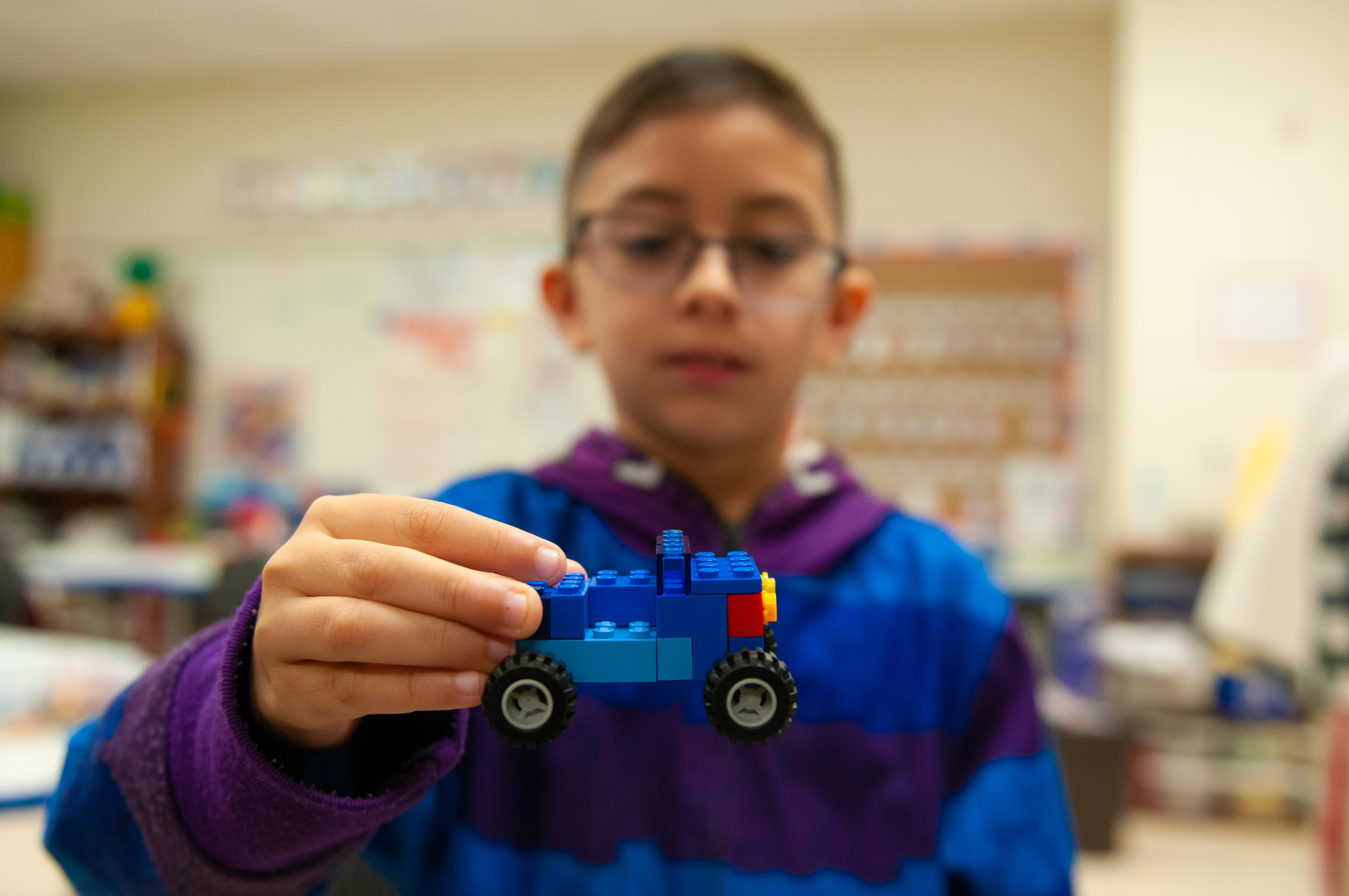