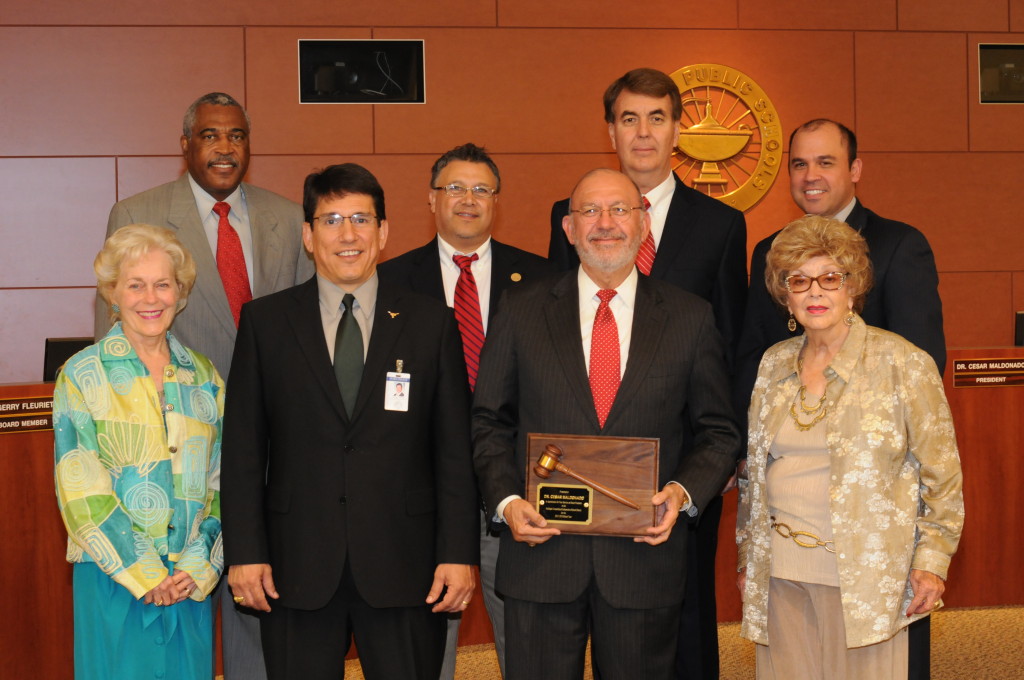 The Harlingen Consolidated Independent School District Board of Trustees restructured its board during Thursday night’s special meeting.

The board appointed George McShan as board president, Javier De Leon as vice president and Greg Powers to the position of secretary for the 2013- 2014 school year.

McShan has served on the board since 1988, and is the longest serving member of the HCISD Board of Trustees. Throughout his time as a board member, he has received multiple awards honoring his contributions to the community. He is certified as a Master School Board Trustee by Texas Association of School Boards (TASB), and holds a Lifetime PTA membership for Texas. He also served as the National School Boards Association President for the 2004 – 2005 school year, and the TASB President from 1998 – 1999.

McShan replaces Dr. Cesar Maldonado, who served the district as board president since May 2012. Dr. Maldonado serves Texas State Technical College in Harlingen as president. He also holds the title of Vice Chancellor of Institutional Research for the TSTC system. He has been a member of the board since 2003.

“We have a strong tradition of excellence in our Board of Trustee members, and our board continues to exemplify and surpass our high standards,” said Superintendent Dr. Steve Flores. “Their passion for students is evident as they continually adhere to the philosophy of “children first” in every decision they make. HCISD is fortunate to have a highly functional and engaged school board for the past year.”

Two members of the District Board of Trustees were also sworn into office to serve another term.

To see photos from the special meeting click here.