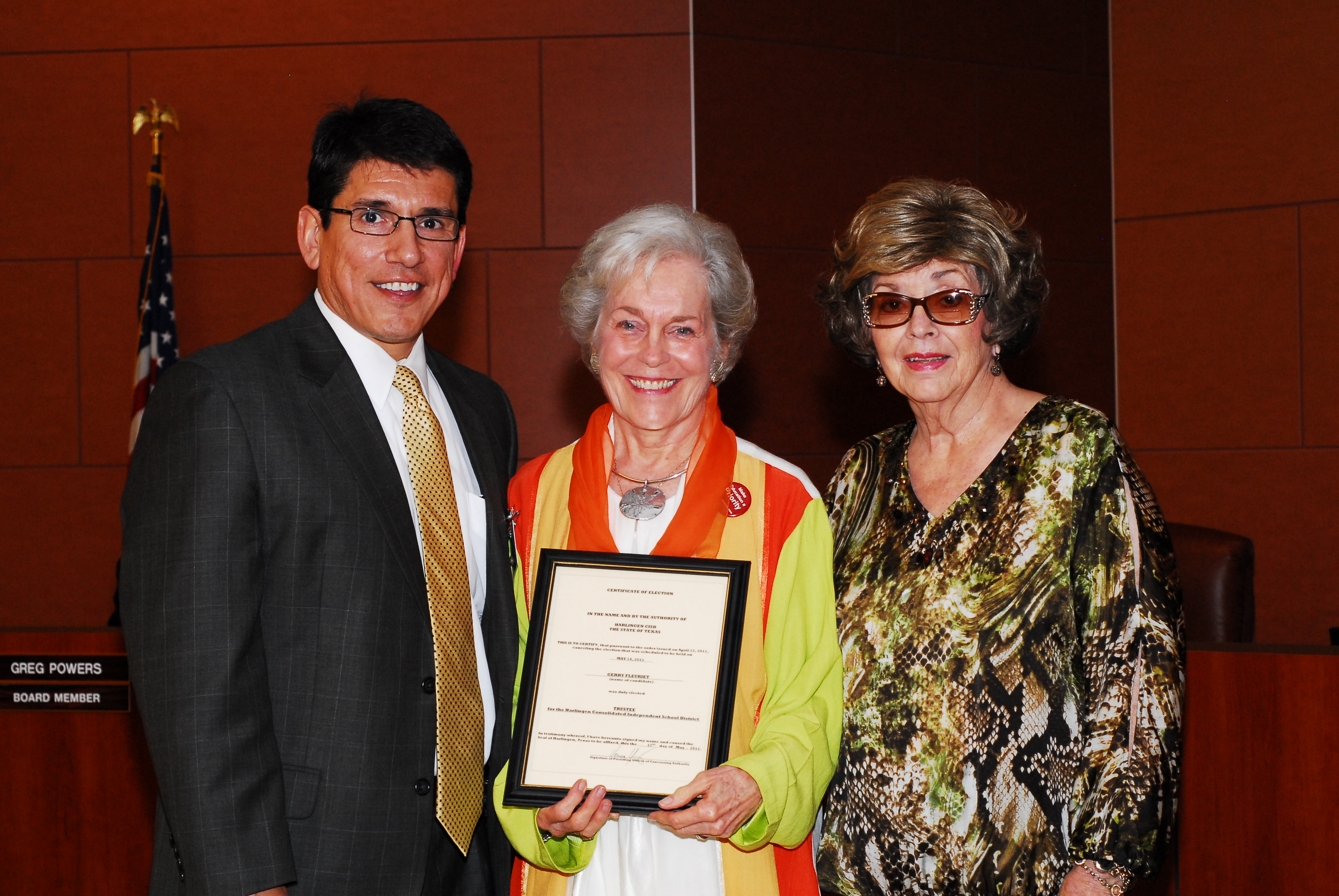 Three members of the Harlingen Consolidated Independent School District Board of Trustees were sworn into office to serve another term Tuesday afternoon during a special meeting.

Dr. Nolan Perez, Javier De Leon and Gerry Fleuriet all retained their positions as trustees for the 2011-2012 school year. De Leon and Fleuriet will serve three-year terms, while Dr. Perez will serve a one-year term to fill out the seat vacated by Omar Cano in the fall of 2010

“A school district is only as strong as its board, and this board has been outstanding,” Superintendent Dr. Steve Flores said. “Time and time again, all of our trustees have made tough decisions over the past year, but they have always kept students first. I am confident that the three trustees who have retained their positions will continue to provide this district great leadership as we continue on our course to becoming the best district in the Rio Grande Valley, the state of Texas and the nation.”

The board also restructured Tuesday afternoon, appointing Fleuriet as president, Dr. Cesar Maldonado as vice president and George McShan to the position of secretary.

Fleuriet replaces Verna Young, who served the district as board president since May 2010.

“Verna has always carried this board and this district with a high degree of grace,” Fleuriet said. “She has kept us on track, and this board truly appreciates her personal background and her character in making decisions that puts our students first.”

Fleuriet has served on the board since August 1996, the second longest serving member after McShan. She served the district as board vice president since May 2010.