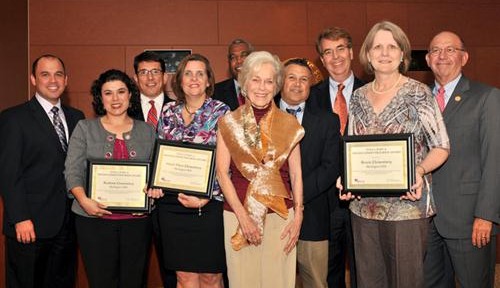 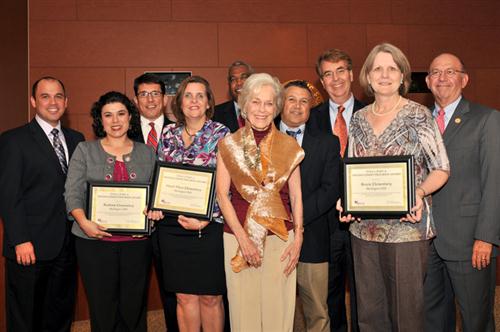 As part of the Harlingen Consolidated Independent School District’s transformation, the Board of Trustees heard presentations Tuesday night on the district’s plan for opening a Two-Way Dual Language Academy and how classrooms can incorporate KHAN Academy.
Teach for America Fellow and Donna Independent School District teacher Michael Besser presented on KHAN Academy, an online program that offers over 3,000 free instructional videos covering curriculum ranging from history to finance.

With KHAN Academy, students utilize an open source online learning library that features lesson plans, Besser said. The program allows students to learn at their own pace, mater the subject one lesson at a time. The site can be used for regular classroom instruction or for tutoring.

“As a digital native and a leader in education, Mr. Besser presented our district with a valuable program for 21st century education,” Superintendent Dr. Steve Flores said. “As we move forward in molding our classrooms to maximize the problem solving, information gathering and communication skills necessary for competing in a globalized marketplace, KHAN Academy is sure to play a vital role.”

Board members were excited to hear about the new and engaging program, board president Gerry Fleuriet said.

“We were on the edges of our seats during the presentation,” Fleuriet said. “KHAN Academy is a unique program because it offers our children an engaging format for learning even the most challenging concepts.”

As part of the evening’s theme in presenting components of a 21st century classroom, Diana Rosales, director for special programs, presented on the district’s Two-Way Dual Language Academy, set to launch next fall at Lee Means and Ben Milam elementary schools.

Rosales, assisted by Lee Means and Ben Milam principals Elizabeth Maldonado and Rosalinda Cobarrubias, spoke about the ambitions behind the Dual Language Academy.

The Dual Language Academy will create bilingual and b-literate students, Rosales said. Students who are English Language Learners (ELLs) and non-ELLs will learn both Spanish and English together through the program.

“As the demographics change within our state and nation, our students are in a strategic place and point in time to be trailblazers at universities and in the labor force across this country,” Flores said. “Students who master two languages will also be more adept at moving to a third or fourth language, as we work to create students who can compete with their peers across the globe.”

Through the Dual Language Academy, HCISD hopes to eventually add a third language once the students master English and Spanish, Flores said.

HCISD will begin phasing in its Two-Way Dual Language Academy with pre-K and kindergarten classes next fall. The program aims to include 42 total students next year, with a five year implementation program to grow to 668 students in grades pre-K to fifth grade by 2017.

“The research is so strong in supporting the teaching of foreign languages at an early age,” Fleuriet said. “Students who learn a second language earlier in life are more likely to be master the language quicker, which will impact their capacity to learn even more languages. We are very proud to provide this exciting opportunity for community and our children.”