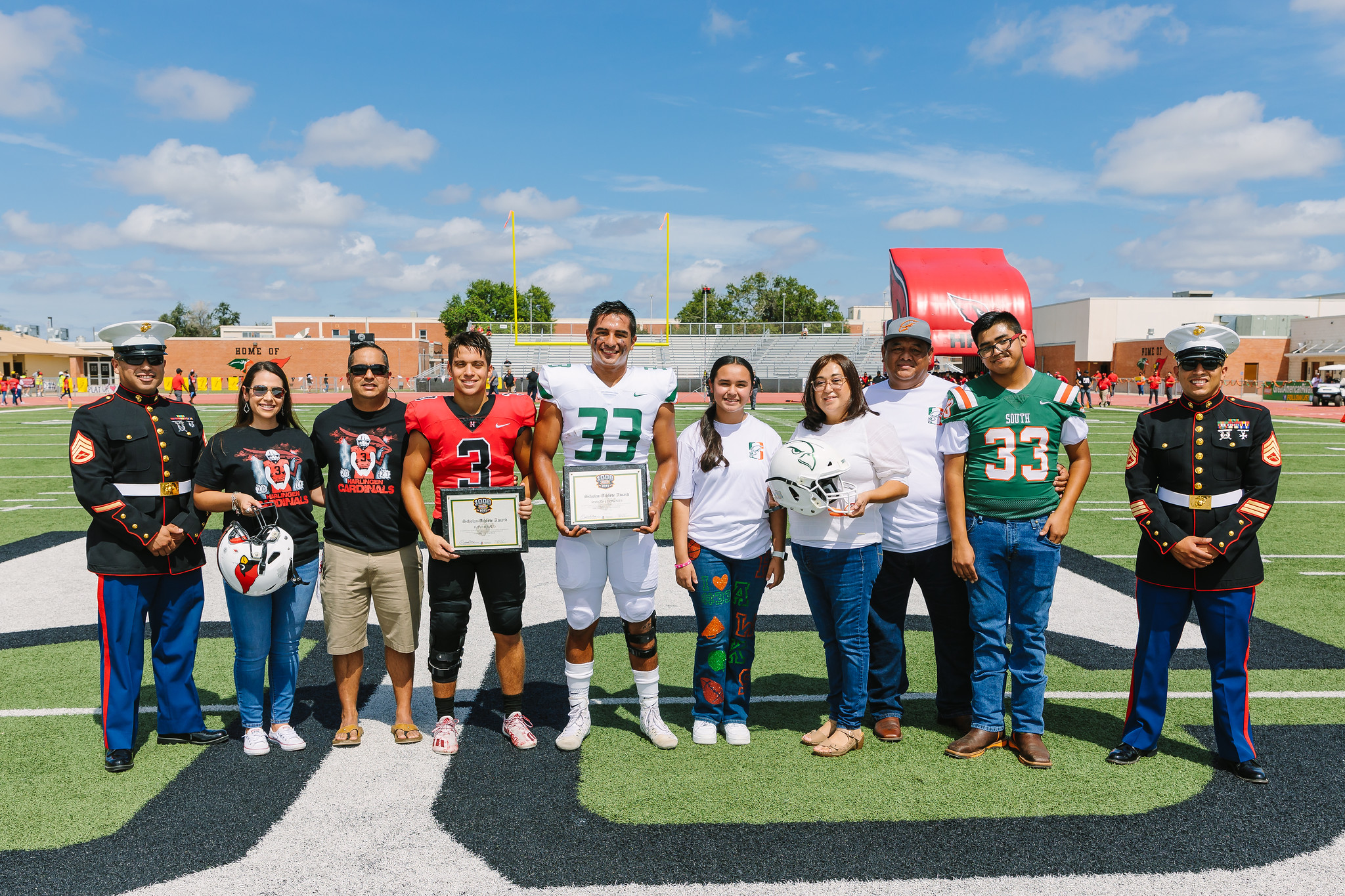 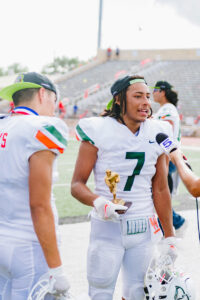 Elias Ledesma, a senior football player from Harlingen High School South was named MVP and received a trophy in recognition.

Isaiah Perales and Marcos Gonzalez were recognized as Scholar Athletes and presented with scholarships by the Marines.

Isaiah Perales is a senior at Harlingen High School, a three-year letterman, and a member of the National Honor Society. After graduation, he plans to attend Texas A&M in College Station to pursue a degree in aerospace engineering.

Marcos Gonzalez is a senior at Harlingen High School South, and he is ranked second in his class. He was voted football newcomer of the year as a sophomore in district 32-6A. He is a member of the National Honor Society as well as a member of the Boy Scouts of America Troop 142, and he is working on becoming an Eagle Scout. After graduation, he plans to attend the University of Texas or Harvard.