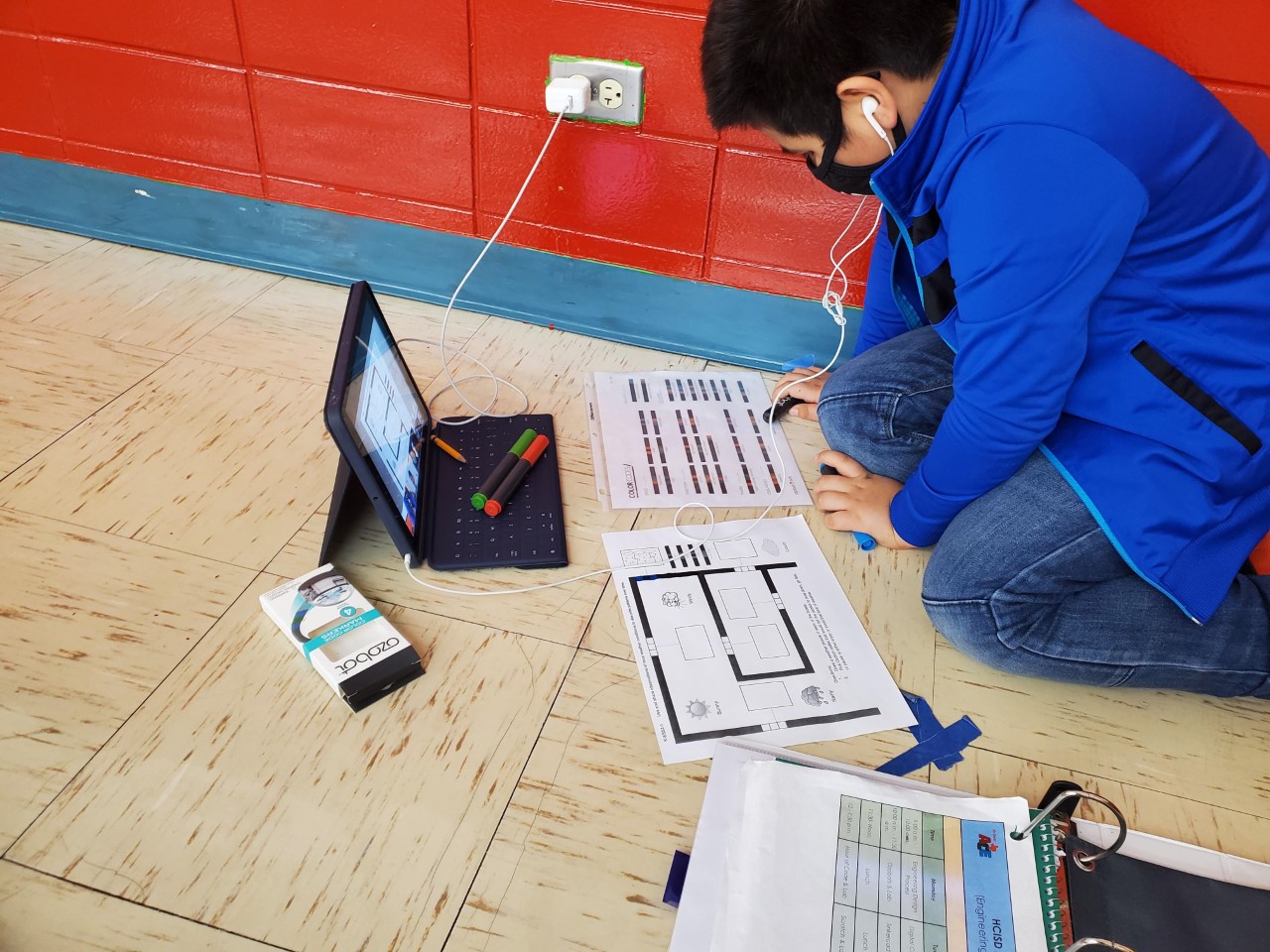 Students in kindergarten through eighth grade have an opportunity to learn about computer science through the ACE after school program. In December, they participated in National Computer Science Week and learned how computer science is involved in their culinary, fitness, and other classes.

“We decided to create a week’s worth of creativity in the computer science industry,” Long Elementary ACE Coordinator Elsie Ibarra said. “Being that it’s a broad field, we had to teach our children, especially elementary, very basic instructions on how a computer works. Kinder through second-grade students use other manipulatives, but they are still learning about computer science.”

STEM classes, however, are not a new concept to the ACE program.

“This is our second year that we are focusing on STEM because we are trying to reach the vision of our district,” Ibarra said. “Being that our director, has a background in computer science, he has taught us a lot. We have gone into areas that we had to learn ourselves through academies.”

Although the ACE program offers culinary arts, esports, and a variety of other classes throughout the year, during National Computer Science Week, students focused on 3D design, animation creation, and the Hour of Code.

“Here at Long, my theme was Computer Science Among Us,” Ibarra said. “So, I incorporated coding classes that created an animation, an Among Us character. The week of computer science, I actually challenged the students to make an animation video through iMovie.”

“During this week, we kind of did some stop motion videos, some coding, and some Tinkercad,” Mendoza said. “My favorite was the stop motion videos. I made some ice cubes coming out of a Play-Doh cup. The ice cubes were melting throughout the shots. It took me 30 minutes to create one clip that was super short.”

Mendoza has been part of the ACE program for three years, and he enjoys the cooking classes the most.

“What I like about ACE of course is that it’s free unlike other afterschool programs,” Mendoza said. “It teaches you more than any other program, and they add on different classes every single year.”

Each of the 10 campuses that hosts the ACE program has their own coordinator, and although they all focused on the same concepts during National Computer Science Week, activities varied slightly from campus to campus.

“We had another school, Crocket, that did a human robotics activity,” Ibarra said. “We showed them how to make a peanut butter and jelly sandwich. What they didn’t realize is that it was teaching them simple orders to create a successful plan. It was incredible for the kids to understand that culinary arts can also provide STEM lessons.”

By participating in events like this, Ibarra hopes to teach students and parents that there is more to explore when it comes to computer science.

“With everything going virtual now, there is so much more to learn about how a computer actually works,” she said. “This generation is leaning towards that, ‘How do you make Tik Toks?’ Well, how do you? It’s all computer science.”