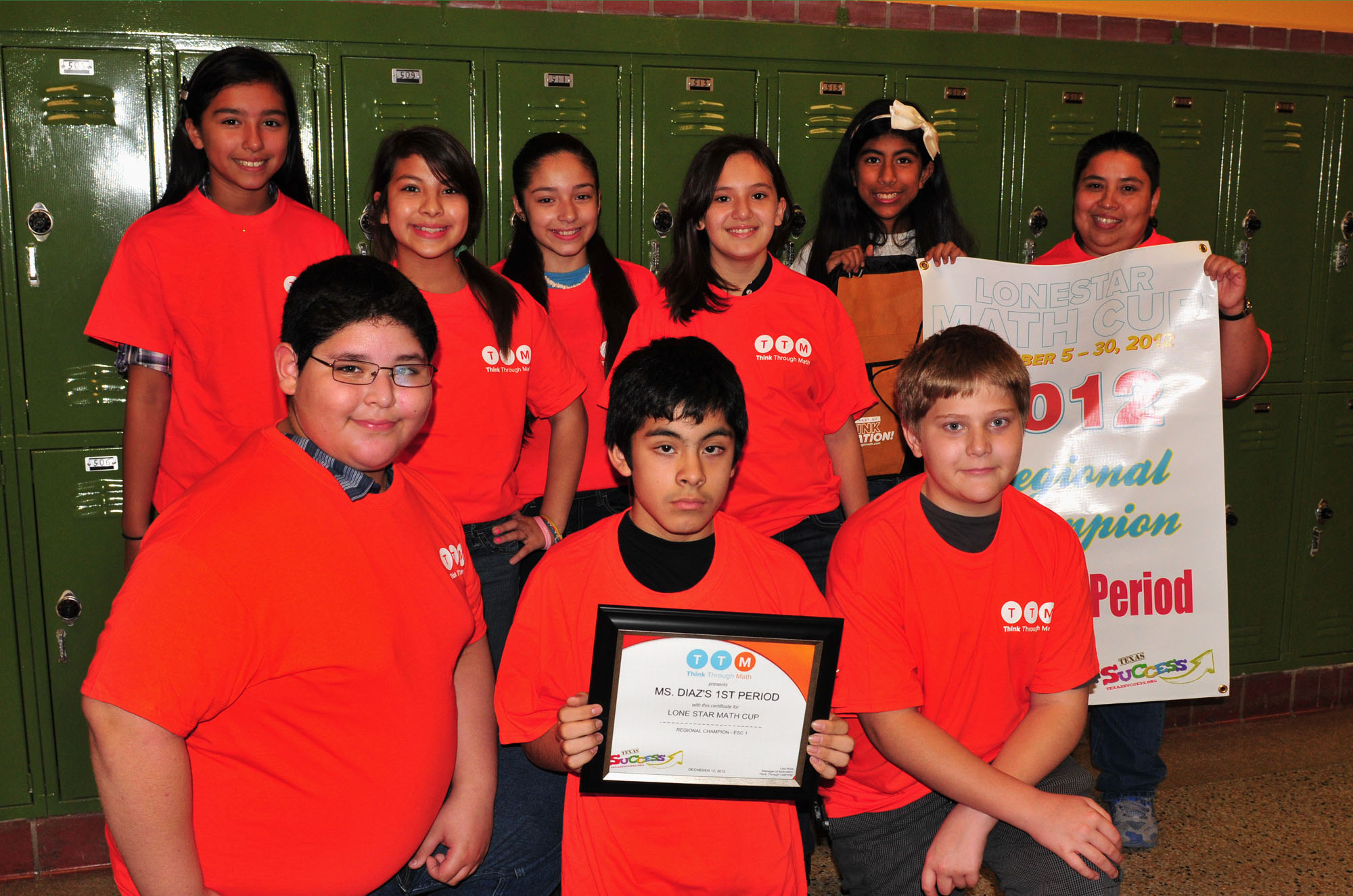 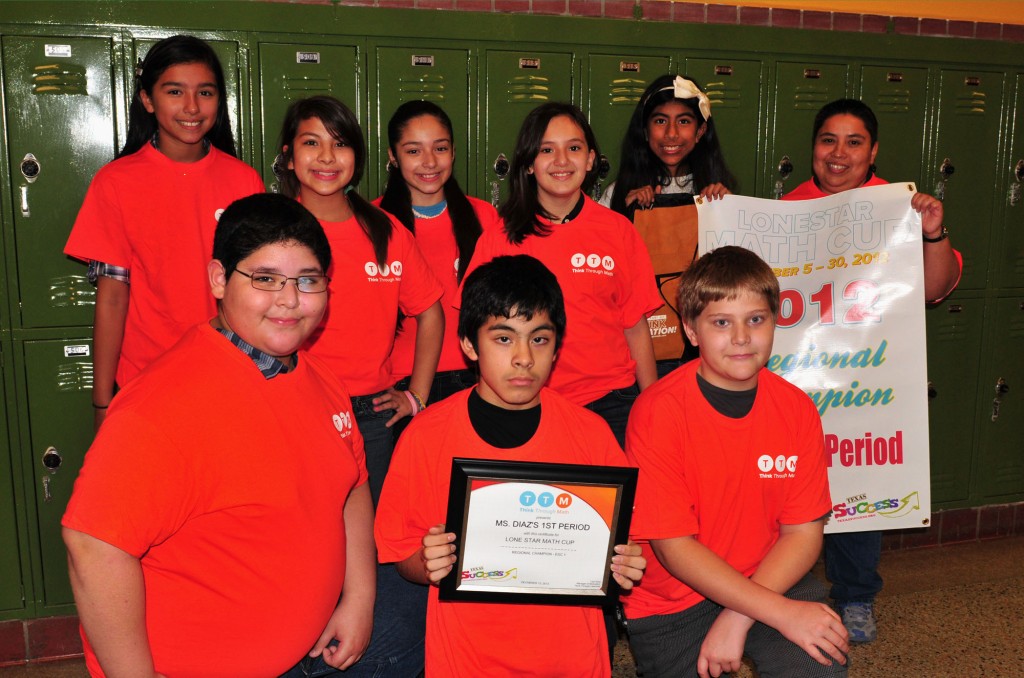 Diaz and her class were awarded the Region One Champions of the LONESTAR Math Cup competition hosted by Think Through Math (TTM). To be named champion, students had to compete in the computer-based competition by solving math problems, and receiving points for every answer found.

The team had one month to solve as many problems as possible. They ended up solving a total 13,345 problems, and competed against over 25 districts in lower Texas for the title.

A similar belief was felt throughout the classroom. Students were cheering throughout the halls when they were notified of their win. They even got together to sing a celebratory tune loud enough to where the classroom next door could hear, Diaz said.

It took many hours of work inside and outside of the classroom to achieve their winning score, but it proved to be fun activity for the class. With TTM, students were able to use their points to create customized avatars. The avatars encouraged students to go beyond their assignments and work from home, Ramirez said.

Select students were also awarded the title of top performers in three different categories. Carla Arellano was awarded for spending the most time on TTM, Angel Nieto earned the title of most problems attempted and Bridget Horta scored the highest post-quiz average.

The awards weren’t the only benefit of entering the competition. The problems students had to solve were designed to equip them with the tools they need to be grade level ready. It also supports STAAR readiness, and prepares them for achieving success in the state exam.

“My favorite part of the competition is that it helped me to learn more,” said Horta. “If I don’t understand it the first time, I can practice and understand it better.”

Diaz has noticed positive changes in her classroom and a difference in her students’ abilities to solve problems after completing the competition.

“There was a big improvement in their math skills because of the self confidence they gained from participating in the competition,” said Diaz.

To celebrate their win, the campus hosted a special announcement ceremony for all of the students on Dec.19. At the ceremony the students received a championship banner and a customized t-shirt. The top three performers were also notified of their prestigious standing.