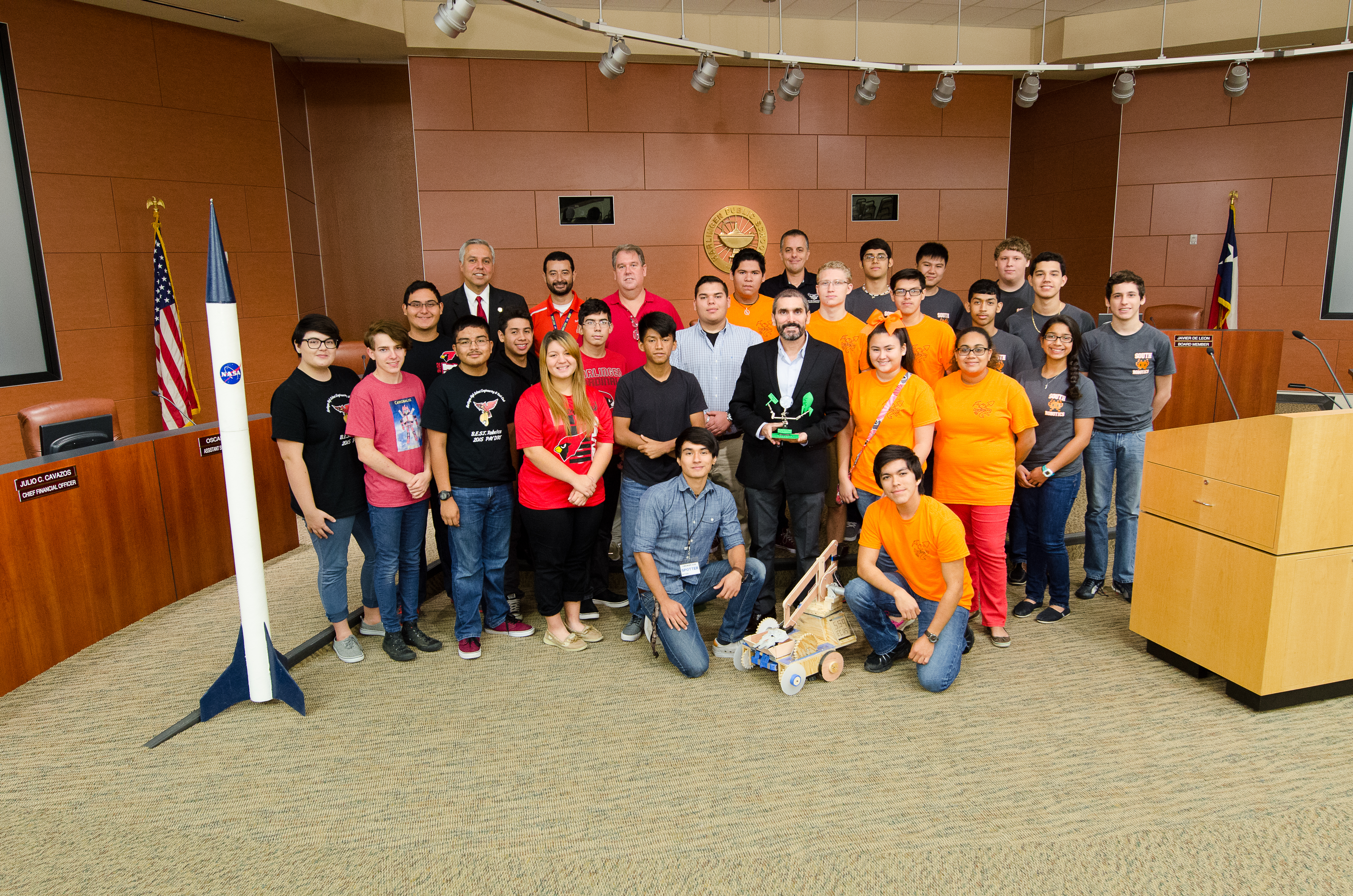 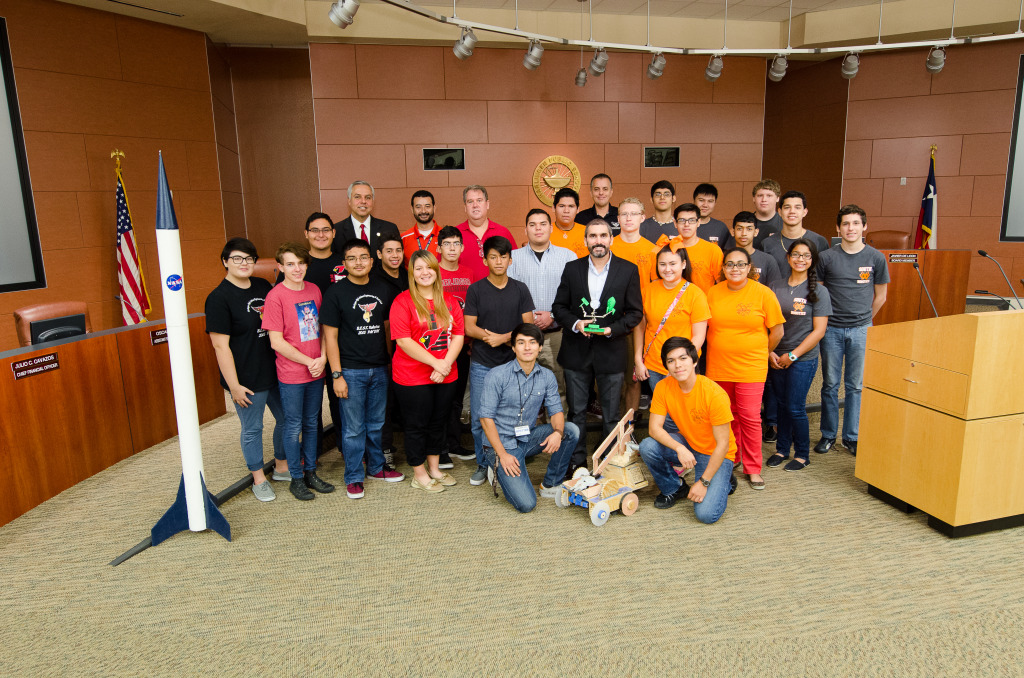 The University Interscholastic League will host the first ever UIL robotics pilot program to begin during the 2015-2016 academic school year.

“We need to create pipelines connecting students to the fields of STEM,” said HCISD Superintendent Dr. Art Cavazos. “As superintendent and a member of FIRST in Texas Board, I commend the UIL’s decision to implement a robotics pilot program. The only way to remain competitive as a nation is to prepare our students for the high-demand professions of tomorrow. By working together, we can ensure the widespread accessibility of STEM-related activities for our students.”

The robotics program has been gaining traction at HCISD for over ten years with high school students actively competing in BEST as well as other contests. The up-and-coming Gutierrez Middle School team has taken part in FIRST competitions in more recent years inspiring other middle schools in the district to follow suit.

“Programs such as FIRST and BEST allow students to participate in real-world high-tech scenarios that will inspire them to pursue STEM educational pathways,” said Dr. Nolan Perez HCISD Board of Trustees President and FIRST in Texas Board Member. “At HCISD we are fortunate to offer robotics at all three of our comprehensive high schools, but that is not the case in rest of the state. Less than 20 percent of all high schools in Texas have a robotics program. The new partnership with the UIL will change all that.”

From grants on behalf of the United Launch Alliance to the growing number of members in engineering clubs, HCISD has seen a surge in support for robotics.

Going forward, HCISD aims to bring robotics to scale across by introducing the program to early adopters at the lower grade levels. To this day, ten of the district’s 17 elementary campuses have adopted the robotics program.

“I’m thrilled that we are introducing STEM to the elementary level,” said Paul Tenison HHS engineering teacher. “There’s a need for students to take an interest in STEM and robotics is a great way to get their attention at an early age.”

“There is a clear need to prepare today’s students for the jobs of tomorrow, many of which are STEM-related,” said Dr. Charles Breithaupt, UIL Executive Director. “STEM is a top priority for UIL, and FIRST and BEST have a proven track record of success in preparing students for a future in STEM careers through robotics competition.”

All UIL high schools will have access to the UIL robotics pilot program. The UIL Robotics Championships: FIRST Division will take place at the Austin Convention Center on July 28 -30, 2016 and the UIL Robotics Championships: BEST Division will take place in the late fall of 2016.
FIRST and BEST pilot programs will operate independently of each other.

The UIL Robotics: FIRST Division will have two programs, FIRST Robotics Competition and FIRST Tech Challenge. Teams from both programs will qualify for the UIL Robotics Championship based upon their team performance during their 2015 – 2016 FIRST competitions. Anyone interested in starting a new FIRST team will find important information including training sessions and a list of competitions to attend at www.firstintexas.org.

For more information regarding the UIL robotics pilot, visit www.uiltexas.org/academics/stem/robotics.